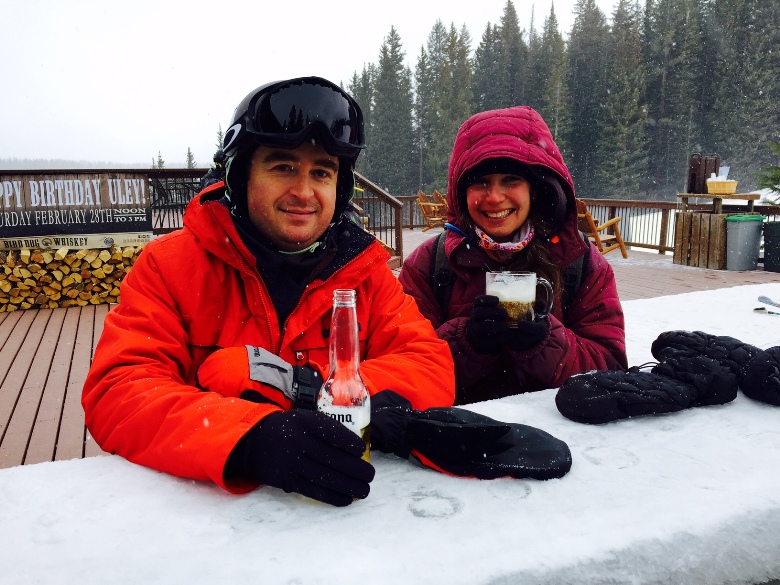 CRESTED BUTTE, Colo. — Tucked away in a private pocket of Colorado, off the beaten path from trendier resort towns like Aspen and Vail, Crested Butte could be perceived as laid back.

The town is small and sleepy. The crowds are minimal. The resort is not overly fancy. The mountain, however, is conducive to serious shredding. Rebels can abound.

Rebels like my younger cousin Mel, 24, a hardcore skier who went against the grain in her youth and gave snowboarding a try — just to prove to her siblings she could be different. She quickly switched back to skiing, but the point was made.

This month, in my second trip to Crested Butte, I decided to take a page out of Mel’s book. Growing up a skier, I switched to snowboarding in high school to be a rebel and haven’t skied in over 15 years. Until now.

Yes, maybe I had something to prove. As the only snowboarder of the family, I constantly am berated for my choice in snow equipment. OK, well not really. Still, I wanted to prove to them and myself that I could still ski with the best of them.

On this sunny day the conditions couldn’t have been more ideal. I borrowed my dad’s boots and skis and headed up the mountain with my other younger cousin, Reggie. Crested Butte Mountain Resort prides itself in having some of the best “corduroy” in Colorado, and on this day it didn’t disappoint. Perfect, I thought — just a few nice, easy groomers to ease me back into the swing of things.

The first run was like driving a stick shift for the first time in 20 years. The second run was like riding a bike. And by the third run, I was shredding down some of the best groomers I’ve cruised in a long time. It was smooth sailing.

Except, I couldn’t help but think I could be having more fun on my snowboard. And that was that. Just as quickly as I hung up my skis in high school, I’m hung them back up for a second time in Crested Butte.

But I proved my point. So what if it was only for three runs? I was a rebel in that short window. That’s the beauty of Crested Butte — it brings out your inner rebel.

Back on my snowboard I explored some of the epic terrain the rest of the mountain has to offer. And if you’re an intermediate to advanced skier or boarder, it can truly be epic. There are more than 1,500 skiable acres, 57% of intermediate terrain and a handful of great terrain parks. When you’re in your 30s, just don’t get too bold in those terrain parks.

I learned that the hard way on our last day. After a lunch stop — perhaps at the famous Ice Bar known for fueling you up with liquid courage — I let my inner rebel get the best of me. I attempted a rail slide and tumbled head over heels.

Lesson learned. Maybe I’m not so much of a rebel.