Ten ways for families to celebrate fall in the Midwest 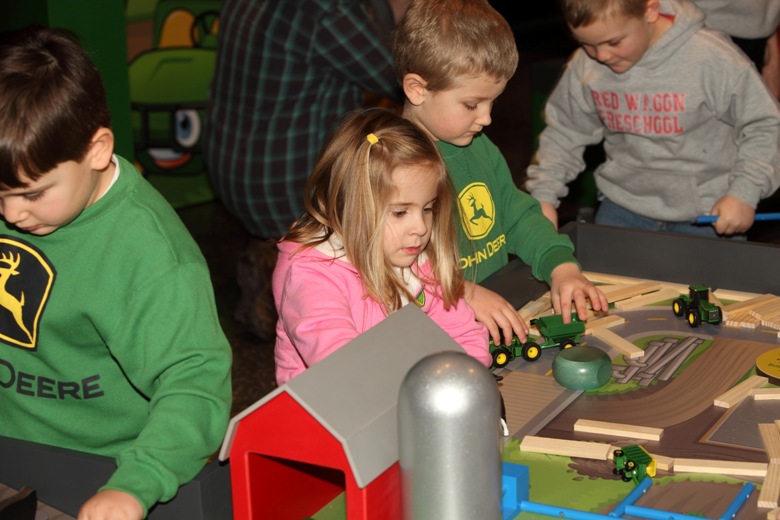 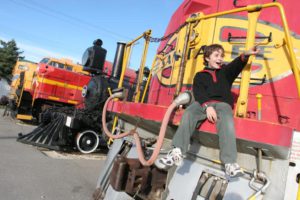 Celebrate everything trains at the Illinois Railway Museum in Union, Il

Who knew the small city of Rockford, Ill., a little more than an hour from Chicago, is home to Jane, the most complete juvenile T-Rex (about 11 years old, scientists estimate) and Homer, the most complete adolescent Triceratops. He’s seven feet tall and weighed more than two tons! You can visit them both at the Burpee Museum of Natural History (www.burpee.org).

Truth be told, paleontologists don’t really know whether Jane or Homer were male or female. Jane was named for Jane Solem, a major benefactor of the museum and Homer by Helmuth Redschlag, a “Simpson’s” fan who discovered the cache of juvenile Triceratops bones in Southeast Montana while on a Burpee Museum expedition.

I spent a few days in Rockford recently for a travel writers’ conference — Travel Media Showcase — and it gave me the chance to catch up with folks from across the Midwest. Chatting with them made me realize — once again — how much smaller Midwestern cities and towns have to offer families.

That’s especially true in fall when you can:

1. Conquer a corn maze (the world’s largest, winding through 33 acres of corn, is at Richardson’s Adventure Farm in Spring Grove, Ill.

2. Pick Apples In Wisconsin, the Bayfield Apple Festival, is touted as one of the country’s top fall festivals, while Center Creek Orchard (www.centercreekorchard.com) in Fairmont, Minn., hosts a fall festival every weekend with hay rides, scarecrow building and pick your own apples. Minnesota grows more than two dozen kinds of apples.

3. Find your own pumpkins to carve in a giant field. Eighty-five percent of the nation’s pumpkins come from near Peoria, Ill.,. Visit Ackerman Farms in Morton, Ill., which supplies Libby’s food company with the pumpkin that many of us use for pumpkin pies. Come in October for the Punkin’ Chuckin’ contests where a catapult slings giant pumpkins at a target.

4. Count all the colors on the trees. Travel Wisconsin even has a Fall Color Report to track fall foliage changes from across the street. 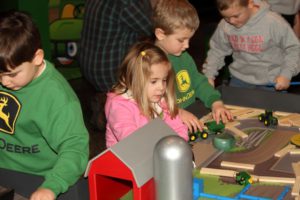 Kids enjoying the farm table at the John Deere Pavilion

6. Design your own tractor or climb up into giant farm machines at the John Deere Pavilion in Moline, Ill.,.

7. Try your hand at “driving” a huge truck down a mine (via simulator at the new Caterpillar Visitor Center in Peoria, Ill., where there’s an entire hands-on area for younger kids.

8. Celebrate everything trains at the Illinois Railway Museum in Union, Ill. It’s the country’s largest railway museum. If you have kids who love Thomas the Tank Engine, they’ll love the collection of steam, diesel and electric locomotives, passenger and freight cars. Teens will love Terror on the Railroad that lets you take a ride on the possessed Screamliner.

9. Visit a farm or cheese factory in Wisconsin where more than 600 varieties of cheese are made, more than any other state. Large numbers of Swiss immigrants came to Wisconsin in the 19th century bringing their cheese-making prowess with them. The town of Monroe is considered the nation’s Swiss cheese capital and is home to the National Historic Cheesemaking Center . (Cap off a Wisconsin visit with a stop in the Wisconsin Dells, the water park capital of the world. There are plenty of indoor water play areas.

10. Learn about the Amish way of life in Grabill, Ind., near Fort Wayne where you also don’t want to miss the chance to eat the biggest caramel apple you’ve ever seen at DeBrand Fine Chocolates — after you take a factory tour, of course.

Don’t get me wrong. I love big Midwest cities, too — Chicago (My “Kids Guide to Chicago” will be out before the holidays) and St. Louis, Minneapolis (the Mall of America claims it has the biggest trick-or-treat festivities anywhere in the country, St. Paul and Kansas City, where the American Royal Livestock, Horse Show and Rodeo is a fall tradition, starting in October.

But sometimes we forget how much smaller cities and towns have to offer — not least of which is the chance to slow down for at least a day or so. When my kids were small and we lived in Chicago, we made it a tradition to head out of the city in fall (to pick pumpkins) and again at the holidays (to chop down our own Christmas tree). The kids have never forgotten those forays. Wherever you live, make time to head out this fall to explore a part of your state or a neighboring one that you don’t know well. You’ll be amazed what you and the kids will discover. For more fall getaway ideas, check out the Taking the Kids Guide to Favorite Fall Getaways.

Do you know why barns are painted red?

It seems that farmers used to make their own paint from things like linseed oil and iron oxide, which gave the paint the red color and created a durable finish that protected the barn’s wood. Now, it’s a tradition.

I learned that at the Discovery Center Museum (www.discoverycentermuseum.org) in Rockford, Ill., where there is an entire area devoted to farming — even the chance to smell farm scents (can you recognize the aroma of manure, dirt or clover?) We learn that farmers could milk six cows in an hour by hand. Now, with machines, they can milk more than 100 cows an hour.

I was also surprised to learn that Wisconsin is the national leader in cranberry farming, producing more than half the cranberries Americans eat. Visit the Cranberry Discovery Center (www.discovercranberries.com) in Warrens, Wis., drive the Cranberry Highway or come for the Warrens Cranberry Festival Sept. 27, the largest, they boast, in the country with parades, tours of the cranberry bogs, contests and good eats.