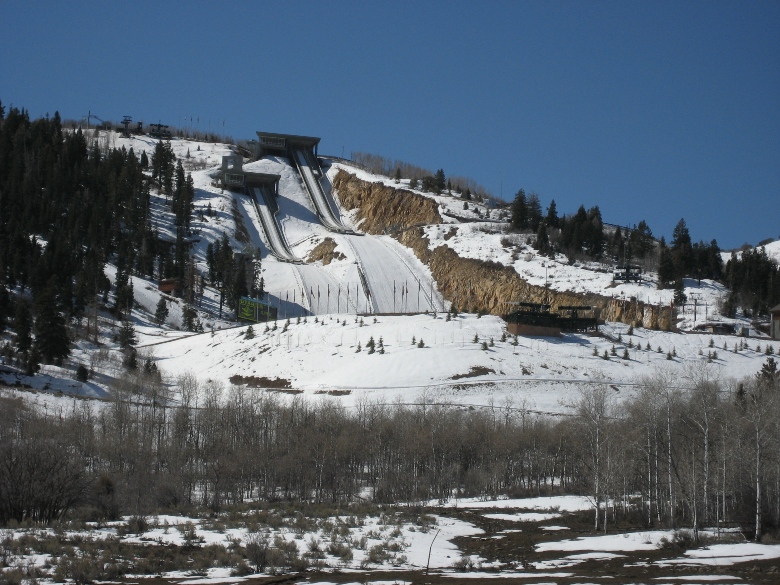 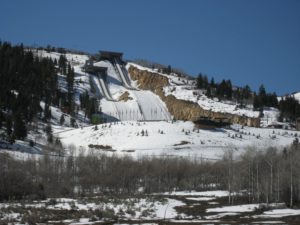 DAY THREE — The fun doesn’t stop in Park City when the ski season is over. In fact, there’s probably more to do for a lot less money when lodging drops as much as half and you can find a condo for under $100 a night and restaurants offering two-for-one specials. On Friday nights, see a free film — a winner from the Sundance Festival held here every winter at the city park.

Take your pick — you can ride a lift up the chairlift at any of Park City’s three resorts and go mountain biking or hiking. Deer Valley alone has a mountain bike school as well as 50 dedicated trails. There are mid-mountain hiking trails that connect the resorts and the Olympic Park — 27 miles! –where incidentally locals turn out in force on Saturday afternoons to watch Ski jumpers practice their jumps, landing in a pool at the bottom. And you can test your mettle on an Olympic toboggan run. “The G forces really surprised me,” local Steve Williams said .

There is an Alpine slide and an Alpine Coaster at Park City, places to go fly fishing and white water rafting. An hour away in Sundance, you and the kids can take art classes (jewelry making anyone?). There’s a Park Silly Market every Sunday selling everything from fresh sushi to lobsters flown in from Maine to antiques. Everything is recycled too.

The thing about Park City in summer, locals tell me, is that it’s got the 21st Century entertainment — everything from a zipline to an alpine coaster to mini golf — but it’s also got plenty of hiking and mountain biking and of course the chance to visit Olympic Park. Steve Wilson, a father of three who spends Saturdays as a Mountain Host at Park City Mountain Resort, tells me his family’s favorite summer hike is up to Shadow Lake within the Park City Mountain Resort. “Last summer we saw a moose in the lake,” he said. “It was incredible. We take lunch and have picnics there.” Even kids who don’t really like the outdoors will like it here,” he promises.

There’s another plus to visiting Utah, he says, because everyone is so family-centric here (likely the Mormon influence, he suggests) and everyone is also welcoming to visiting families.

Check out the “flying aces” show every Saturday at the Utah Olympic Park as ski jumpers practice, landing in a pool. There are free concerts at Deer Valley on Wed and at the Canyons on Saturday nights (Visit the Olympic Park free every day but Saturdays when the charge is nominal and it seems like the whole town might show up to watch the ski jumpers show their stuff.

There’s even a new history museum. And just in case that’s not enough, you are within a few hours of Utah’s national parks.