The Greatest Show On Earth Is Out of This World 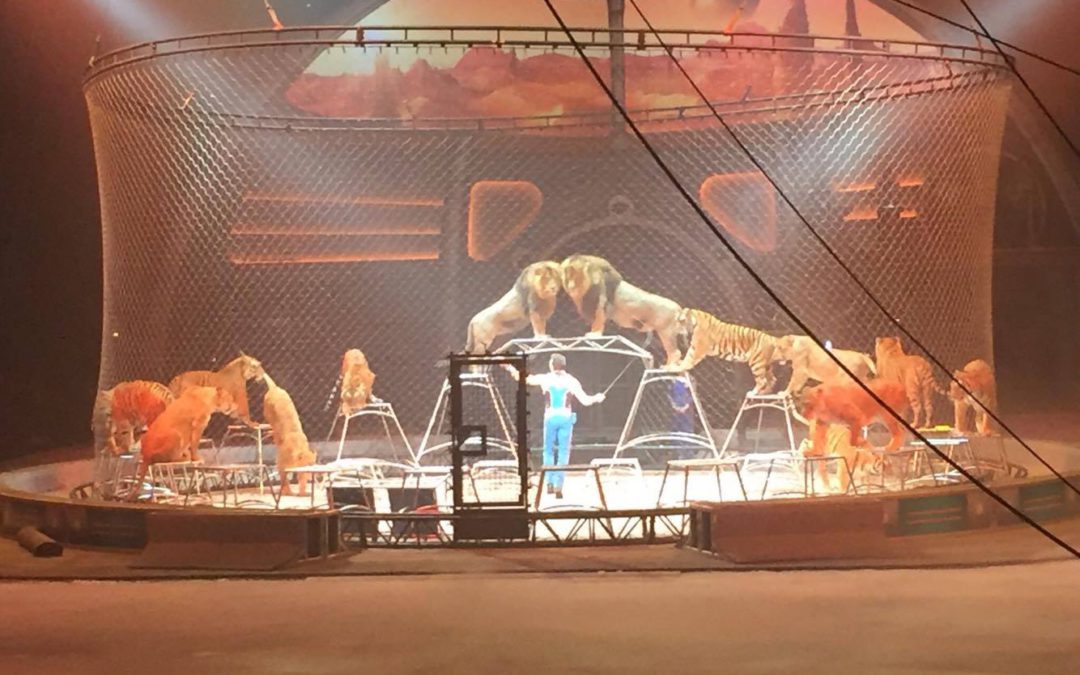 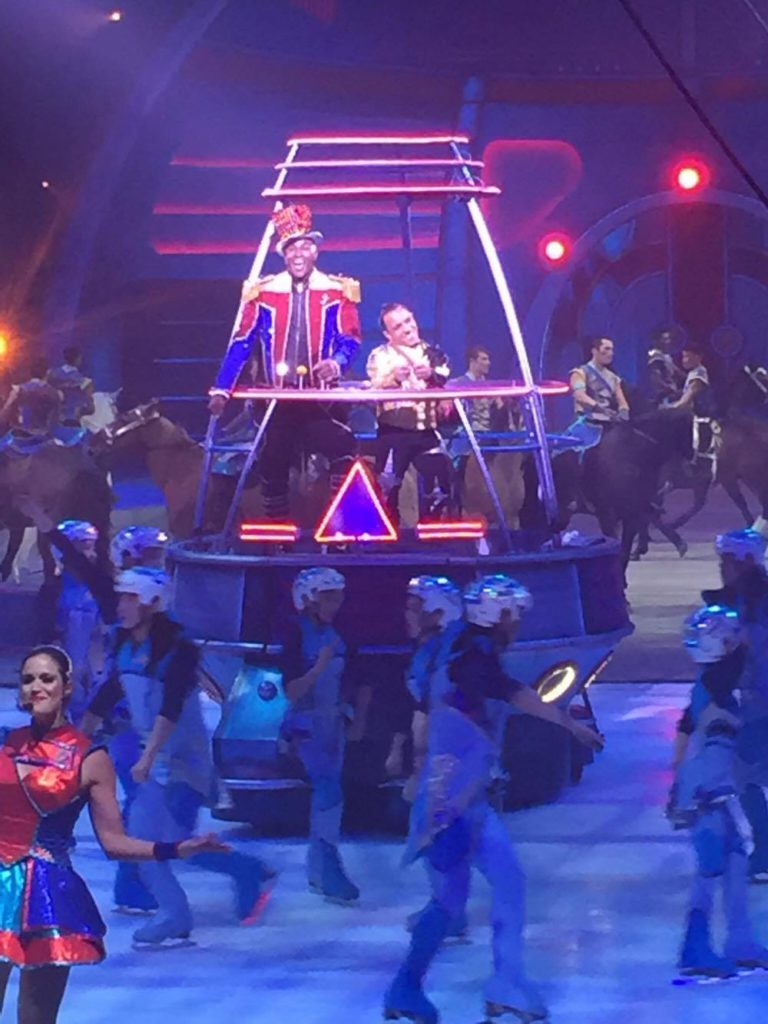 LOS ANGELES — There are only a few of classic outings that will never get old: going to the beach, a picnic at the park, heading to the carnival and going to the circus!

Lucky for you, the circus is in town!

The creative team of “Out of this World” developed this show with its first-ever character-driven storyline that leads into an old-fashioned good versus evil rivalry between Ringmaster Johnathan Lee Iverson and “Circus Star Seeker” Paulo against the evil Queen Tatiana Tchalabaev. 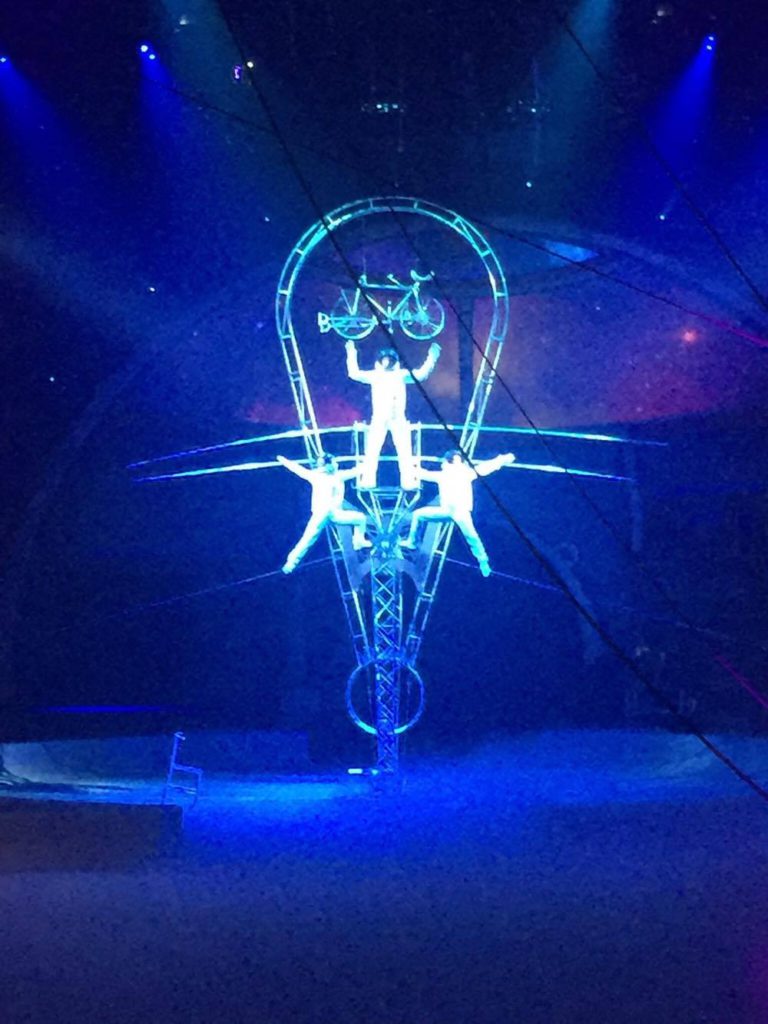 Simet Family Astronauts on their __spacewalk__

The space theme of “Out of this World” opened the opportunity to decorate the stage with planets, a spaceship-shaped entrance, special lighting and an ice rink! With a mix of classic acts such as tightrope walking, trained animals and unicyclists, “Out of This World” also featured for the first time ice-skating performances to build interaction with the audience.

With twists, turns, rings and trampolines, the ice skaters were incredible! The fans watched in awe the entire time.

One five-year-old commented, “I really liked the ice skaters on The Ice Planet because they were doing a lot of cool turns–they had to perfect or else, but they were!”

Before blasting off into the show, audience members had some sneak peeks with Starseeker’s Early-Access pre-show. Alexander Lacey, King of the Big Cats, showed a demonstration with one of his tigers, explaining that the tigers follow commands by sign language. 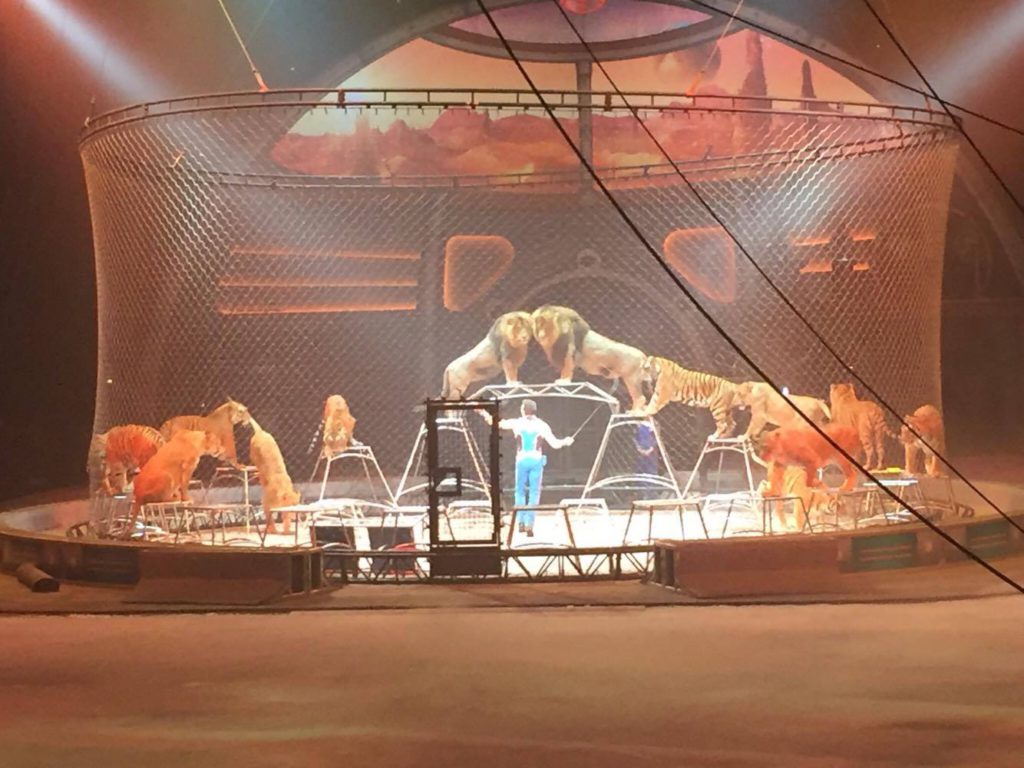 Alexander and the Big Cats

To complete your experience, you are suggested to download the free Ringling Bros. app on iOS and Android. This app keeps in real time with the show to give you a sneak peek of what to expect with performer biographies, fan photos, games and activities and more exclusive content when you see the show live!

The show was packed with action, available for children of all ages. “Out of this World” is perfect for a family outing as Ringling Bros. & Barnum Bailey aim always to put on “the Greatest Show on Earth.”

Ringling Bros. & Barnum Bailey: “Out of This World” will be in southern California this July and traveling throughout the U.S. To find your nearest show and buy tickets, click here. The show runs for approximately 2 and 1/2 hours with an intermission.