The newest hotel guest VIPS are WHO? 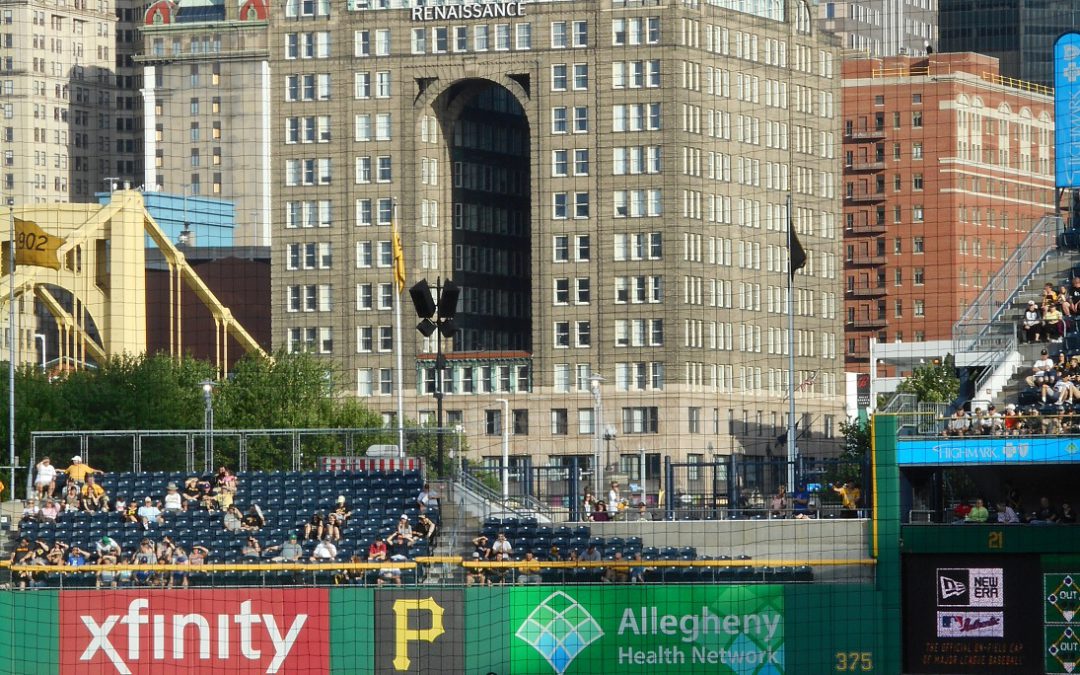 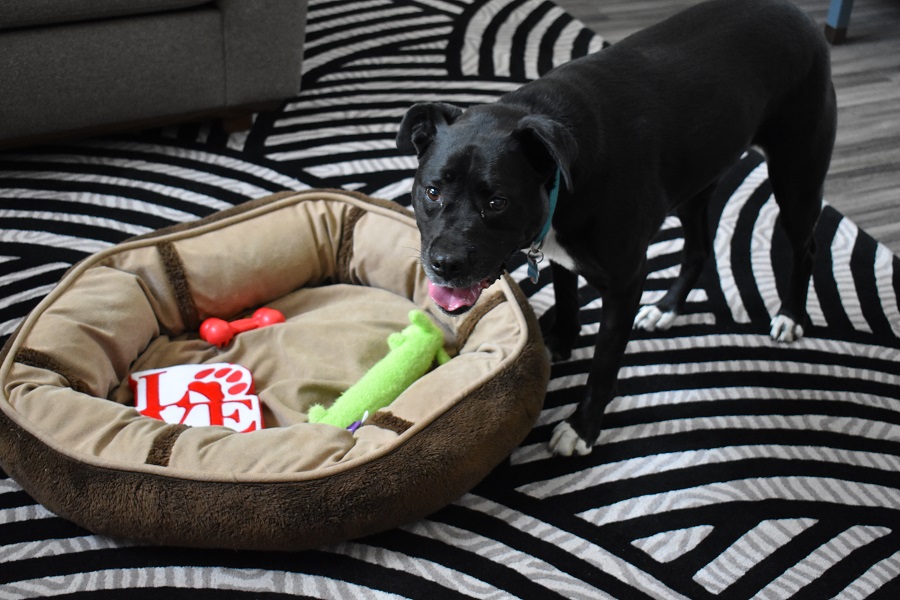 Everyone greeted her with a smile and special treats were waiting in her room.

She was the newest hotel VIP—not the person with the zillions of loyalty points, not kids, though any hotel these days needs to be kid-friendly or parents will go elsewhere.

We are on a cross-country road trip from Connecticut to our new home in Denver with our dog Trooper, an eight-year-old rescued charmer always ready for a pet.

A growing number of hotel chains—including Renaissance where we spent the first two nights in Philadelphia and Pittsburgh—welcome dogs. It used to be hotels were trying to outdo each other to be kid friendly with kid’s gifts, kid-sized bathrobes, cookies left on the pillows, etc.  That’s still the case but now the mantra seems to be “love me, love my dog.”

At the newly renovated Renaissance Philadelphia Downtown Hotel, the super friendly staff left Trooper new toys; At the Renaissance Pittsburgh, she was treated to freshly baked peanut butter biscuits made by the chef himself. 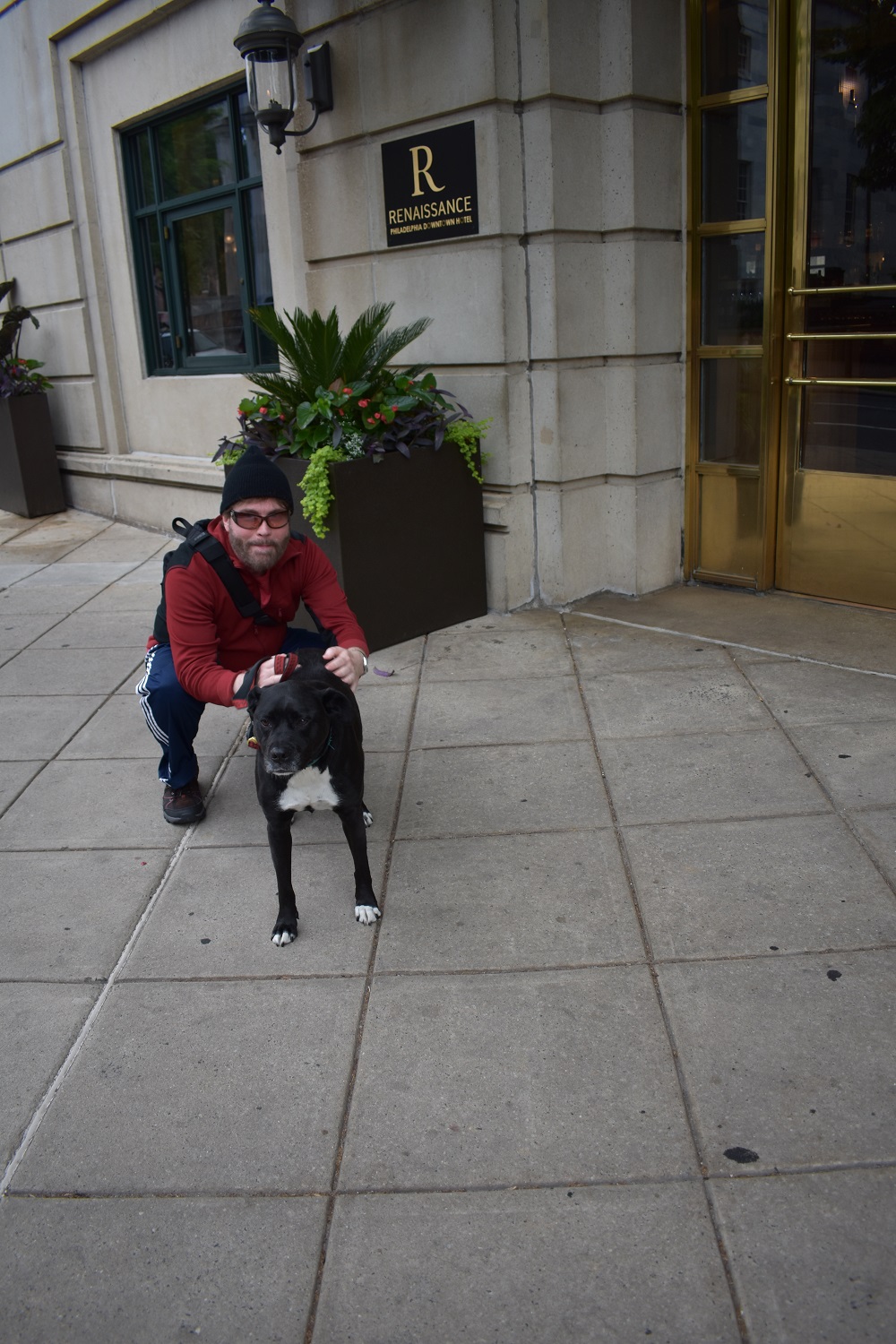 Doggie minder Charles from Fetch! Pet Care minds Trooper while we tour the new Museum of the American Revolution in Philly

In the heart of Old City and walking distance to all of the historic attractions—Independence Hall, the Liberty Bell, the year old Museum of the American Revolution, among others.

Renaissance Hotels—with over 160 hotels around the world includes Navigators, who can connect you to the neighborhood’s hidden gems.

At the Renaissance Pittsburgh Hotel, our room overlooked the PNC Park and the river-front park. When we checked in, I realized traveling with a pooch requires almost as much gear as a baby—bed, food, food and water bowls, toys, etc. No diapers needed but it’s nice to be located near a green area and be sure to pack poop bags.

But like traveling with a baby, a dog inspires contact with other guests—a pet here, a smile there. “I want to go home to my dog!” one guest lamented. 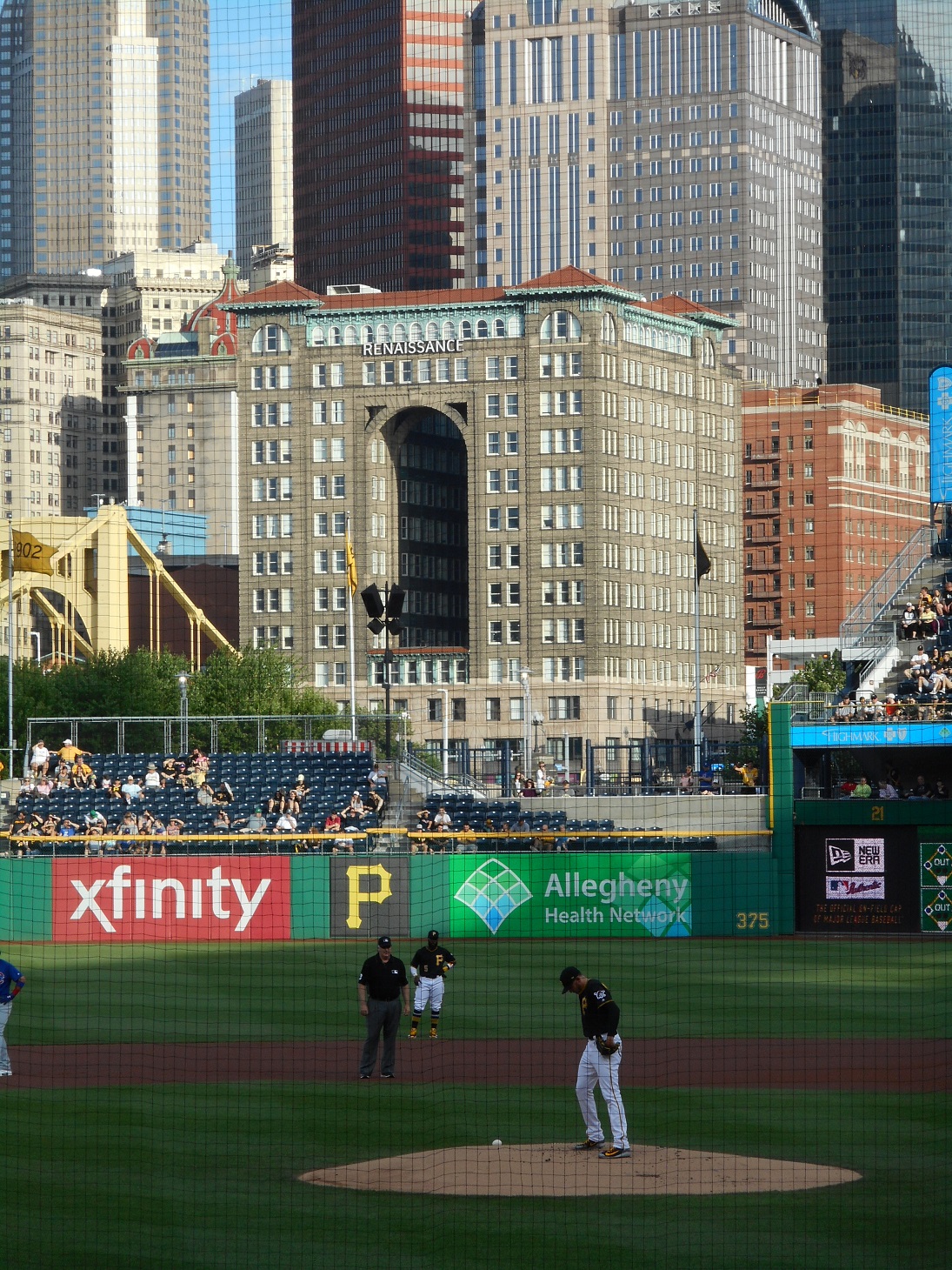 It happened that we overnighted in Pittsburgh for the last of a three-game series between the Pirates and the Chicago Cubs. When my husband Andy joined the throng crossing the Roberto Clemente Bridge to the ballpark to root for the Cubs play the Pittsburgh Pirates, Trooper and I joined others for a long walk along the river front park where boats were parked all along the way, many of its occupants enjoying the early summer evening.

Three rivers connect here – the Allegheny, Monongahela and Ohio. Trooper met, greeted and sniffed lots of other canines along the walk. When we returned near the ballpark, the Pirates had celebrated a home run with a burst of fireworks from the scoreboard in center field. Trooper had a minor freakout but it was over quickly. Back at the hotel, one of the guests laughed that the night before had been “bring your pup” night to PNC Park – “but they still had the fireworks and dogs were freaking out all over the place.”

When we get back to the hotel, Trooper was even welcomed at Braddock’s Pittsburgh Brasserie where she slurped water while I sipped wine and surreptitiously slipped her pieces of my excellent local grilled Kielbasa, served up with sauerkraut and pickled vegetables.  (We learn a little history too—the Whiskey Rebellion started in Pittsburgh not long after the American Revolution was a protest against a tax that penalized small producers.)

Trooper and I go upstairs and watch the lights of the ballpark and another not-so-scary fireworks display from the distance. The Cubs lost—sad!

Nexy morning, Trooper joins us for breakfast at Braddock’s and we meet executive chef Nick Saxon, who tells us his aim is to make “a restaurant that is part of the hotel instead of a hotel restaurant.”

To that end, Saxon does weekly cooking demos in the lobby, roasted a whole pig and offered samples to those on their way past the restaurant to the Pirate’s season opener and is unveiling a new menu with the emphasis on what local purveyors offer—from chickens coming from nearby Amish farms, freshly made pasta and ravioli from the Italian neighborhoods, Kielbasa and pierogis, among other foods. A rooftop garden complete with bee hives is in the works and Saxon, himself the father of three, wants to encourage local families to visit—he’s just ordered crayons for kids who hopefully will be inspired to draw on the butcher paper that cover the tables.

The Pittsburgh culinary scene is exploding, he said, as more people are coming to Pittsburgh from around the world to work and are opting to live in the city.  Chefs, like in other cities, are returning home, bringing what they’ve learned elsewhere and like Saxon, are anxious to support the local community.

“Kids,” he said, “Are the future of the culinary scene.”

Back to the doggie adventure – day 3 ends in Indianapolis at the very dog-friendly Omni Severin Hotel in Indianapolis, where another chef has prepared a gigantic “Trooper” Doggie cake, which smells a lot like peanut butter. Will she ever eat her kibble again?