The Season of Force Awakens at Disneyland 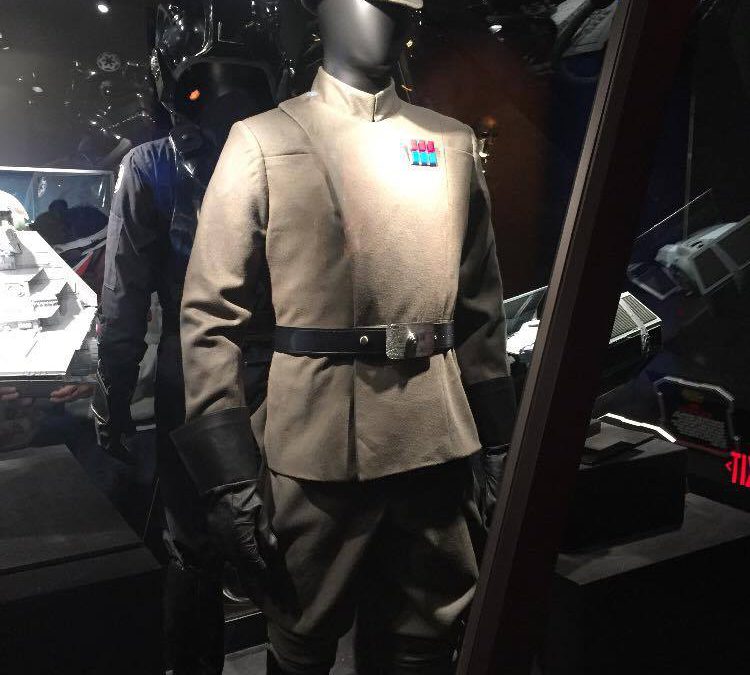 ANAHEIM, CA–“You there! Stop!” commanded someone from behind. As I turned around with shivers down my spine, I was being interrogated by some of the galaxy’s most vengeful soldiers: Stormtroopers.

In 2012, Disney acquired Lucasfilm and one of the most popular franchises in modern day: Star Wars. Not wasting any time, Disney made space in its Tomorrowland sector of their Disneyland park, debuting new attractions for Star Wars fanatics!

On Thanksgiving Day, the entrance gates opened to the general public at 8 A.M., and Disneyland goers wasted no time to make their way towards Tomorrowland to experience the new Star Wars: Season of the Force attractions.

“Star Wars was something I’ve grown up with. I saw the first film when I was three years old. I’ve gone from collecting the action figures to being one–I’m a member of the 501st Legion…It’s just incredible,” shared Richards.

Inspired by Richards’s words, I walked into the entrance of Star Tours–The Adventures Continue. Taking my seat and strapping on, everything was calm as C-3PO and R2-D2 were in command. However, Stormtroopers and Tie Fighters were quickly approaching–we were under attack! Dodging Imperials left and right, we were left stranded to ride across the galaxy alone. Nonetheless, the Rebels found us and we were saved.

That was the first ride of the day, yet I wondered, “What galactic troubles can I get into next…?”

Although it was tucked on the further end of Tomorrowland, Hyperspace Mountain was also not short of any prospective riders. In fact, the Stand By line filled up so fast that more people were moving towards the Fast Pass distribution line, including myself. Fast Pass slot times were moving fast, for I allocated a 1:10-2:10 P.M. return time on my Fast Pass. However, when I returned at that time slot, the ride was temporarily out of service. Ride representatives informed the public that if the ride was up and running again, they will respect all Fast Passes for which none more were being distributed.

When my stomach grumbled at this moment, it was time to ascend to The Galactical Grill. Debuting a selection of food plates with a galactical spin-off, the headlining selection was “The Darth Tamale.” Encouraged by a Star Wars fan who addressed himself to the cashier as “Darth Vader,” I also ordered the Darth Tamale.

If there was one word to describe the Darth Tamale, it would be: Delicious. What some people may be worried to try, I thought was a delicious tamale covered in red salsa, green salsa, cheese, and scrambled eggs. Don’t worry, it’s not spicy!

With breakfast eaten, it was time to discover a new building looking at me for the past 15 minutes.  Meant to be a home for Star Wars fanatics, Disneyland also debuted the Star Wars Launch Base. In the Star Wars Launch Base, there are exhibits that hold costumes, models, and more antiques to exploit the Star Wars franchise. After dreaming constantly about flying an X-Wing, I was tempted to put on the suit and helmet that was being displayed in a case.

In addition, a short documentary reran to explore an inside look at past Star Wars films as well as the upcoming film projects. At the end of the Star Wars Launch Base experience, two paths lead you to meet with a leader of the Imperials or the Rebels: Darth Vader or Chewbacca. Let’s just say Darth Vader was not too pleased to meet anyone who was a fan of the Rebellion…

In the Star Wars Launch Base, Angelica Soto was just exposed to the whole Star Wars franchise for the first time.

Angelica Soto, a 17-year old girl, not only visited Disneyland for the first time, but she also was never exposed to Star Wars until Thanksgiving Day. To catch a quick glimpse of what Star Wars was, Soto went to the Tomorrowland Theater that featured Star Wars: Path of The Jedi, a montage of popular scenes from Star Wars movies to celebrate the franchise.

Once Soto caught a glimpse of what Star Wars was about, she was excited about riding Hyperspace Mountain. Soto also had a 1:10-2:20 PM Fast Pass that was not redeemed until the early evening, when the ride was running again and the Stand By wait time was two hours! So many fans were eager to ride the new attraction–it was shocking to see people still willing to wait those two hours!

As for Soto and I, settling for a 25-minute, Fast Pass-wait time seemed much more satisfying. As we approached the front of the line, riders were clapping on their way out of the final tunnel! What was it like?!

“You’ll have to see yourself!” replied a rider.

Built to simulate a roller coaster ride, it was another galactic battle I was jonesing for! Tie fighters left and right! An X-Wing heading down–and another! Was this one going to the Imperials…? Not for long as the cavalry made a strong comeback, and once again the Rebels triumphed! I may have let out a loud “Woo!” at the end of the ride.

With her very first day of Disneyland drawing to an end, Soto was thoughtful about the day. “I’m definitely a fan of Disney. I love watching the movies, and I know a lot of their characters and the amusement park itself was very enjoyable.”

“I don’t know much about them, but I find the Star Wars characters very interesting and different…I would see myself being a fan,” admitted Soto.

The moment of truth came when Soto was asked if she would see the new movie: “Absolutely–I might not know much about what’s going on, but it gives me some motivation to catch up on the old movies first!”

It was safe to say that newcomers like Soto and fanatics like me enjoyed the new experience of the Star Wars franchise at Star Wars: Season of the Force. Watching Star Wars was an obsession I had at a young age; Every drawing I drew was of the Millennium Falcon! Being able to reconnect with the franchise at Season of the Force was an experience I couldn’t have dreamed any better. If R2-D2 is beeping, the X-Wing is flying, and the Tie Fighters are on their way, then I will prepare to combat the Dark Side.

Therefore, may the Force be with us.

Christopher Morales is a high school senior from Los Angeles