There’s something about Orlando 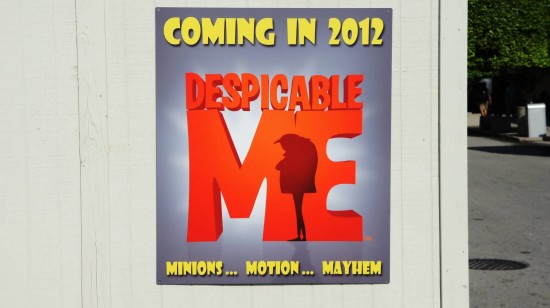 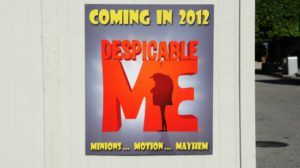 Despicable Me underway at Universal Orlando

Are you a first timer?

First timer to Orlando, that is.  It can be overwhelming, I know. I’ve talked to lots of you in the parks and around the hotel pools.

It can also be a lot of fun—as long as you plan smart.

The thing about Orlando is no matter how often you visit, there is always something new. That’s why Orlando became the first city in the country to welcome more than 50 million visitors last year—some 54 million to be exact!  A lot of families plan Orlando trips in spring. Who says Spring Break is just for college kids?

Here’s just a sampling of what’s new this year:

— Beginning in Spring 2012 TurtleTrek at SeaWorld Orlando gives you the chance to visit a habitat teeming with hundreds of fish and manatees and the other with 1,500 saltwater fish and more than a dozen sea turtles.  A new 3D movie lets you take an underwater journey with a sea turtle.

— A Despicable Me attraction at Universal Orlando puts thrill seekers in the middle of a 3-D digital adventure with the film’s favorite characters. At  Universal’s Islands of Adventure next door, The Amazing Adventures of Spiderman, one of the park’s most popular attractions, has been enhanced with new animation and 4K High-Def visuals.  And when you’ve had enough park attractions, head to Universal’s CityWalk and play movie-themed 18-hole mini golf at Hollywood Drive-In Golf.

— Calling all princesses! Walt Disney World’s Fantasy land is doubling in size complete with a new Storybook  Circus area with dueling Dumbo attractions and more, a new Princess Fairytale Hall and a Seven Dwarfs Mine Train –a family coaster.

— Downtown Disney  is already a must-see with the largest Disney store in the world. Later this year, look for Splitsville, a huge 31-lane retro bowling alley with billiards, good eats, and even dancing.

—The Exotic Driving Experience at Walt Disney World Speedway gives you the chance to drive some of the world’s most exotic supercars. Ferrari or Lamborghini?

The theme parks are especially welcoming for those with special challenges too. (A tip: If your kids aren’t in school yet, go after spring break crowds or wait until September when prices go down significantly.

Whenever you go or whatever the weather, simply figuring out how to navigate the parks can be overwhelming for first-time visitors.  Here are 10 ways to get you started:

1. Start by checking www.visitorlando.com for the latest deals and discounts (Check out the MagicCard!)

2. Take virtual tours of the parks with the kids to decide the must-see attractions and make sure each member of the family gets a top pick each day.

3. Try to save souvenir shopping till the end and discuss ahead of time exactly how much each child can spend. (Those tiaras and pirate swords add up!)

4. Reserve a character meal so you make sure to get the must-have photos and autographs without waiting in long lines in the park.

5. Bring along snacks, sandwiches and reusable water bottles. You’ll not only save money (and travel greener) and avoid lines but the water bottles become instant souvenirs once the kids slap stickers on them.

6. Establish a meeting place, just in case you get separated, and put a card in each child’s pocket with your cell phone numbers, the name and phone number of the hotel and even your names. (Young children might say your name is “mommy” or “daddy” when asked.) Point out park employees in uniform who they can ask for help if they get lost.

7. If you’ve got a baby in tow, make sure to figure in nap times. Check out Disney’s baby centers where you can nurse, feed a baby in a high chair, change a diaper and buy anything you need from baby food to formula to diapers, even baby pain relievers.

8. The Undercover Tourist app for the iPhone, which offers maps of the park, waiting times and show and parade schedules. And kids can play games on the phone while they wait in line.

9. Disney’s FastPass technology, which enables you to catch other attractions while the computer saves your spot in line and tells you what time to return to some of the most popular ones. There is a limit, though, to how many you can have at one time.

10. Pace yourself.  Return to the hotel in the afternoon and take a nap or head to the pool. At many hotels, the kids will feel as if they are at a water park with slides, lazy rivers and shooting water cannons. After everyone rests up, return to the parks for the evening festivities and fireworks.

Most important, relax!  This is a vacation, not a marathon. No matter how hard you try, you can’t see it all.  Mickey and Minnie will be waiting for you next trip.