This fall, explore America off the beaten path 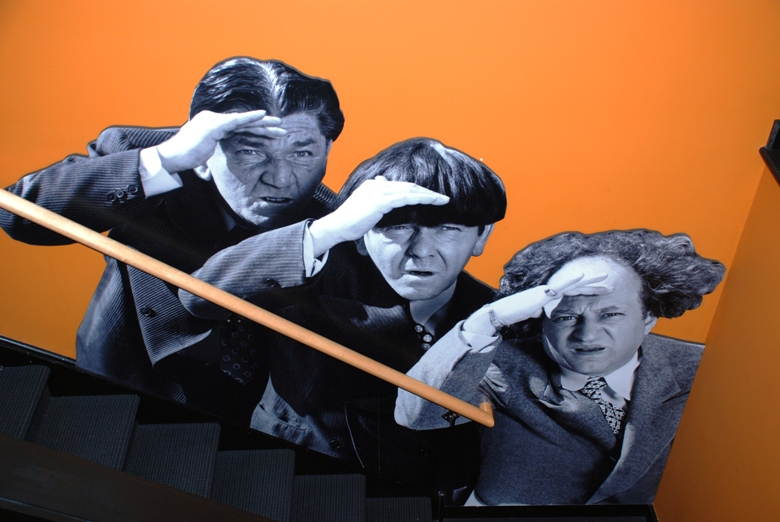 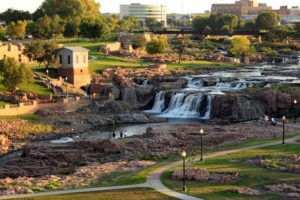 They’re a new version of s’mores, I learned when we made them over an open fire at the Outdoor Campus in Sioux Falls, S.D. Slather peanut butter on a tortilla, sprinkle with chocolate chips and marshmallows and then either roll up (a smorito) or fold in half (smaco) before wrapping in tin foil and baking (just for a minute) over a campfire. Tip: Write your name on the foil so you know which one is yours. Yum!

The Outdoor Campus, part of the state’s Game, Fish and Parks, incidentally, offers all kinds of free programs that encourage families to get outdoors here in South Dakota’s largest city. (There is another campus in Rapid City.) Family programs teach archery, paddling, fishing, shooting, etc., for kids pre-K and older.

Sitting outside on a sunny late-summer day, savoring every bite of my Smorito, I was thinking about how much cities like Sioux Falls have to offer families, and how often we miss them.

I was in Sioux Falls for the Travel Media Showcase conference designed, in fact, to show off smaller destinations to travel writers.

Then I discovered the Great Plains Zoo, known for its Rare Rhinos of Africa exhibit. (Did you know rhinos are one of the most endangered animals on Earth?) And the Children’s Zoo and the Washington Pavilion of Arts and Science, which is both an interactive science and art museum in a re-purposed high school.

Gaping at the 60-foot-long origami sculpture by South Dakota artist Reina Okawa — more than 4,000 Origami cranes — I was struck by how much more manageable attractions in smaller cities can be for families, especially those with younger children. They’re smaller, less intimidating and often, less expensive.

Take a fall weekend to explore a smaller city or region near your home and you’ll be amazed at what you find; especially if you let the kids lead the way. (Check out the new TakingtheKids Guide to Fun Fall Getaways at ttk-old.o2dev.net.) National Museum Day is scheduled for Saturday, Sept. 29. Hundreds of museums across the country will offer free admission for two, as long as you print out a Museum Day ticket from the website. (Search on the website for a participating museum near you.) The program is spearheaded by Smithsonian magazine — Smithsonian museums are always free — to encourage awareness of museums around the country.

Maybe your family headed west in a covered wagon? Kids can pack their wagon or their mule, for example, in the activity room at the National Frontier Trails Museum in Independence, Mo., the jumping off point for those heading West on the Santa Fe, Oregon and California trails.

Got a boarder in the house? They’ll like the Need for Speed exhibit at the California Surf Museum in Oceanside, Calif., which documents surf culture and history.

See whale skeletons and a huge whaling ship model at the world’s largest museum devoted to the historical interactions of humans and whales at the New Bedford Whaling Museum in New Bedford, Mass.

Take your daughters to the National Cowgirl Museum and Hall of Fame in Fort Worth, Texas, the only museum in the world dedicated to the women of the American West, where they can saddle up on a life-size model of a bronco.

Even if you can’t visit on National Museum Day, spend a fall weekend or a day off from school exploring some place you’ve skipped in favor of bigger cities and bigger attractions like:

— The Kansas City Toy and Miniature Museum with the world’s largest collection of antique toys and marbles. Buy an old-fashioned toy (gyroscope maybe) to take home.

The Stoogeum honors all things Stooges in Pennsylvania

— In Pennsylvania, near Valley Forge National Historic Park, there’s the Stoogeum, the world’s only museum dedicated to the Three Stooges, and the Elmwood Park Zoo, home to one of the largest open-air bald eagle exhibits in the country. There’s also the chance to get close to bison and elk.

— Try Reiman Gardens at Iowa State University in Ames, Iowa, where there’s plenty of room for your kids to run and jump and explore some 27 sculptures created from nearly 500,000 LEGO bricks that will be there until the end of October. Reiman Gardens, by the way, is the first public garden in the country to display LEGO sculptures — some nearly eight feet long!

— The National Cowboy and Western Heritage Museum in Oklahoma City, Okla., where kids will love the chuck wagon and bunkhouse exhibit and there’s a special micro website just for them, complete with games and songs.

— See art created from toothpicks, a 55-foot-tall WhirliGig and, opening in October, The Art of Storytelling at the American Visionary Art Museum in Baltimore, Md., where kids love eating at Mr. Rain’s Fun House.

In Sioux Falls, I loved that kids could experience art just by walking or taking the free trolley around town. Artists loan sculptures to the annual sculpture walk with subjects ranging from Girls Can Do Anything to Solar Harmony. Locals then vote on their favorites, which the city then purchases.

At the city’s Falls Park — the Falls of the Big Sioux River drop as much as 7,400 gallons of water 100 feet over the falls each second! — parents and kids climbed the pink-hued rocks and biked on the trail that loops 19-plus miles around the city.

I didn’t see one grumpy face. And that says a lot.