THREE DAYS IN AND AROUND PARK CITY, UTAH 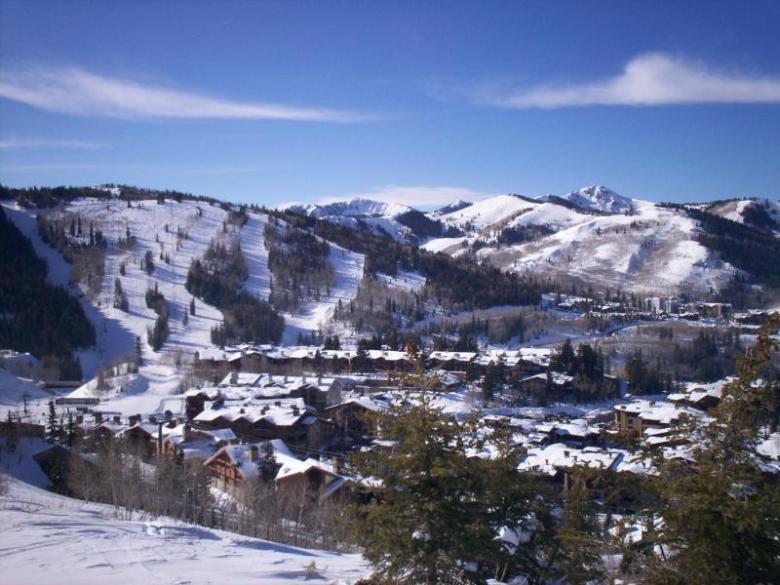 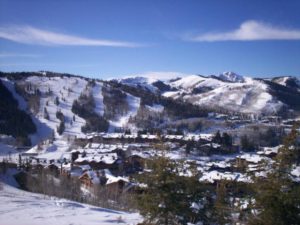 DAY ONE (March 27, 2009) == MMM… maybe we should skip straight to desert. There’s not one but three kinds of chocolate fondue — white chocolate Grand Marnier, caramel and dark chocolate with all kinds of fruit (apples, pineapple, giant strawberries), cookies (biscotti, chocolate chip or meringues anyone?), cake — all ideal for “dipping.” Then there is a sinful — and I mean sinful — Rustic Chocolate Pudding Cake all served in front of a blazing fire.

I would have gone straight to desert except everything else — also served fireside in three different rooms — looks equally delicious. We’re in Deer Valley (www.deervalley.com), at The Empire Canyon Lodge, midway up the mountain and just up the road from Park City. You move from fireplace to fireplace — starting with Swiss Raclette that’s served with homemade strawberry chutney. You move on to boiled potatoes, fresh bread and cured meats. That could have been dinner but now we move on to a selection of stews — again served from big kettles fire side. I can’t choose, so I take a bit of each — venison sausage and chicken, veal and wild mushroom, roasted root vegetables, seared venison with pickled cabbage.

How can I still be eating? But I am — there has to be room for the lamb that is roasted in front of the open fire, served with parsnip risotto and the best lima beans I’ve ever eaten.

I feel like the place is a great deal at $52 a person — a real experience — but pricey for kids ($28). Still the place is packed with families. “It’s one place where they can get large tables,” says Julie Wilson, in charge of food and beverage for the ski resort that’s known throughout ski country for its food and service. She notes that the equally expensive seafood buffet is as popular for families. Picky young eaters, she adds, can also order pasta or chicken fingers.

“Skiing is not inexpensive but after coming here, I don’t think I could go anywhere else,” said Christian Nolen, here with his wife and eight year old son from Boston.

He echoed what other parents told me — the ease of the flight to Salt lake City — and then just a 45 minute shuttle ride to your hotel. “That makes a big difference when traveling with kids,” said Tony Rossell, here with his wife and two young sons from Florida.

And of course there are the supremely groomed slopes and, most important, the lack of snowboarders. Deer Valley is one of only three snow resorts in the country (Alta in Utah and Mad River Glen in Vermont) that don’t allow snowboarders. “I like that there are no snowboarders because I worry they’ll run into me,” says 9 year-old Audrey Dingel, here with her parents and sister and brother from Boise Idaho.

“We like the quiet of skiing,” adds her mom Lori. Just as important, her mom likes the $110 room they grabbed in Park City — a mile away via free shuttle bus — with free breakfast, foosball and a pool. “If we had to have a sit down breakfast, that would take us all morning,” she said.

Dear Valley is an upscale resort — a lift ticket is $83, $50 for kids. But families say it’s worth the price for the groomed terrain, the service and the lack of snowboarders. In fact, the resort limits its capacity to 7500 people a day not because their lifts can’t handle them — their lifts could handle more than 48,000 people an hour — but because they don’t want to compromise the service in the restaurants. You shouldn’t be walking around for 20 minutes here trying to find a table for your gang in the cafeteria.

Then there are the extras like the Mountain Hosts. The resort has a whole crew of them — real estate agents, dental hygienists, pilots, nurses, pharmaceutical sales reps who work (don’t volunteer!) for the mountain a couple of days a week. There are five tours a day in morning and afternoon that are grouped by ability. And they last two to two and a half hours — no charge.

“Some people come every day because they want to have someone to ski with,” says Todd Anderson, the realtor-guide for the day who shows me Deer Valley’s Peaks (incidentally, you can get down the mountain on a green run from most of them — ideal for families of different abilities skiing together).

Anderson notes that each guide covers different areas each tour based on the conditions (and ours couldn’t be better with considerable fresh snow — just two weeks before the end of the season), the interest and ability of the group and the interests of the guides. Some focus on the mining history here; others on the wildlife and nature. Some talk about what it’s like to live in a ski resort town. “Everyone adds their own little touch,” he says.

Just having them is a nice touch. We ski through one of the little terrain features in the woods designed for kids. This one, Quincy’s Corner, has a stuffed bear in the cabin. Kids peer in the window at him and his honey pot.

“This is a perfect family vacation,” declares Christian Nolen. It’s too good here to go anywhere else.”