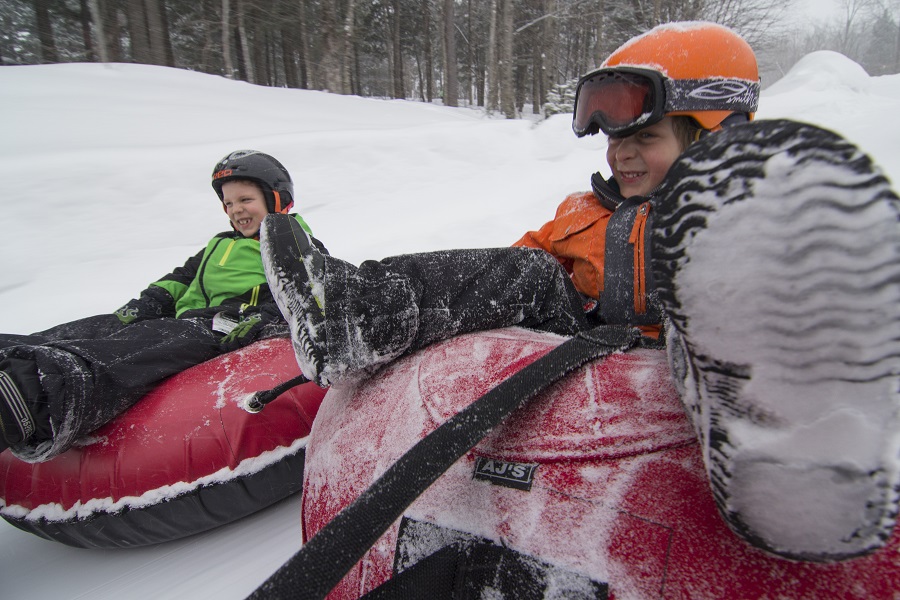 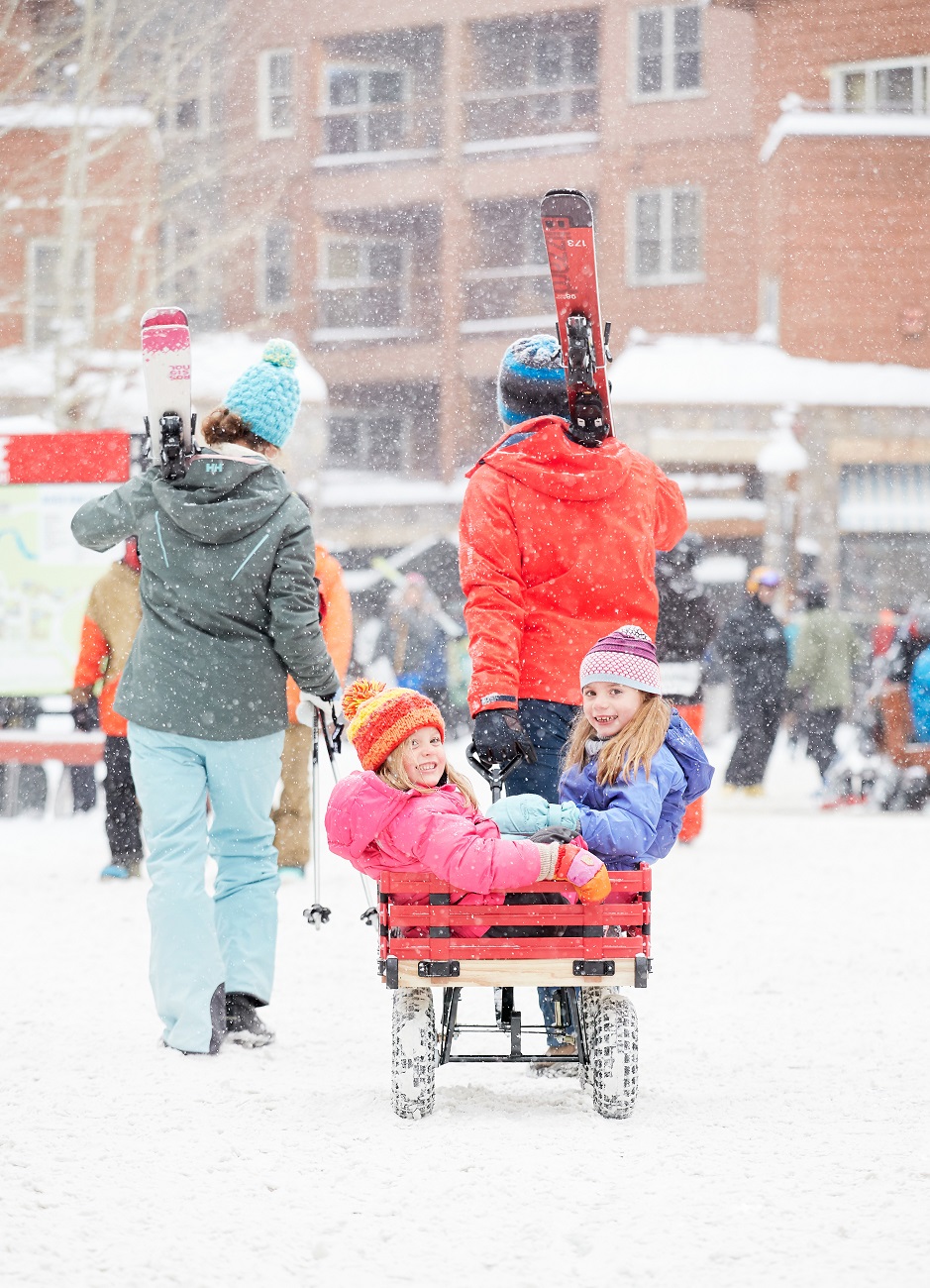 Not the grandkids, aged four and eight, going to ski school for the first time at Keystone Resort, his.

“It brought back memories of all the ski trips when my daughter was their age,” said Seigelman, who has been skiing at Keystone for more than 15 years. “It’s been my dream to ski with my grandkids.”

Keystone, one of the Vail Resorts, and just 90 minutes from Denver, boasts that it has the most extensive kids-free program in the country. All kids up to 12 ski free, as long as families spend two nights at Keystone lodging. “That’s what keeps us coming back,” said Texan Julie Snyder, mom to 9-year-old twin boys and an 8-year-old daughter. Her suggestion: When you leave, make a list of everything you did and everything you brought so you have it at the ready for next year.

Keystone’s Kids Ski Free Program is celebrating its fifth year, having given out more than 100,000 free kids’ lift tickets. There are no blackout dates.

“The kids-free saves a lot of money,” said Nathan Mirela, here from Chicago with his wife and two kids. That’s no small thing when kids’ lift tickets can be more than $100 at some major resorts. “This is the best for families.”

See what snow resorts are offering families this year at our 2016-2017 Fun in the Snow section.

Keystone ups the ante for families with daily “Kidtopia” activities offering everything from parades to face painting to a family yoga class and fireworks. Because so many families are now opting to ski spring break — warmer weather and better deals! — Keystone designated this past week as a special Kidtopia Experience with even more off-the-slope activities, all of them free. (You’ve got to love the biggest ice fort in the world at the top of Dercum Mountain, complete with kid-sized tunnels, slides and mazes.) And you’ll see more grandparents on the slopes too, those in the ski industry say.

Wherever you opt to ski this spring break, expect plenty of sunshine, great deals and packages, even at the poshest resorts. At Deer Valley in Park City, Utah, for example, kids ski free and families save 20 percent on lodging, lift tickets and kids rentals. At Aspen/Snowmass, kids ski free, as long as their rentals are from Four Mountain Sports.

Ski.com, which can book packages, including flights, lodging and lifts, is touting deals with discounts as much as 35 percent off lodging, or free nights, and resort credits. The more flexible you can be with your dates, the better deal you will find.

Hopefully, there will be money left in the vacation budget to splurge on something you haven’t done — dogsledding, zip-lining in the snow, a special dinner on the mountain, which you get to via sleigh or snow cat, a ski clinic for mom or a massage for dad.

Keep in mind that resorts from Sunday River in Maine to Jackson Hole in Wyoming have experienced record snowfalls, which means spring skiing should be all the better as will off the slopes fun like snowshoeing and cross-country skiing. (Sunday River is touting ski and stay rates starting at $135 a night for adults, less for kids.)

March and April, traditionally the snowiest month in the West, are also packed with festivals and events like the World’s Largest Easter Egg Hunt, April 16 at Copper Mountain in Colorado, with 65,000 eggs spread over 2,500 acres. Come to Steamboat where there’s a free “Rock the Boat” Free Concert Series, Every Saturday through April 8.

Still, trips to the snow with the kids and grandkids, especially the first time, won’t be like trips you’ve taken in the past. The kids — and you — will likely be too pooped to go out to dinner. Opt for condo accommodations, suggested Fran Hansen, at Keystone from Wisconsin with her family, including her 4-year-old grandson. “Stir Fries are great,” she said. Another tip for taking young kids to the snow for the first time: Show them videos of the resort so they know what to expect, Hansen suggested.

And figure in time for the kids to get acclimated to the altitude. With little kids, don’t expect to ski the first day,” said Nicole Harper from Alabama, here with her daughter and nephew, both 4 years old.

“Stay four or five days because you are going to lose a day at the beginning because of the altitude,” said Mirela Jumcam from Chicago, adding it took her two kids a day to adjust.

It helps that you won’t be so rushed and stressed signing the kids up for ski school and getting rental gear. And you’ll have plenty else to do — tubing, ice skating, maybe even an art class like those offered at Keystone and the chance to meet the avalanche dog.

The day I was at Keystone, families were gathering at the Dercum Square Ice Rink after skiing for free cookies.

“There’s no one crying at the end of the day,” said Howard Seigelman at the ice rink. “And that’s great!”