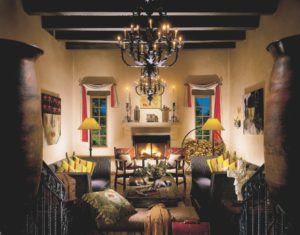 Maybe your daughter has just announced she’s a vegan and the cousin hosting Thanksgiving this year takes it personally if everyone doesn’t clean their plates. Maybe your son can’t seem to be in the same room with his cousins without getting into a fistfight. Or is it your husband and brother-in-law who are the problem children?

Or maybe you’re newly divorced and can’t face a traditional family gathering this year . Maybe you just want to take a break before the crazy Christmas madness.

Whatever the reason, it’s not too late to turn Thanksgiving into a mini vacation with the kids. You’ve already got half the week off from work and school anyway. Tell the relatives you’ll see them at Christmas or, if you like them enough, invite them along.

Rent a big house somewhere like Hilton Head, S.C., where you’ll find rates 30 percent less than during the summer for gorgeous houses near the beach or golf courses and daytime temperatures in the 70s. Book a house with Resort Quest and they’ll throw in a $50 gift certificate toward your Thanksgiving meal from two local restaurants.

Head to Amelia Island in Florida, just a half-hour drive from Jacksonville, with 13 miles of spectacular beaches and ERA Fernandina Beach Realty will give a free night to guests staying two or more nights. You’ll also get a night free at Sandestin Golf and Beach Resort on Northwest Florida’s Emerald Coast between Pensacola and Panama City. Check websites like Homeaway.com for deals elsewhere.)

Sure, Thanksgiving can be a pricey and especially aggravating time to fly because of overbooked flights and a glut of once-a-year fliers flummoxed by the security drill. Drive and you can still have a different kind of holiday. For example, if you live on the East Coast, combine theme park fun, an American history lesson, golf and more in Williamsburg, Va., with a well-priced package at Kingsmill Resort that starts at just $569 for two nights and includes breakfast for the gang, a traditional Thanksgiving buffet and more.

Opt for a cruise from a port near home. There are many deals out there for less than $100 a night per person.

How about sharing Turkey Day with the Mouse? Orlando is decked out for the holidays but the Christmas crowds haven’t yet arrived and you’ll find many hotel deals well under $100 a night at sites like BookIt.

Stay and eat Thanksgiving dinner at La Posada de Santa Fe in the heart of Santa Fe, N.M., and you’ll not only save (rates starting at $149 a night, less if you stay four nights) but you can also help those less fortunate. For every confirmed Thanksgiving reservation at the restaurant, La Posada will donate a turkey to the local food bank.

Take your snow-loving adventurers and grab an early-season deal at a ski resort. Breckenridge, Colo., opens Nov. 11 and offers half-price room nights at the Village at Breckenridge just steps to the Quicksilver lift and the historic town’s iconic Main Street.

Consider Jackson Hole, Wy., where Spring Creek Ranch is throwing in two lift tickets, breakfast and Thanksgiving dinner for a family of four for $215 a night.

You might even snare a bargain flight somewhere you’d never considered for Thanksgiving. Travelzoo Senior Editor Gabe Saglie notes, “Thanksgiving can offer families some great values to Europe, especially out of the East Coast. The holiday coincides with the onset of low season to Europe, so airfare and hotel rates will be as low as they will probably be all year.”

Kayak reports that round-trip fares to Ireland around Thanksgiving are just $500 (while average domestic Thanksgiving fares are higher). The experts at Travel-Ticker.com also report you can go to Chile with hotel, breakfast and airport transfers starting at $699 — far less than the round-trip airfare I paid one Christmas. (Read about our holiday Chilean adventure.)

Thanksgiving is still low season in the Caribbean. You’ll find especially good deals in Mexico whether you can opt for an all-inclusive like Casa Velas where you’ll get a free upgrade to a two-bedroom suite, a free stay for a teen and a spa treatment or an intimate ecolodge like Tailwind Jungle Lodge, less than an hour from Puerto Vallarta. Tailwind, just outside the town of San Pancho and owned by an American family, has casitas that sleep four starting at $130 a night and activities from sea kayaking to paddle-boarding, yoga and hiking. (Ask about the 10 percent family discount.) Even gargantuan Atlantis is touting a fourth night free over Thanksgiving plus a $250 air credit good for travel Nov. 19 through Nov. 27.

Opt for a couple of days in your favorite city. According to Gabe Saglie, big city getaways can become an especially good bargain for families over Thanksgiving with savings of 50 percent or more, since business travelers are leaving hotels virtually empty.

The best part of getting away, of course, is getting away from all of the chores a big holiday entails — the shopping and cooking, the dishes, the laundry. It can be just as tough to be a guest when young kids are part of the equation (what if they spill cranberry juice all over the white rug?)

There’s something to be said for gathering with the family, surely. In fact, I just ordered a turkey from a Vermont farm for our Thanksgiving. But there’s nothing wrong either with trying something different.