To a Colorado resort that’s no longer hard to reach 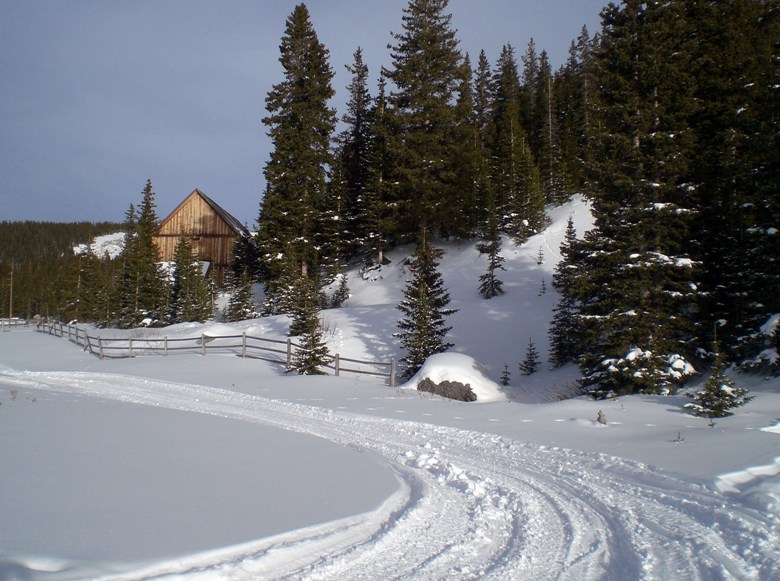 The bike rack at the Telluride gondola is full with snow-dusted bikes, as well as a stroller or 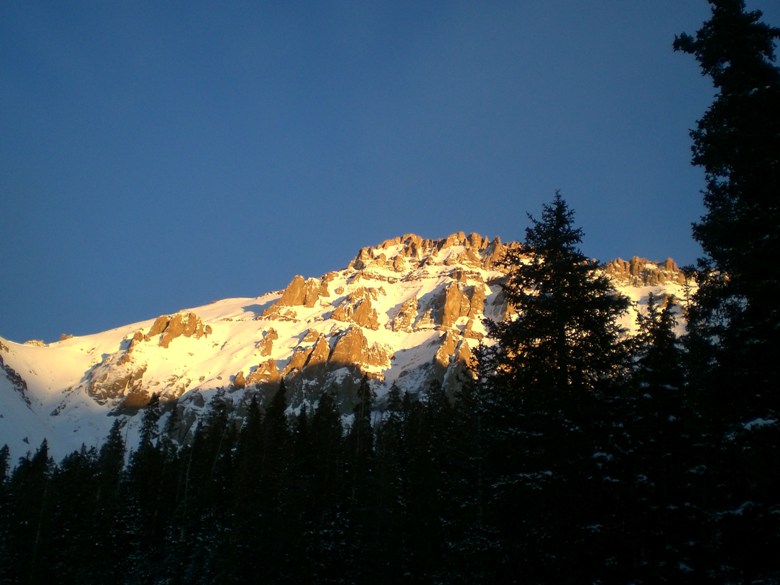 Sun cresting on a mountain peak at Telluride CO

No wonder. Tiny Telluride is a popular place. Nestled in the San Juan Mountains of southwest Colorado, the mountain range has the highest concentration of 13,000 and 14,000 foot peaks in North America. That means much of the historic town — at 8,750 feet above sea level — has been designated a National Historic Landmark District. And the snow resort seems to offer something for everyone whether you’re on the slopes or off, starting with spectacular views everywhere you look.

Did I mention that the town is connected to the snow resort via the free gondola? It’s the only one of its kind in North America. At an elevation of 9,500 feet, Mountain Village, Colorado, is a pedestrian-friendly community and home to the Telluride Ski Resort. No need for a car once you are here. Let’s not forget either that Telluride averages more than 300 inches of snow annually and 300 days of yearly sunshine.

This year, Telluride is also far easier to reach with unprecedented air service — 14 direct flights from 11 major hubs, including new flights to the Montrose Airport from New York’s LaGuardia, LA, Chicago, Las Vegas and Phoenix. Incredibly, this out-of-the-way box canyon, about an hour from the airport, now has some of the most direct air access in ski country.

Assuming you don’t have a private jet, of course. Yes, Telluride has its share of celebs, though Tom Cruise’s $59-million ranch and Jerry Seinfeld’s $18-million house reportedly are on the market. But in ski helmet and goggles, you can’t recognize anyone anyway. Noah Sheedy, the director of the ski school, and eight-year resident, opines that celebs are treated like everyone else. It’s not the see-and-be-seen crowd you might find elsewhere.

For the rest of us, what this place offers, my gang discovered last winter, is a winter playground, whether you are a skier like my daughter Mel, who likes nothing better than to hike to expert terrain like Bald Mountain and Black Iron Bowl, my nephew Chris, who had his pick of places to ride with terrain parks offering more than 100 features or my husband and me, who can’t keep up with the kids anymore.

I loved that while there is plenty to challenge the younger members in my family, nearly 60 percent of the mountain is devoted to beginner and intermediate trails, including the mountain’s longest run, which is some 4.6 miles long. It was fun watching the littlest riders at the Ute Park Terrain Park with nearly 50 features to keep them amused for hours. For those wanting a serious adventure in the snow, there’s heli-skiing and even the chance to back-country ski hut to hut in the San Juan Hut System where you get water by melting snow.)

I was especially pleased that there were no lift lines, that ski school classes were small, locals were friendly and there was a commitment to keeping women on the slopes (the women’s program is celebrating its 35th anniversary this year). I was also glad that there was plenty for my non-skiing sister-in-law to do — free yoga at the library, snowshoeing, art classes, shopping, horseback riding, the chance to try fat bikes in the snow and, of course, a spa (The Peaks Resort has the largest spa in Colorado, complete with an Oxygen Lounge in case you are struggling with being more than 10,000 feet above sea level.)

Snowshoeing and X-Country are also popular in Telluride CO

My daughters and I indulged at the spa where kids love the indoor-outdoor heated pool, complete with water slide, and pampered pooches can enjoy the doggy spa. There’s nothing wrong with a little pampering, especially after days of being outdoors pushing ourselves. It’s also exceedingly nice to spend time with my daughters who live across the country from each other — and me.

There were also plenty of options to linger over lunch or dinner whether you want an elk steak and hand-cut truffle fries (Allred’s is Telluride Ski Resort’s flagship restaurant at the top of the gondola), a burrito or wood-fired pizza, a burger or Colorado lamb, Asian noodles or Middle Eastern grape leaves. USA Today has ranked Telluride one of the top five Ski Resorts for Nightlife, while Fodor’s includes this town of less than 3,000 people in their list of the Top 10 American Cities for Foodies.

There’s plenty for junior foodies too, including at ski school where the menu has been revamped this year to include healthier and locally sourced options.

Truth be told, my sister-in-law was content to mostly putter around in our condo. We stayed in the only ski-in, ski-out lodging in town — the Auberge Residences Element52. It was one of the nicest mountain condos I’ve seen and I’ve seen plenty. Two hot tubs, steam showers and a gourmet kitchen ideal for a family like mine to cook up a storm like they like to do in Colorado. We rode a funicular up to the ski resort and could walk anywhere we wanted in town.

Certainly you have your pick of snow resorts — Colorado alone has more than 20, from small ones like Eldora Mountain Resort to some of the country’s most famous, like Vail and Aspen. Certainly taking your family to the slopes can be expensive and labor intensive, especially when the kids are little. (Look for lift ticket discounts online at sites like liftopia; If you have fifth- and sixth-graders, register for the Colorado Ski Country Passport Program that allows either three free days for fifth-graders and a four-day pass for just $99 for sixth-graders, including at Telluride — a bargain when a single day’s lift ticket can cost that much.) Another tip: Look for deals for rental equipment, like from Ski Butlers, which not only delivers your gear to your condo and will swap it based on snow conditions, but also outfits kids 12 and under free, as long as an adult is renting too.

The benefit of all that schlepping and money, I have now learned, is that my kids and extended family still look forward to our annual fun-in-the-snow trip, though they could easily hit the slopes with their friends, and do.

Too bad they don’t want to ski more than one run with me once we get there.

(If you are heading to Colorado this winter, check out Eileen’s Kid’s Guide to Denver, Boulder and Ski Country with plenty of input from local kids, the latest in her series of Kids Guides to major cities. Follow @takingthekids on Twitter, Instagram and Facebook.)