To Antarctica, South Georgia and Falklands – a trip of a lifetime even for kids 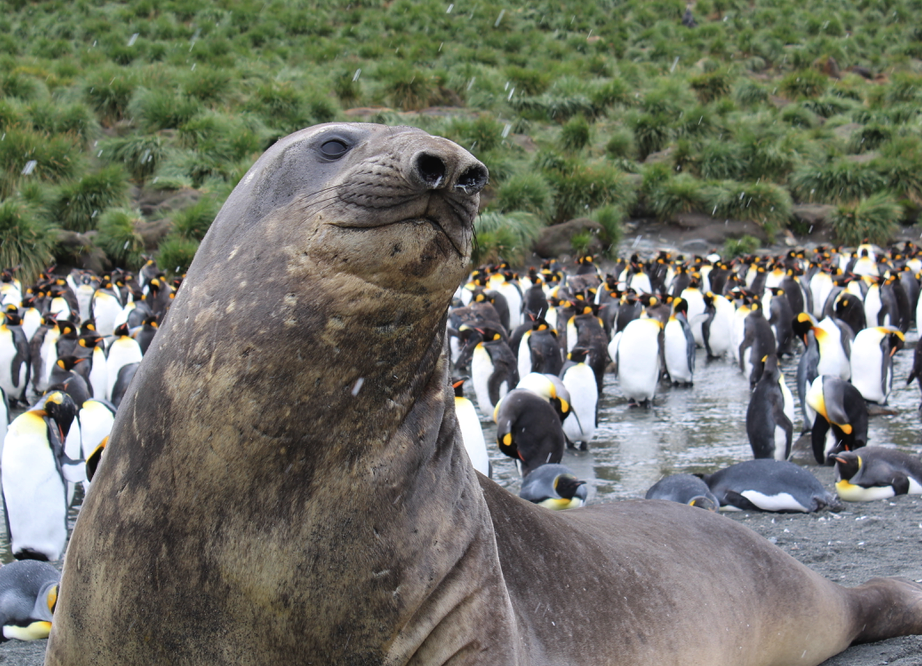 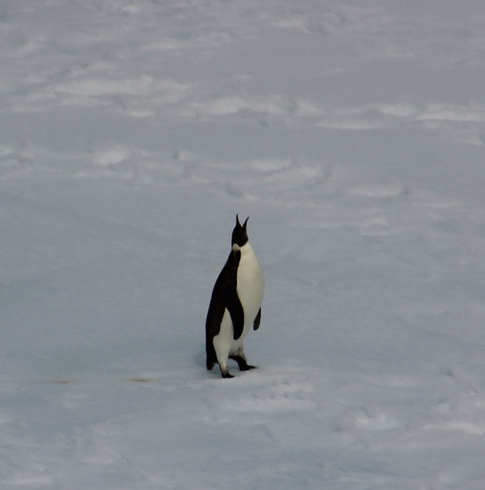 Who needs a sled!

In Antarctica, they’re superfluous — for both humans and penguins. The Chinstrap penguins we watch (so named because of their black markings that resemble a chin strap) effortlessly slide down a big ice floe into the water amid the floating chunks of ice, leaving tracks just like skiers on a powder day.

The 34 kids that are part of the Abercrombie and Kent family trip here, sailing on the 200-passenger Le Boreal, take their cue from the animals, sliding down the slushy hill (yes, it was warmer in Antarctica than in the Northeast) on their backsides, trudging back up so they could do it again at the bottom of the world in Neko Harbour.

“The best day of my life and that’s only a little exaggeration,” said Conrad Kistler, 12, from Orange County, California.

It’s an Instagram-worthy day — blue skies, water so clear we can see penguins diving, glaciers all around and, of course, the bountiful wildlife. We even witnessed glacier calves, solid ice hitting the sea with a large “boom!”

During this trip, we walked amid thousands of penguins (we saw five species) not bothered by our presence and fur seals who were. The huge elephant seals ignored us, as did the humpback whales we watched from zodiacs. They were too busy feeding to pay attention to the paparazzi snapping their photos.

Surprisingly on this trip, which lasted a little over two weeks, the teens hardly missed Wi-Fi. It’s very difficult and expensive to connect here. They explained that it was too stressful to keep up with their friends on social media and, said Sean Jacobson, 15, from San Diego, the enforced break from constant texting and posting was “relaxing.” 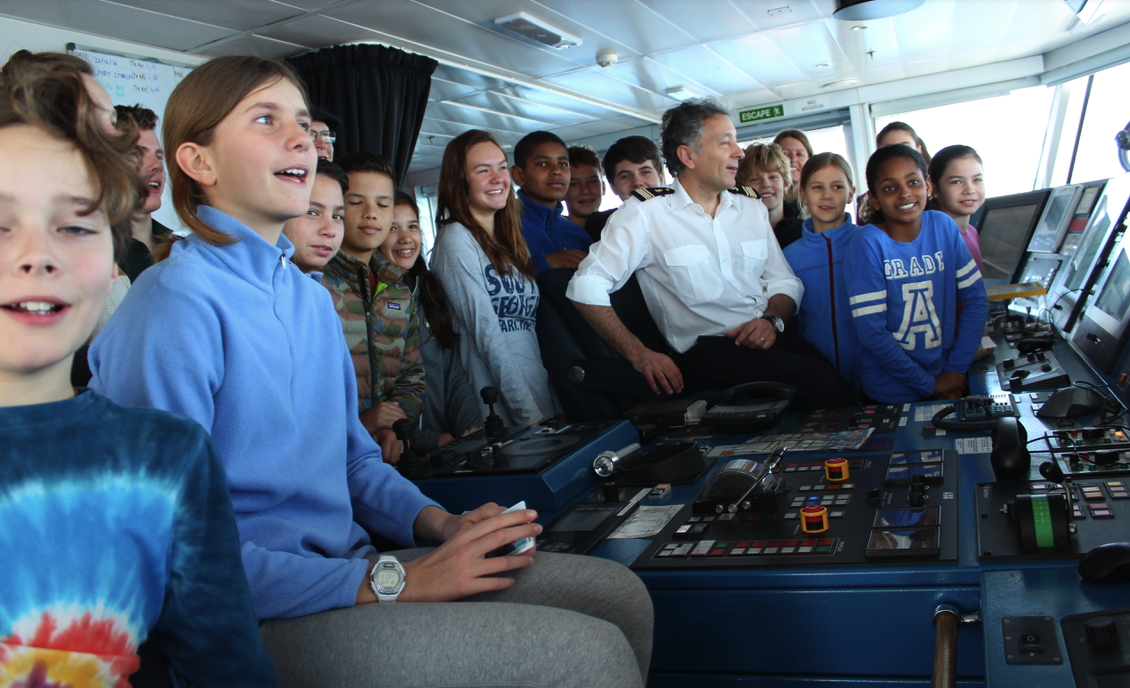 Kids learning the drill with the skipper of Le Boreal

Besides, he added, “There was always something new to see and something to do.” There were onboard lectures offered by Antarctica expert naturalists and historians and an excellent Young Explorers program where you had an opportunity to dissect a squid one day, identify seabirds from the deck another day and watch Orca whales from the bridge with the always enthusiastic captain the kids dubbed “Captain Wow.”

Kids learned to drive a zodiac, put out fires at the Falklands Island fire station with affable firefighters and to play harmonicas with Canadian “Harmonica Mike” Stevens, who tours the world playing. In the downtime, kids could be found playing video games or teaching each other new card games with newfound friends from across the world — Moscow to Melbourne, Australia, Shanghai to Chicago to New York. I’ve never seen so many teens and tweens so engaged. Antarctica has been in the news lately. There are reports that a massive ice shelf the size of Delaware — one of Antarctica’s largest — is about to break off from the most northern major ice shelf in Antarctica, fundamentally changing the landscape of the peninsula.

At the same time, the International Association of Antarctica Tour Operators, formed 25 years ago to promote safe and environmentally responsible travel here, reports that tourism here is increasing, with 44,000 visitors expected this year. Just as significant, visitors are skewing younger and they’re interested in more active pursuits.

That was evident aboard Le Boreal, a PONANT luxury ship. A trip that once was the purview of wealthy retirees is now is attracting well-heeled millennial families that are no longer willing to wait to take bucket list excursions. More than half the kids onboard, like Kevin Taylor, 12, from suburban Chicago, were visiting their seventh continent.

He, like the other well-traveled kids, insists everywhere he goes makes him want to dive deeper. “There are so many different countries and cultures to explore,” he said. 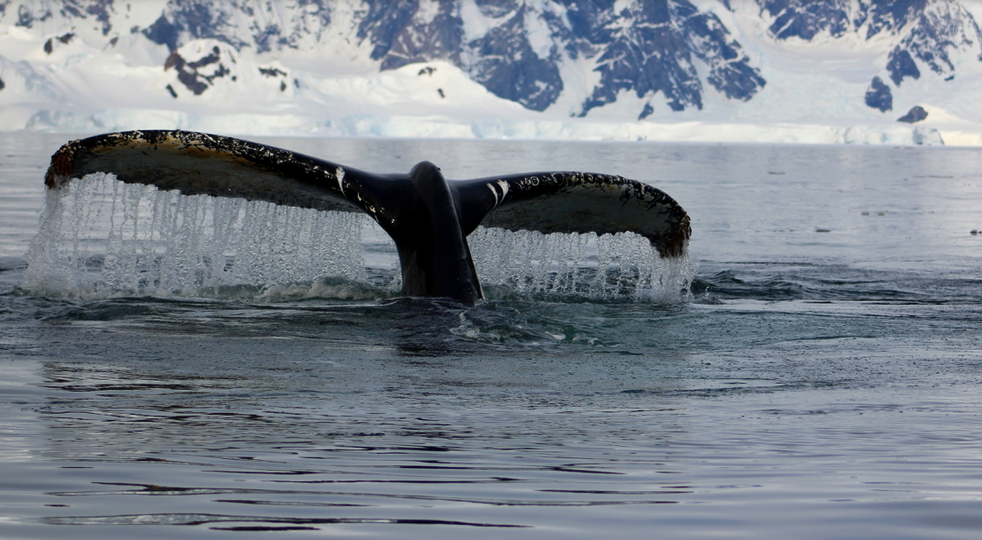 A Humpback whale breaching in Wilhelmina Bay off Antarctic Peninsula

“Travel teaches you to be flexible and compassionate, explained Kevin’s dad, Mike Taylor, who added that he and his wife are glad Kevin has been privileged to learn about the world in so many different places.

“I want my kids to be exposed to other cultures and to see that the world is bigger than their world in the U.S,” explained Janna Gutierrez, from Montclair, N.J. Her kids are 10 and 12, and like other millennial families, they value experiences more than “things.”

“Money well spent, and much better than a shopping spree,” said Kay Beal, who lives in Minneapolis and was traveling with her husband and two college-aged daughters.

Families aboard Le Boreal say they have chosen to come to Antarctica now because they worry about how fast the continent is changing and how that will impact the abundant wildlife. “Who knows what it will be like here when we’re grown up,” said Sky Allison, 15, who’s from Troy, Michigan.

There were so many I-can’t-believe-I’m-here moments. Only 100 passengers at a time are permitted on the rocky beach, and the expedition staff sets up paths so we don’t disturb the animals. They, of course, have the right of way.

Valiena Allison, who recently sold her business, said that one of the best gifts parents could give their kids was to show them the world. “Seeing something first-hand is a lot different than reading about it in a book,” her husband Dan added.

Obviously most families couldn’t afford this trip, not at the cost of more than $50,000 for a family of four. There are less-expensive options offered by IAPPO’s 120 operators, from large cruise ships that don’t land at all to small boats with simple accommodations and meals. The vast majority of Antarctica visitors visit via ship.

Families chose this Abercrombie and Kent trip because it was over the holiday break and specifically for families, stopping in the Falklands and South Georgia, as well as Antarctica. Wildlife lovers especially wanted to visit South Georgia with its huge penguin colonies and seals. 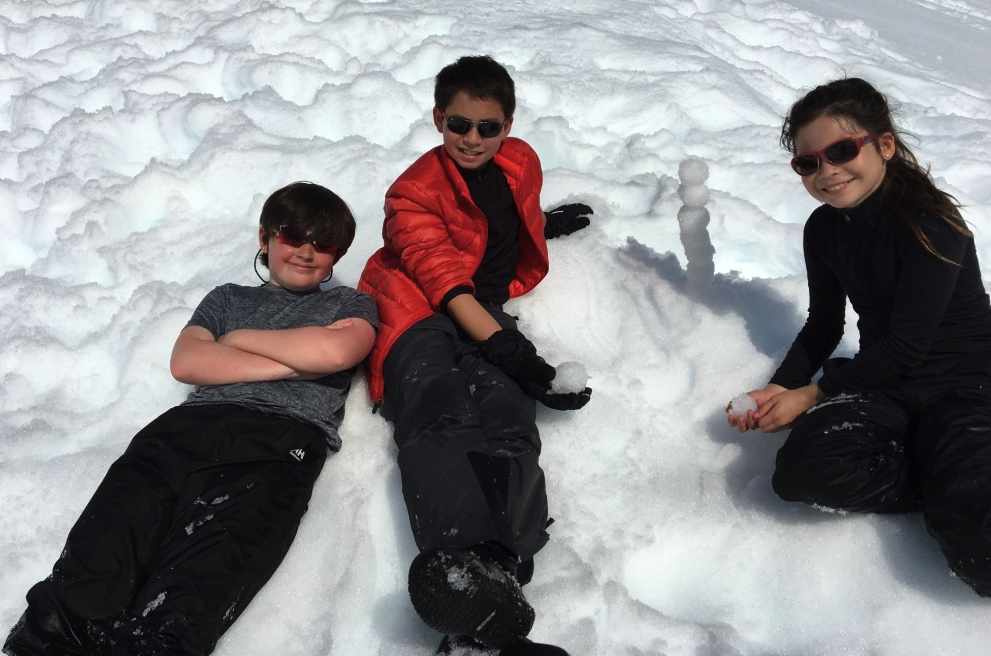 But parents and grandparents were surprised by how fast new friendships were made. By the third day, kids were having lunch together at the more casual buffet on board — the tween girls at one table; the tween boys at another, the teens together. They’d meet for dinner whenever parents permitted and at the outdoor heated pool to play “Marco Polo.”

Those traveling without kids enjoyed their enthusiasm and distinct perspective. “The kids bring an added energy and excitement to everything,” explained veteran cruise director Nadia Eckhardt. “It rubs off on everyone.”

Then there were the humpback whales. Wilhelmina Bay where we were is a kind of supermarket for whales with abundant krill that they feed on. After our walk, we cruised around the bay as whales popped up on all sides. “Really crazy!” said Marcos Gutierrez, 12.

Kyndall Beal, 18, added, “We won’t even need pictures to remember this!”