To Antigua, spared from the 2017 hurricanes 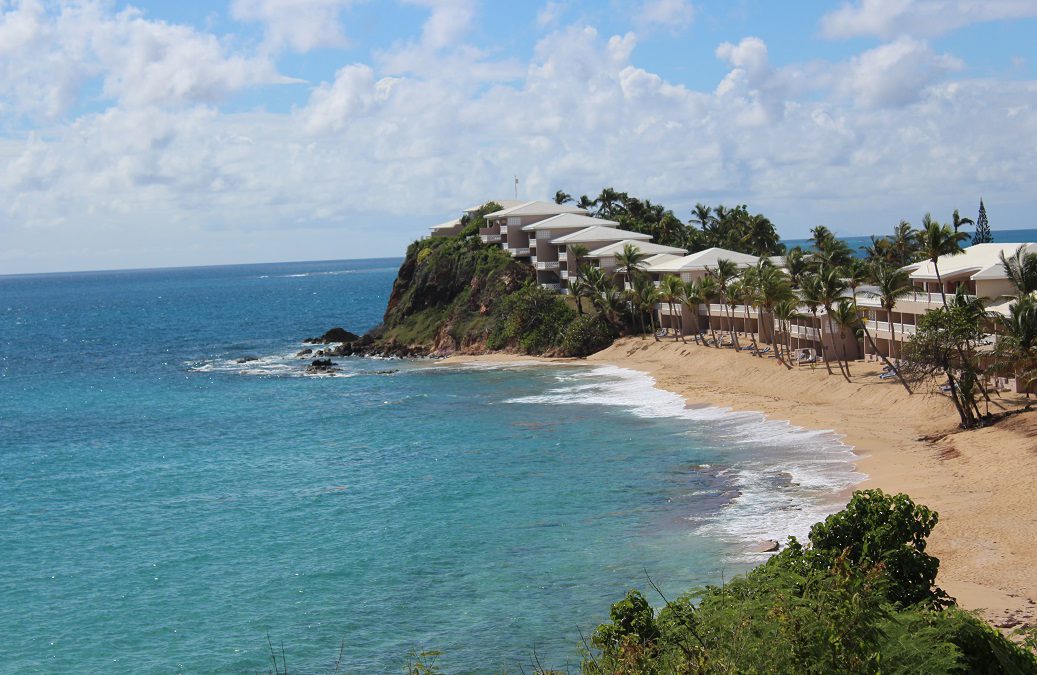 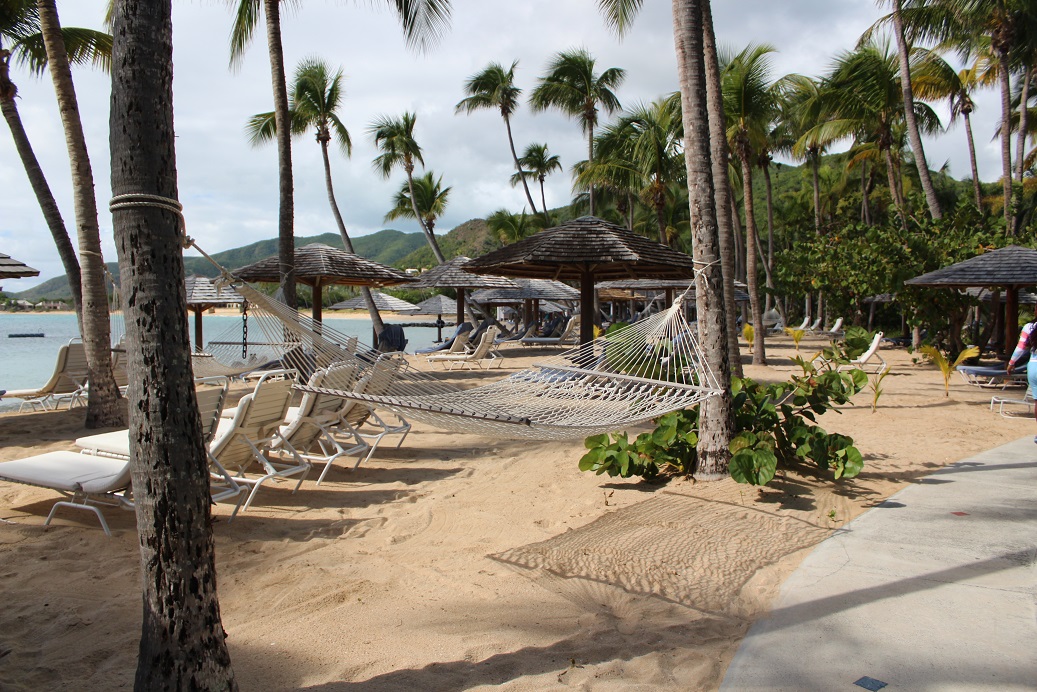 Have faith. Travel missteps can lead to the most unexpected pleasures.

“This is the best mistake we ever made,” said Ashley Tetrich, building a sandcastle with her very happy 5-year-old daughter, Trysta, on the beach at Antigua’s Curtain Bluff resort. Antigua was spared in this past season’s hurricanes, though neighboring Barbuda was hard hit. As a result, Antigua is attracting new tourists to the island, which has some 365 beaches and most on the calm waters of the island’s Caribbean side.

Tetrich explained that she, her husband Tim and Trysta, along with two other couples, were supposed to stay in a house that wasn’t what they expected. “We took one look and said we had to go,” she said. Not only was there nothing for Trysta to do, but no one wanted to drive up and down that steep, windy road. Though they didn’t get their money back, the couple’s consolation was that the trip had been won at a charity auction — and led them to the small (just 72 rooms), upscale, all-inclusive Curtain Bluff, which they found while searching for a child-friendly resort.

Curtain Bluff welcomes kids with a breezy, open-air kids’ club and an adjacent playground tucked in the shade. The activities, says Ainsley Smith, a former teacher and daycare provider who oversees the kids’ program, are designed to teach kids about Antigua — making wind chimes out of shells, for example, coloring a book with the flag of Antigua on the cover, pictures of the sugar mill tower, the island’s national historic symbol, and the Hawksbill Turtle and the frigate, the national bird.

“Today people expect a resort to have a kids’ camp, like having a spa,” said Smith. “But we’re not just babysitters … the parents come and hang out and do the activities with the kids!” 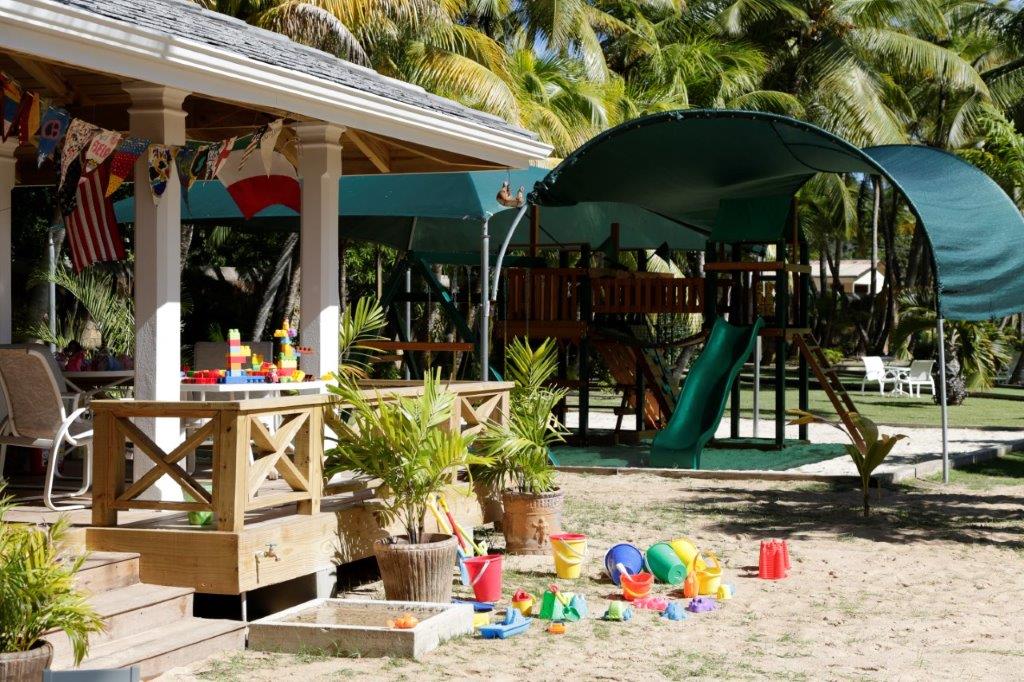 But this is one resort that manages very well to balance the needs of families and couples. I admit I’m partial — my husband and I honeymooned here 35 years ago and have been back several times since. We haven’t brought our kids (only once for dinner when we were on a sailing trip) because it has always been “our place.”

That this resort, which has recently undergone a $13 million renovation, works as well for those with older kids as it does for those with adult kids traveling with parents is a testament to how hard owners and staff try to satisfy guests — from the masseuse who starts the treatment early and then goes the full time to the “beach butlers” serving up drinks and cold towels, to the chef who will accommodate most any request, to the wine tastings where every drop is drunk, laughed Sommelier George Williams, who travels the world seeking out new vintages.

Chelle Hulford, whose husband Howard built Curtain Bluff 55 years ago and now is buried on the property, still greets every guest, many of whom hug staff members who have been here decades. Upon arrival everyone is invited to a weekly cocktail party at Chelle’s house, which offers a spectacular view.

“I think that family feel is what has made us come back,” said Megan Broyles, who honeymooned here five years ago and now is back with her husband David, leaving their 3-year-old at home in Dallas with the grandparents. They’ve been to other resorts in Mexico and the Caribbean, the couple said, at the wine tasting, but nothing has compared to Curtain Bluff.

That’s why so many families return, including couples who first came here and returned with their kids and now are bringing grandchildren. This isn’t an inexpensive holiday, however. Winter all-inclusive rates start at $1,350 per couple. (From April 3 through August 18, rates start at $700 per night for two people in a deluxe room, all-inclusive with all meals, drinks, watersports and tennis and land activities. There are discounts for kids sharing a room with parents and an early booking deal with a 20 percent discount.) 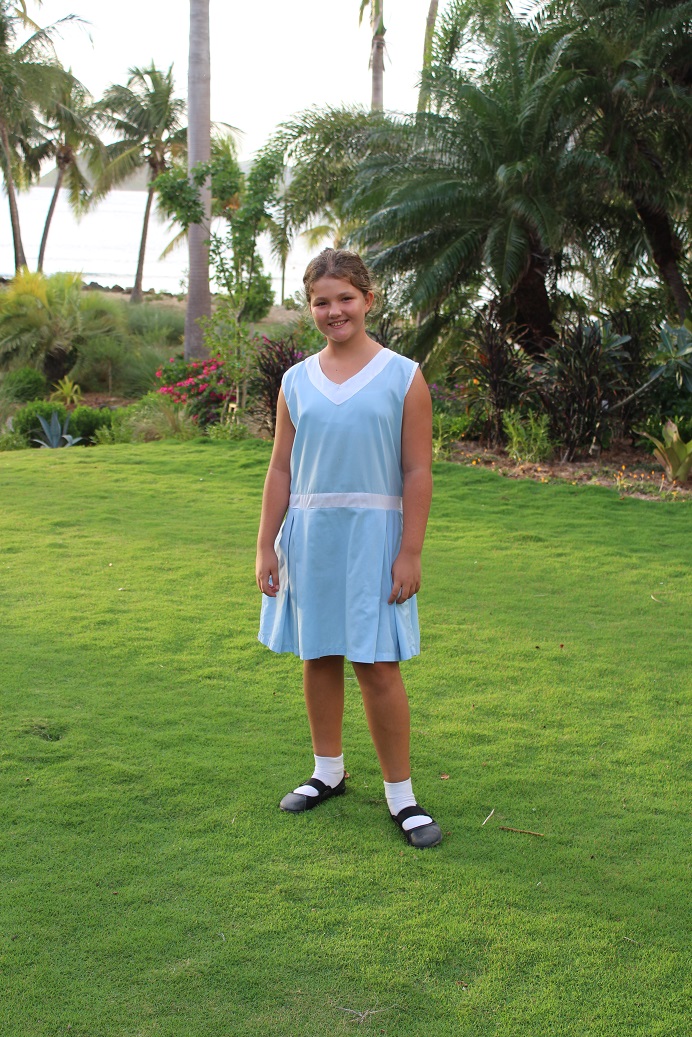 Katherine Woodhouse, 10, has lived on Antigua her entire life — her mom works at Curtain Bluff and she has some thoughts about kids visiting. “Don’t be scared of the little lizards that run around,” she advises. “They won’t do anything.” And take the opportunity to try watersports, especially snorkeling and sailing. “Look for rainbow fish! Boat tours are fun because you get to go snorkeling and then you stay for the rest of the day and swim around the boat.”

Kids should also take advantage of the chance to try new foods like conch fritters, West Indian curry and jerk pork. “Most of the kids on the island eat spicy food because we’re used to it,” Katherine explained. (Read more of her tips here.) 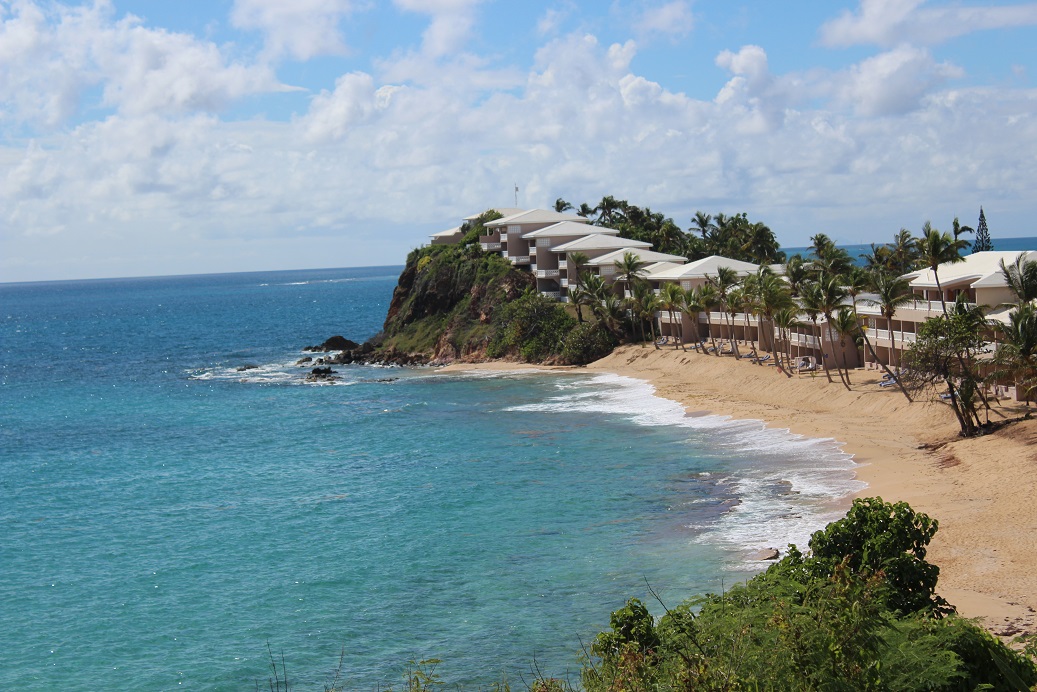 We marveled at how much this resort has stayed true to its mission and also changed to keep up with the times since we sat on the beach with a bottle of champagne from our wedding and talked about the kids we would have. Today, kids are welcomed all year, not just at certain times, and jackets and ties are not required for dinner. There is a pool — and plans to build a second just for adults — and a terrific spa.

At the cocktail party the week we visited, Chelle Hulford presented a silver tray to John and Gwen Larter, a British couple, in honor of their 20th visit. They haven’t wanted to bring their kids and grandkids, explained Gwen Larder. “This is our special place.”

Ours too. I hope you have a special place in your life.