TO MONTANA FOR SOME FUN IN THE SNOW 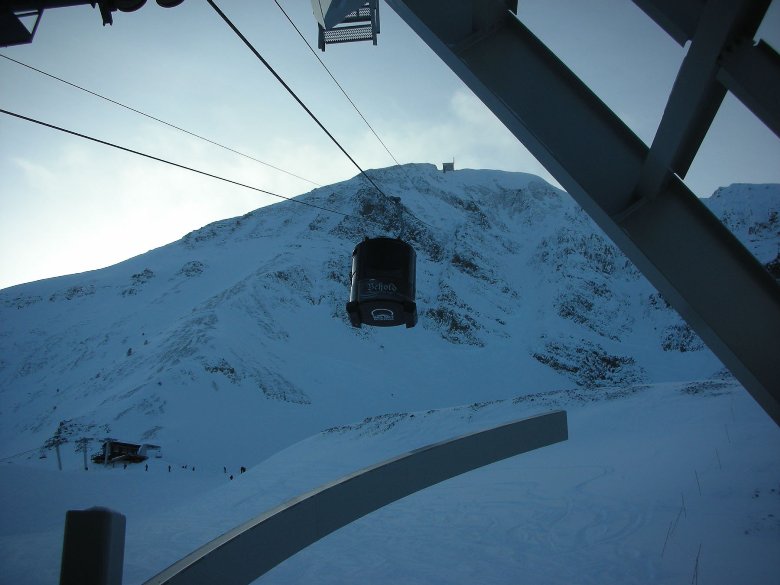 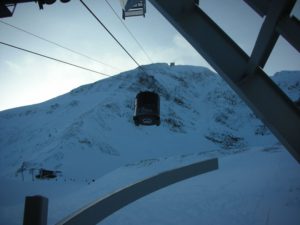 Mary Blilie had been at Big Sky Resort in Montana for just one day but had already snapped more photos of her kids than she had in a long time.

That’s because when Blilie, now a Minneapolis engineer, was a kid her family skied here every winter and now, after a 17-year hiatus, she was determined to create some of those same happy memories for her own two children, as well as her nieces and nephews who, along with their parents, had come along for the trip down memory lane. The resort might boast new lifts and base village buildings this season, but Blilie says that low-key vibe remains. “No one gets too bothered about anything,” she explains. And the skiing couldn’t be better — some 400 inches of snow a year.

Big Sky (www.bigskyresort.com) and neighboring Moonlight Basin (www.moonlightbasin.com), in fact, boast the “biggest skiing in America” — 5,512 acres with the Big Sky Resort-Moonlight Basin Interconnect that joins the two adjacent ski areas with terrain that’s guaranteed to satisfy every skier and snowboarder in your family, whether they want the steeps and deeps (like my kids); long, pristine groomers where, even on busy days, you might not see another soul (my pick); or wide, gentle runs ideal for beginners. “My son doesn’t want to leave,” said Sandy Itkoff, from Los Angeles who was a guest at Moonlight Basin.

Whatever your age, you can’t help but be impressed by the sheer beauty of the place – the huge rugged mountains, the snow covered trees, the vistas that seem to go on forever. If not for all the fresh powder, Moonlight ski instructor Jim Ackerman tells me we’d see all kinds of animal tracks leading into the woods.

Three minutes is considered a long lift line, Big Sky and Moonlight Basin fans say, and the kids’ ski schools guarantee small classes. The new Dakota lift expected to open this month at Big Sky will provide easy access to even more terrain. Another plus: Parents not only don’t worry about aggressive skiers and boarders running into little ones on crowded slopes, but marvel at how friendly everyone is. Grandmother Ellen Lord noted that when all of the family’s luggage got lost, Big Sky employees scrambled to find them all some clothes. The free apres-ski kids club at Big Sky gets thumbs up from parents too, enabling them to get a guilt-free break.

Skiing here can be a good deal too, parents say, with kids 10 and under skiing free and adult lifts at Moonlight Basin ($51 a day) and Big Sky ($75) less than at many other major resorts. (Consider that a daily ticket at Aspen this season is $87) Junior tickets for tweens and teens are less as well. And there’s no pressure to dress to the nines on the slopes or off, adds Cecile George, winding up a ski week with her husband and kids. “I’ve been wearing the same pair of jeans all week and no one cares!” says the Memphis mom. “We’re never going back to Vail.”

Consider that Big Sky and Moonlight Basin – about an hour’s drive from Bozeman (and an hour’s drive from Yellowstone National Park) have more terrain than Vail but less than half the numbers of skiers. Locals joke that they’ve got nearly twice as many acres than skiers because Montanans like their elbow room. That’s why on one of the busiest weeks of the year, I was able to ski down runs so empty I felt I was in the back country, especially with all of the fresh powder. (There are opportunities to try back-country skiing or ice climbing as well here with Montana Alpine Guides (www.montanaalpineguides.com and www.visitmt.com).

“It takes an extra flight to get here, but it’s so worth it,” says Jim Caccavo, a Californian from San Diego whose wife and kids like Moonlight Basin so much they bought a second home here.

“This place is like a secret club,” jokes Jeremy Collis, the New Zealander who is the director of Moonlight Basin’s small (just 47 instructors) ski school. And that’s double the size it was last year. Still, that enables Collis to keep his classes to five kids (or less) for grade-schoolers and three or less for preschoolers. Anyone who has ever checked a child in at a major ski resort over a holiday week knows how rare that is.

Next door, Christine Baker, who oversees Big Sky’s children’s program, also promises small classes and something even more important to parents. “A family feeling. She grew up skiing at Big Sky — as did a half-dozen of her instructors. “It’s nice to have that connection,” she says. “It’s pretty special.”

It’s also pretty quiet. There are only a few restaurants in the Big Sky base area and just one at Moonlight Basin: Others require a 15-minute drive or longer. For the most part, this is the kind of place where you want to ski hard, cozy up in front of a fire with your honey and your kids, eat spaghetti, watch the movies you never had time to see at home or play Scrabble. That’s what we did — first at our ski-in/ski out log cabin in Big Sky (having our own hot tub was the best part) and then at a ski house at Moonlight Basin. “This takes the experience back to an old-fashioned ski vacation when you made your own fun,” observes Collis, himself the father of two young children.

My daughters and I managed to rouse ourselves one afternoon after skiing at Moonlight Basin to go to the spa and one night to take a Sno-Cat ride two miles into the back country in the dark for an excellent dinner (tenderloin and mashed potatoes followed by chocolate fondue) in a big, heated yurt, courtesy of Moonlight Dinners. The kids sledded outside between courses (www.skimba.com).

One afternoon, we left the kids to test their mettle on the resort’s most challenging terrain and we leisurely skied back to our cabin door. By the time we got there, the kids were back and had a fire blazing in the fireplace. The hot tub on our back deck beckoned.

We soaked, surrounded by snow and evergreens. There wasn’t a person in sight. We had no place to rush off to — no homework, no work, no friends waiting, limited Internet access, no phone calls.

There’s a lot to be said for old-fashioned ski vacations.