To NYC and beyond Manhattan during the holiday season 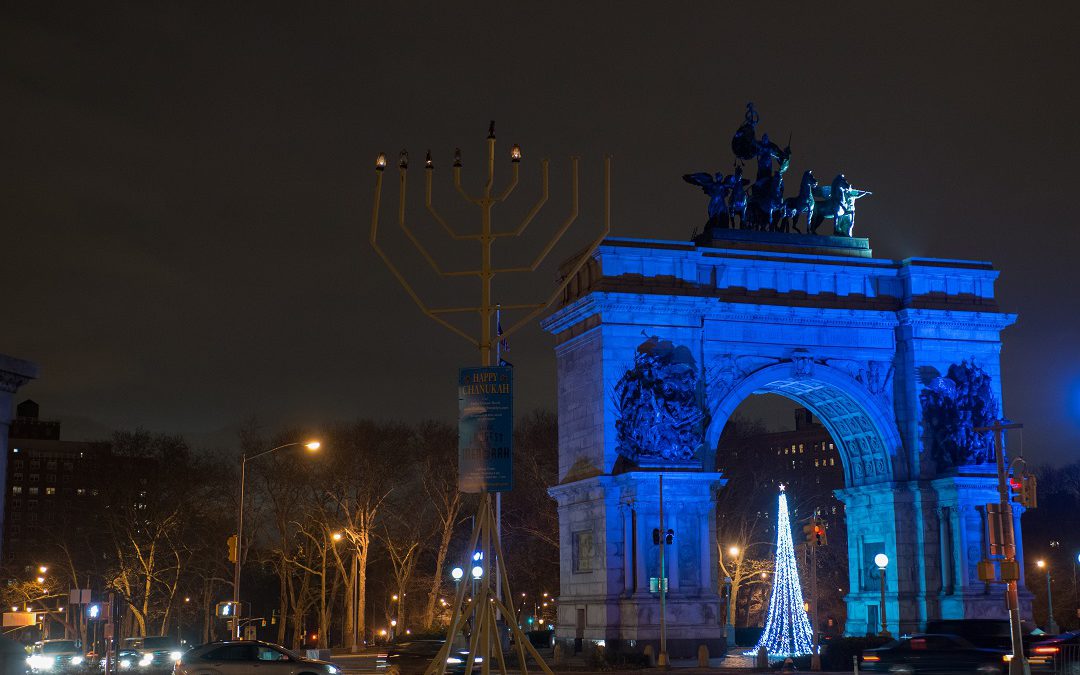 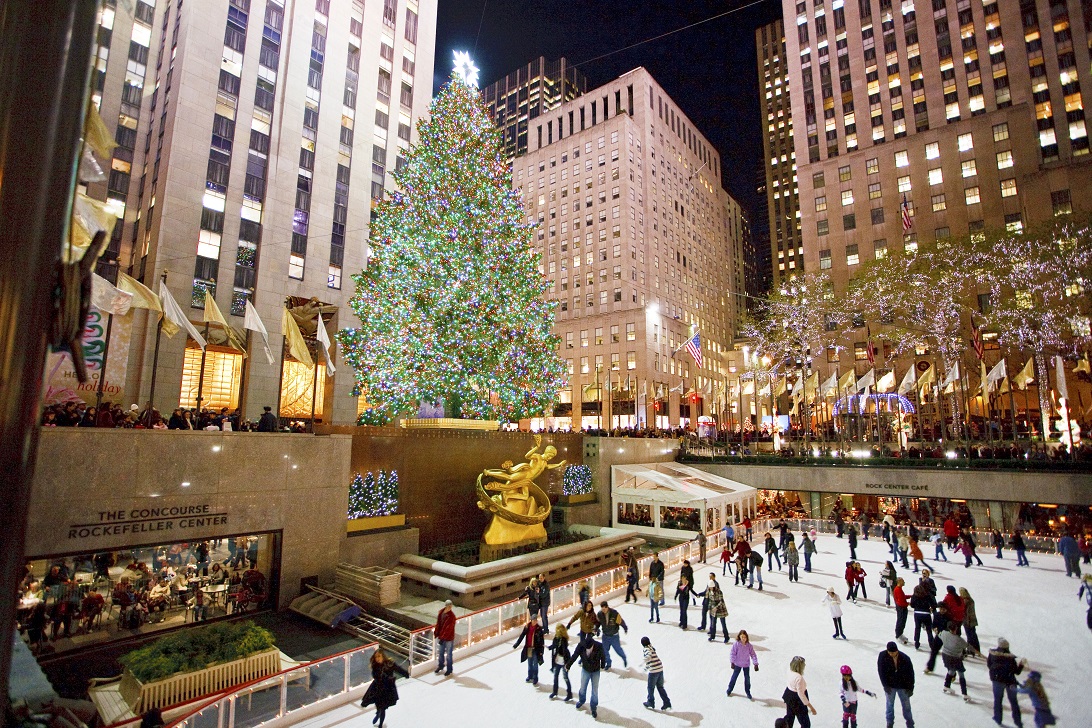 The Tree at Rockefeller Center

It all started with some construction workers trying to cheer everyone up during the holidays when times were especially hard.

That was December 1931 — at the height of the Great Depression. Those lucky to be working on the Rockefeller Center construction site pooled their money to buy a 20-foot-high Christmas tree decorated with garlands made by their families.

Thus the Rockefeller Center Christmas Tree was born. Donated every year, this year, NYC’s tree is from State College, Pennsylvania, and will be lit on Nov. 29 to great fanfare. It is the city’s most famous holiday symbol. The tree stays lit until Jan. 7, and then it is milled into lumber and donated to Habitat for Humanity.

No wonder some 6 million visitors from around the world come to the Big Apple this time of year, more tourists than at any other time of year. They come for the Rockettes kicking up their heels at Radio City Music Hall, the Origami Tree and Butterfly Conservatory at the American Museum of Natural History and the 18th-century crèche at the Metropolitan Museum of Art. There’s also The New York City Ballet’s performance of “The Nutcracker” and skating in Rockefeller Center or the Wollman Rink in Central Park. There are always new Broadway musicals to see, including this year’s “SpongeBob SquarePants.”

And what about new Manhattan attractions — like the NFL Experience Times Square, which immerses visitors in the challenges of pro football, or the interactive Gulliver’s Gate, housed in the former Midtown New York Times building, that features more than 300 miniature buildings of global landmarks.

More than 500,000 people pass by the Rockefeller Center tree every day, making it the epicenter of the city’s holiday celebrations and invariably one of the most crowded. (Check out this list of holiday events and the new edition of my Kid’s Guide to NYC.

And there are plenty of activities and sites that don’t cost anything, like the much-loved Holiday Train Show at the New York Transit Museum Gallery Annex and Store at Grand Central Terminal. Experience Lionel trains traveling through a two-level, 34-foot-long miniature New York City and beyond, all the way to the North Pole. There’s no charge for browsing at The Grand Central Terminal Holiday Fair with its focus on American-made and handmade products with locally-sourced materials.

Companies like Tours by Locals and the New York Adventure Club can provide unique insider experiences as can the complimentary Big Apple Greeter, which is staffed by volunteers, as long as you plan significantly ahead of your visit. Many tourists come just to shop until they literally drop.

Stay in Lower Manhattan at the Conrad New York and take your little skaters for a skating lesson from Olympians Melissa Gregory and Denis Petukhov with the Conrad Skate with the Greats package and get to chat with them, too. The Ice Rink at Brookfield Place is on the Hudson River Waterfront with views of the Statue of Liberty. Guests get an Olympic-branded drawstring backpack, gloves, hats, pins and personalized autographs from the Olympians. (The package begins at $525a night.)

But what many first-time visitors don’t realize is how much there is to see and do over the holidays beyond the top holiday tourist attractions, especially in New York’s other boroughs: 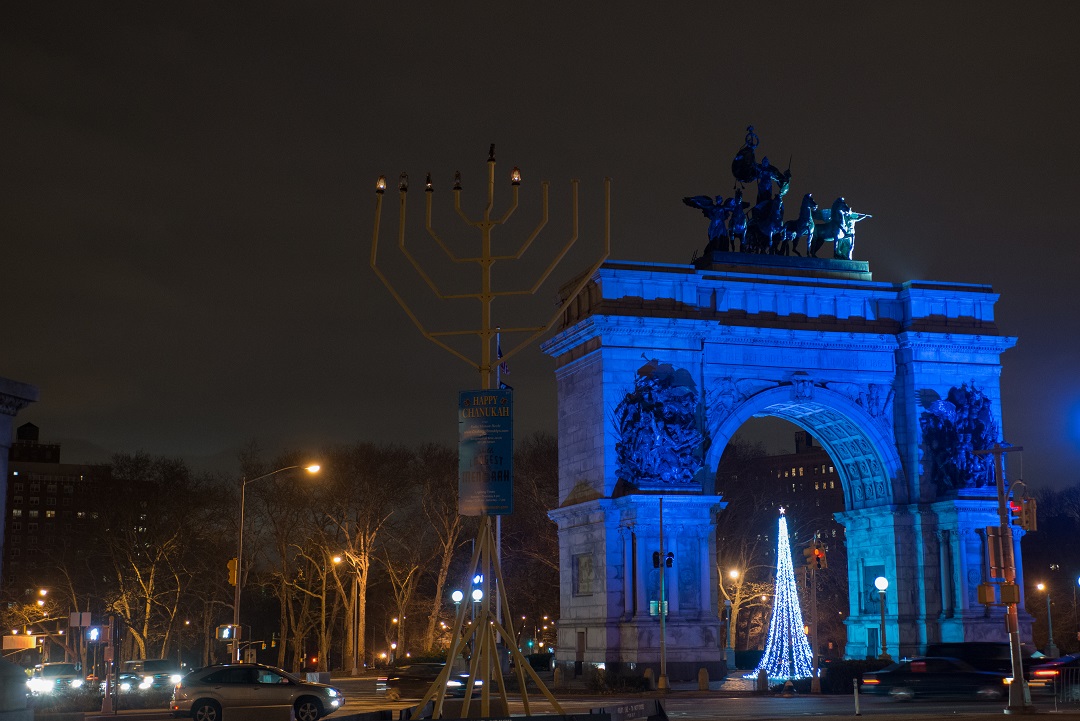 IN BROOKLYN: The Brooklyn Ballet’s “Nutcracker” fuses ballet, hip-hop and various dance genres, reimagining the characters and scenes to represent Brooklyn neighborhoods. Another must-see during Hanukkah: The nightly lightings (Dec 12 to 19) at Grand Army Plaza of the Largest Menorah (32 feet tall), complete with concerts.

IN QUEENS: The Gingerbread Lane at New York Hall of Science is aiming for its fifth straight Guinness World Records title for the Largest Gingerbread Village with more than 1,000 handmade gingerbread houses and structures on display. And if you are on the hunt for some last-minute gifts or souvenirs, Astoria Market Bohemian Hall offers special holiday shopping December 3, 10 and 17 with local crafts, desserts and pastries. All year round, locals know that Queens is the go-to place for ethnic eats, including Indian, Chinese, Thai and Korean.

IN THE BRONX: The New York Botanical Garden’s Holiday Train Show presents trains that travel through a miniature landscape of more than 150 iconic city structures. And then there are The Bronx Zoo’s lighted animal sculptures and special nighttime feedings at one of the largest zoos in the world. (Maybe you can meet Rudolph!)

IN STATEN ISLAND: Just steps away from the Staten Island Ferry (a fun adventure in itself with stellar views of the skyline), the first ever Winter Wonderland SI at Richmond County Bank Ballpark features ice-skating, rides, games, a 34-vendor holiday market and, at dusk each evening, a holiday light and sound show.

Consider staying in an outer borough. (You will find plenty of reasonably priced apartments on www.homeaway.com and www.Airbnb.com.) Download the app for HotelTonight and you will see “GeoRates,” special limited-time offers cheaper than the already discounted rates, which you can now book 100 days in advance. The catch: To access the rates, you need to be at certain GeoRate locations like the airports, Penn Station or Grand Central Station. It’s great as long as you are either in New York or have someone who can book for you!

If you want to stay in the heart of the action, there are plenty of special — albeit pricey — packages like the Nights Before Christmas Package at the Peninsula New York, complete with an in-room gingerbread playhouse and gingerbread cookie decorating kit, among other perks, as long as you can spend $1,145 a night.

Local tourism pros note you might find better deals the week leading up to Christmas, when business people have cleared out or after New Year’s Day, as many holiday attractions last another week.

Be forewarned: N.Y. hot dogs and hot pretzels are really hard to resist!