To Orlando for the first time? Here’s how to make the most of it 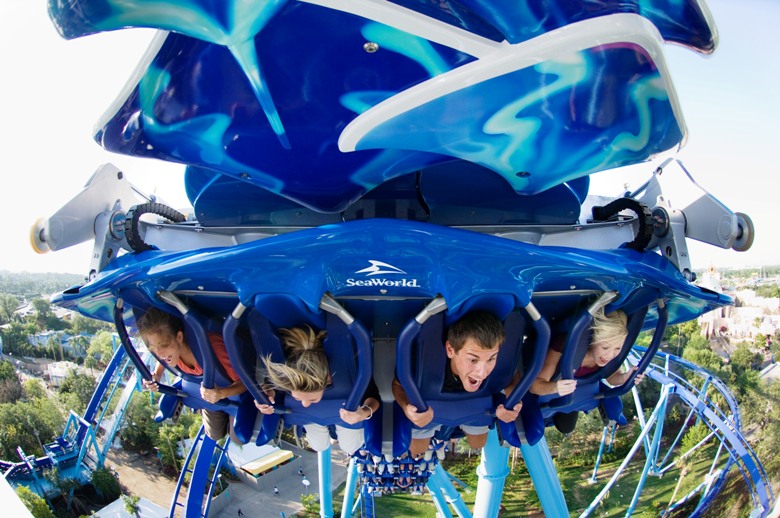 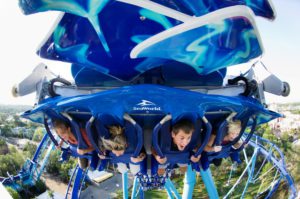 Top of the Drop at SeaWorld Orlando

Talk about the potential for stress.

The Bennetts raced around Walt Disney World with 11 people, including kids who ranged in age from 5 to 18, while one teen was sick in bed at the hotel.

But Theresa Bennett and her extended family were all smiles — even as they waited in line 40 minutes at Epcot to see “Soarin’” — the popular attraction that makes you feel as though you are hang-gliding over California.

“I think this is the best trip I’ve ever done,” declared her sister-in- law Cindy Clark, who is from Pennsylvania.

The key: Smart planning. Buying the Disney meal plan helped, they added. Not only did they save significant bucks and knew what they were spending for food ahead of time, but they also had their choice of restaurants.

“We’ve spent so much less on food,” said Michael Malaniuk, here from Chicago with his wife and two young children — just $300 is feeding the whole family for five days!

Just make sure to make reservations, especially for those all-important character meals.

According to recent polls from Travelocity and Orbitz, Orlando is the number one destination for families this summer. It is affordable with some of the summer’s best room rates (plenty of hotels and condos under $100 a night and special deals for those in the U.S. military) and flights. And we all know you won’t run out of things to do.

You might even be able to afford a fancier place than you thought. For example, you can save 30 percent at Disney Deluxe resorts and Deluxe Villa resorts where you can spread out with a kitchen this summer (www.disneyworld.com, click on “special offers” for the latest deals.)

Holiday Inn Club Vacations at Orange Lake Resort (www.hiclubvacations.com) with its 12-acre lazy river, kids camp and family activities is next to Disney World and promises families a $100 gas debit card, free breakfast and more with rates starting at $184 a night for a suite or villa with a kitchen.

If you are planning to hit “The Wizarding World of Harry Potter” at Universal Orlando (www.universalorlando.com), consider staying at one of Universal’s hotels — at least for a night or two. You get early admission an hour before the park opens to Harry Potter world just by showing your room card and Universal Express SM Ride Access lets you skip the regular lines in both theme parks.

Book a trip through www.seaworldgetaways.com and you get front-of-the-line access to SeaWorld’s attractions and you can save significantly, too, including free all-day dining deals — this when SeaWorld has opened a new “One Ocean” killer whale show, special Summer Nights shows and a new Grand Reef at Discovery Cove where you swim with dolphins and can snorkel with thousands of tropical fish at the new reef.

No wonder Orlando officials say that, despite the heat and humidity, more than 9 million Americans will head to Orlando this summer. The theme parks are especially welcoming for those with special challenges too. (A tip: If your kids aren’t in school yet, wait until mid-August or September. The crowds are gone and prices go down significantly.

Even a drenching downpour one day didn’t get the Bennetts down. “I wish it would rain ever day,” they joked. “There were no lines!”

Whenever you go or whatever the weather, simply figuring out how to navigate the parks can be overwhelming for first-time visitors. Start by checking www.visitorlando.com for the latest deals and discounts. Take virtual tours of the parks with the kids to decide the must-see attractions and make sure each member of the family gets a top pick each day. Try to save souvenir shopping till the end and discuss ahead of time exactly how much each child can spend. (Those tiaras and pirate swords add up!) Bring along snacks, sandwiches and reusable water bottles. You’ll not only save money (and travel greener) and avoid lines but the water bottles become instant souvenirs once the kids slap stickers on them.

Establish a meeting place, just in case you get separated, and put a card in each child’s pocket with your cellphone numbers, the name and phone number of the hotel and even your names. (Young children might say your name is “mommy” or “daddy” when asked.) Point out park employees in uniform who they can ask for help if they get lost.

If you’ve got a baby in tow, make sure to check out Disney’s baby centers where you can nurse, feed a baby in a high chair, change a diaper and buy anything you need from baby food to formula to diapers, even baby pain relievers. “Don’t try to overdo it with young children,” suggests local Jenna Hollon, here with her husband, 3-year-old daughter Londyn and 7-week-old son Noah, about to embark on his first trip to the Magic Kingdom.

The Malaniuks aren’t letting traveling to Disney World with an 8-month-old stress them out either. They chose the deluxe Grand Floridian — closest to the Magic Kingdom — it’s their 6-year-old son Nicholas’ favorite. Another big help: The Undercover Tourist app for the iPhone, which offers maps of the park, waiting times and show and parade schedules. And kids can play games on the phone while they wait in line. (Take advantage of Disney’s FastPass technology, which enables you to catch other attractions while the computer saves your spot in line and tells you what time to return to some of the most popular ones. There is a limit, though, to how many you can have at one time.)

Another tip: Return to the hotel in the afternoon and take a nap or head to the pool. At many hotels, the kids will feel as if they are at a water park with slides, lazy rivers and shooting water cannons. After everyone rests up, return to the parks for the evening festivities and fireworks. Plan for a longer trip, suggests Christine Malaniuk, “So you don’t have to rush.”

Of course, first-time visitors wish some things were better — more information about character “meet and greats” so you don’t get there to discover the line is closed (that’s why character meals are so great when all of the characters come to your table for autographs and photos), more information about the transit system (yes, sometimes it can take two hours or longer to get from a resort to a particular park or restaurant).

Heidi Andron, celebrating her birthday here with her husband, her 2-year-old and her mom, is a fan of the Park-Hopper passes. “You can do one park in the morning, go back and take a rest and do another in the evening,” she explained, adding it certainly helps to bring grandma along too.

Just make sure grandma doesn’t overdo it in the heat. And remember, no matter how hard you try, you can’t see it all. Leave when the kids — and you — have had enough.

Mickey and Goofy will be there tomorrow — promise!