To Philadelphia, the birthplace of the nation 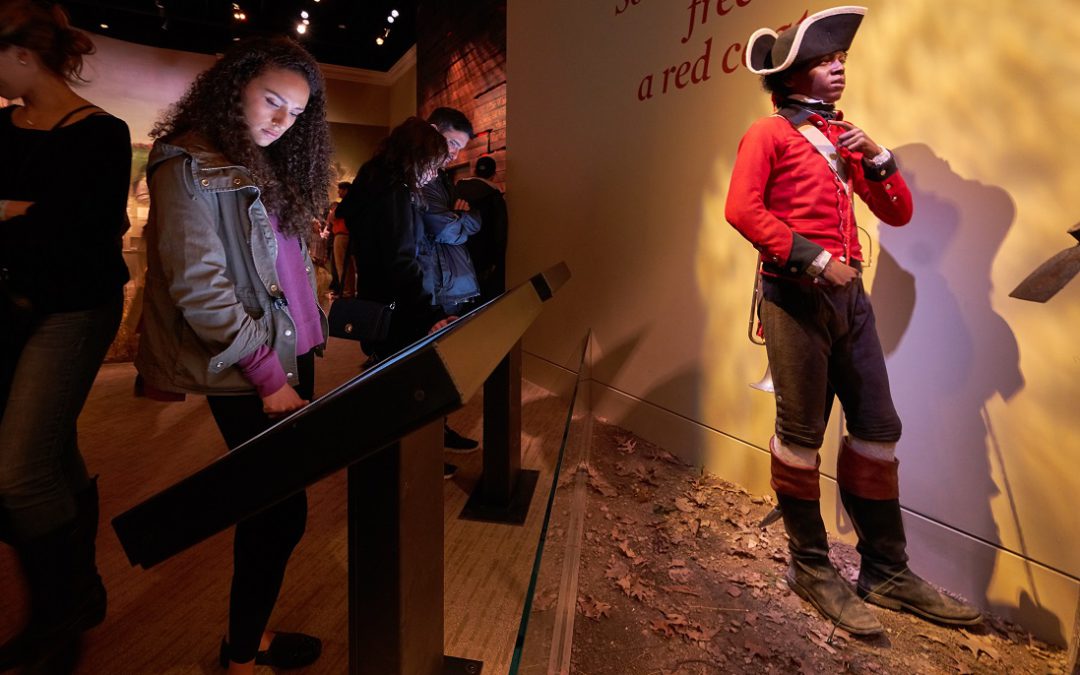 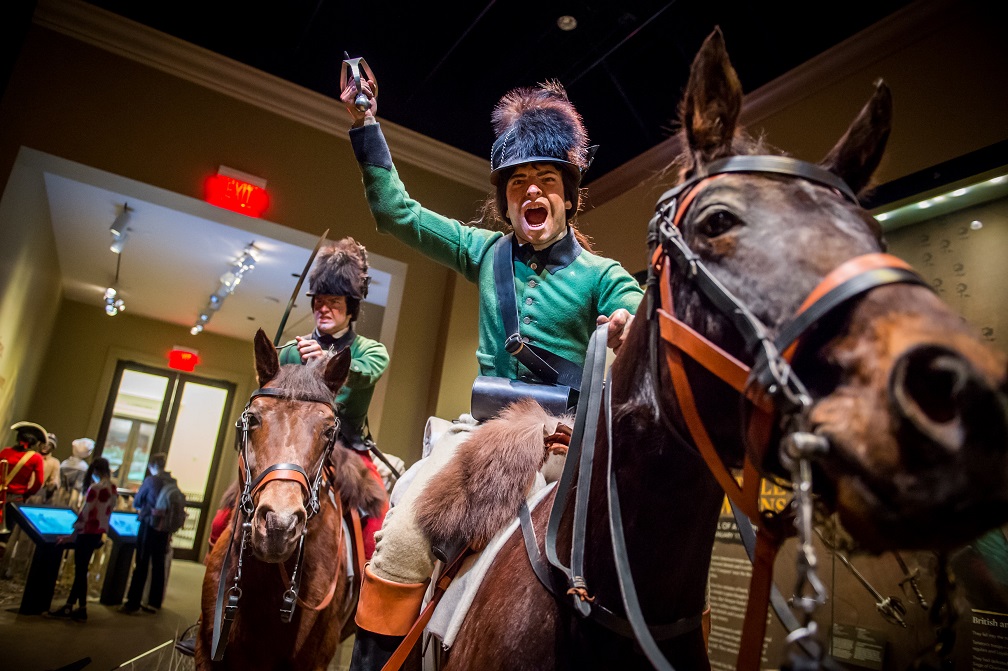 A soldier, a privateer, an army camp follower, a prisoner and a slave.

The kids’ stories, like those of women, Hispanics and African and Native Americans are showcased here “so that everyone feels like they have a tie to this history,” explained the museum’s curator, Mark Curdo, as he guided me around the museum’s new discovery center, Revolution Place. Through a combination of 21st-century touchscreens (join the Revolutionary Army! Trace the route of goods coming and going from the colonies) and more traditional hands-on options (do “laundry” in an Army camp; lay down in an Army tent, “take tea” in an 18th-century home) kids and their parents can travel back to Philadelphia when it was the largest city in the colonies and the headquarters of the American Revolution.

“Just like the internet!” one young visitor declared the “tavern” area in Revolution Place. Philadelphians in the 18th century visited taverns to catch up on the news, as each establishment offered newspapers from all over. A big hit, of course, is the “privy,” complete with artifacts found in an archeological dig of a nearby home’s bathroom — everything from jugs to pitchers to plates. Kids will no doubt like that chamber pots were adorned with a GR — a not-so-subtle dig at King George III.

Elsewhere in the museum, there are baby booties made from a British officer’s coat, shackles designed for a child and toys left behind by camp-follower children who traveled with the army from campaign to campaign. You’ll also find life-sized tableaux that tell memorable stories, including that of 10-year-old Israel Trask, who famously recalled seeing Gen. George Washington break up a soldiers’ snowball fight-turned-riot in Harvard Yard.

Gen. Washington’s war tent, which served as both his sleeping quarters and office throughout much of the war, is housed in a dedicated theater and is the centerpiece of a mixed media presentation. 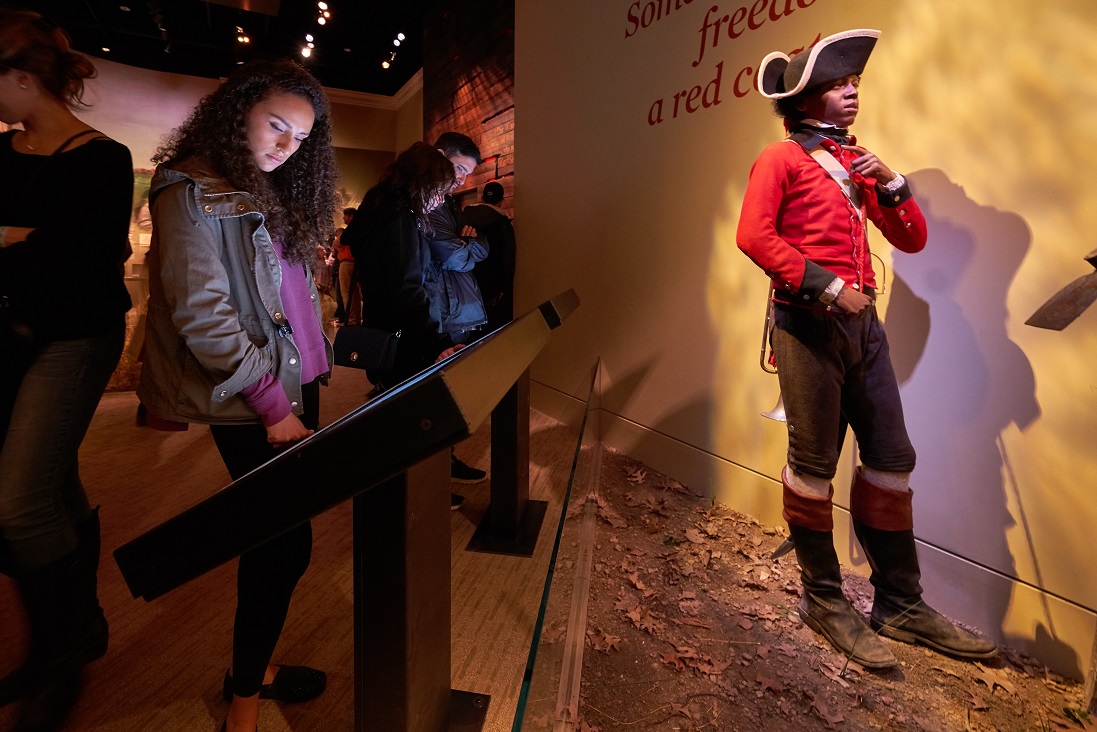 Philadelphia, of course, is a great place to celebrate our country’s birthday, complete with the largest July 4th Fireworks Show in a decade and special holiday activities. For 26 years, Philadelphians and visitors have enjoyed the multi-day WaWa America festival with free events — concerts, free museum days at, among others, the National Constitution Center, the Philadelphia Museum of Art, the African-American Museum in Philadelphia and the National Liberty Museum.

There are hands-on activities for the kids “go forth and learn!” And plenty of good eats.

With Historic Philadelphia, you can have dinner with “Thomas Jefferson” and sneak into Independence Hall to watch the Founding Fathers discuss the Declaration of Independence or Meet Betsy Ross in her upholstery shop. See the famous Liberty Bell in the National Historical Park.

All summer, you can stop by the Storytelling Benches in historic downtown Philadelphia — 13 free benches to hear stories of the true history that took place right at that spot.

New stories for 2018 include “Like Father, Unlike Son: The Revolutionary Split of Benjamin Franklin and William Franklin;” “The Quaker Lioness: Lucretia Mott,” about a ferocious leader in the fight to win equal rights for women and people of color in the 19th century and “Streetcar Justice: The Awesome Caroline LeCount,” who, nearly 100 years before Rosa Parks, took a stand to ensure that all people of color have equal rights to take a seat on Philadelphia’s newly integrated streetcars.

Kids can pick up a Story Flag at any storytelling bench, and then collect a star from every storyteller on their journey. Flags with all the stars can be redeemed for a History Hero Certificate and a free carousel ride on the Parx Liberty Carousel in Franklin Square.

“Storytelling is a wonderful way to immerse children in history — books, movies or even your own family history are great places to start,” suggests Dr. Grant. Make sure to include the “Wow’s” (including gross stories), “How’s” (why things do/don’t work) and “Me’s” (stories that connect to kids’ specific personal interests or that are about “kids like them”).

Even a hotel can help you get in the spirit. The newly renovated Renaissance Philadelphia Downtown Hotel in the heart of “old city” and a short walk to the historic sites and American Revolutionary Museum, includes pop-inspired images of famous Philadelphians in each guestroom. Look closely and you will notice that the railings in this kid and dog-friendly hotel (our pooch was greeted with new toys!) mimic Franklin’s spectacles and the wallpaper encourages you to “read” the Declaration of Independence.

Wherever you are this holiday, remind kids that children their ages were very much a part of the American Revolution. “Kids just don’t realize that there were kids back then who played a role,” explains Mark Curdo.

At the museum’s new pop-up Patriots Gallery, (open every afternoon all summer), that lesson is reinforced as kids try on revolutionary dress, “march,” (many soldiers were young teens) and play with 18th-century toys. (How long can you make your top spin?)

“The American Revolution was more than a war; it was a transformation in the way people thought,” explains Dr. Grant. “It seized power from a king and gave it to the people. The museum shows us that that change continues today, and we all have to play our part in living up to its promise.” Remind kids this July Fourth of the important role in history revolutionary kids played.

Remind them, said Grant, that “You don’t have to be an adult to make a difference.”