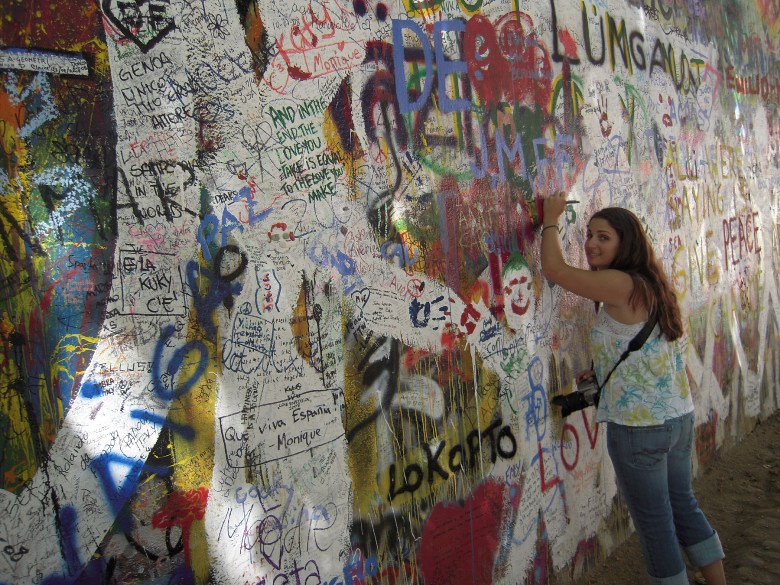 Another day, another castle. But no one’s complaining.

Not in Prague, which many now call The Paris of the East. It’s crowded with tourists on this brilliant summer day. Prague, of course, is the capital of the Czech Republic (www.prague-info.cz) and has been an intersection of continental merchant routes for centuries. And this year, according to a new survey from www.tripadvisor.com, it tops the list of the best European bargain cities, ahead of London, Paris, Lisbon and Budapest.

If you thought Europe was too pricey, think again. With the U.S. dollar stronger than it was last year and with cheap airfares, this may be the summer to visit. Prague especially is guaranteed to be a hit with young visitors, including the two teens I’m traveling with. “Prague has so much more to offer than people expect,” one local mom tells me. And she’s right.

We’re touring as part of an Adventures by Disney (www.adventuresbydisney.com) group that sweats all the details — from where we’re staying to planning kid-friendly excursions, complete with a medieval feast where we’re feted like royalty at the ancient House of the Stone Bell. Here, every child is outfitted in padded vests and protective face gear to fence with the “knights” and the much-loved “King George IV” even makes an appearance to greet us. The kids love all the time travel. “Prague is full of stories and legends, especially this house,” the king tells us. And he should know. He was born at Stone Bell.

Letting someone else arrange kid-friendly excursions in a foreign city certainly has its perks, but Prague, a city of about 1.2 million people, is eminently manageable on our own and a terrific bet with teens who love the combination of the in-your-face history of the centuries-old buildings and the oh-so-hip vibe of the city today. (It helps that we have the pocket-size “Frommer’s Prague Day By Day” (www.frommers.com), complete with fold out map.

There are more than 80 museums and 70 theaters in Prague. Kids will like taking the funicular train to the top of Petrin Hill to see the Eiffel Tower (one-fourth the size of the one in Paris — climb the nearly 300 steps to the top!), the observatory (where you might be able to look through the telescope) and the Maze of Mirrors.

We cross the Charles Bridge, jammed with tourists, musicians and artisans selling sketches, jewelry and more, thinking that people have been crossing this bridge since its completion in 1357!

Prague Castle, which is tops on every tourist’s list, is even older. It was founded in the 9th century. The castle is actually a complex of buildings that includes St. Votis Catjedra, St. George’s Basilica, built in 920 AD, three different courtyards and a toy museum that, when we visited, was showing an exhibition all about Barbie.

We stand in St George’s Square, just behind the cathedral, and look at architecture that spans 10 centuries. This is the largest castle complex in the world and it’s overwhelming — even for grown-ups. (Check out the Prague Card, www.praguecitycard.com. For one price you get (discounted) admission to many city attractions and tours.)

The Castle, where princes and kings of Bohemia once lived, is now the seat of the president of the Czech Republic, Vaclav Klaus. We visit the Gothic cathedral, the spiritual symbol of the Czech state and ogle the stained glass windows. Even the kids seem impressed by St. George’s Basilica. Tiny houses, the 16th-century homes of castle solders, line Golden Lane, but now they’re retail shops (marionettes anyone?).

For centuries, Prague boasted one of Central Europe’s largest Jewish communities and this small area, just north of the Old Town Square, was the center of Jewish life from the 13th to the 19th century. Our visit to the historic Jewish Quarter (www.jewishmuseum.cz) was awe-inspiring and moving. There are four synagogues here along with the Old Jewish Cemetery, which has graves that date back to the 15th century. In the Pinkas Synagogue, where the names of 80,000 victims of the Nazi Holocaust are inscribed on the walls, we can’t stop looking at the haunting pictures drawn by children held at the Terezin Concentration Camp north of the city. And no matter what your faith, The Old New Synagogue, still standing and functioning after 800 years, will surely touch your heart.

We stop for lunch in the Old Town Square — Old Town remains the center of Prague, as it has been for nearly 1,000 years. Along with all the other tourists, we watch the famous Astronomical Clock mark the time. Every hour, two doors open and 15th-century figures, meant to be the 12 Apostles, appear.

Later we walk back across the bridge to visit the John Lennon Peace Wall, which has become a place for fans to express their feelings for Lennon, following his murder in 1980. Today, visitors from around the world write their own messages in a variety of languages. “This is where I am today,” someone named Josepina wrote earlier this summer. “Just enjoy your life,” says another message. “Don’t hope for change, make it happen!” says someone named Meghan. My daughter Mel and her friend Hayley add their own messages to the wall.

As we head back over the Charles Bridge, we see people on paddleboats taking in Prague from the Vitava River, and I’m tempted to while away a couple of hours that way. But the girls want to shop. People come to Prague to buy its famous crystal, amber, garnets and, of course, marionettes. (Check out the National Marionette Theater (www.nationalmarionettetheatre.com) and the International Institute of Marionette Art (www.puppetart.com). Both explains the history of puppet art dating back to the 17th century!)

My two young traveling companions were happy to discover some 21st-century stores too — the shopping center around the corner from the Marriott Prague (www.marriott.com) where we were staying includes two of their favorite stores — H&M and Top Shop.

Mostly we just meander through the narrow cobblestoned streets around the Old Town Square stopping for an ice cream here, a drink there, laughing at the marionettes that come in every shape and size. It’s too bad we don’t have more time to explore the “Lesser Town Mala Strana” where there are many boutique hotels, restaurants, Kampa Park and John Lennon’s Peace Wall.

We’ll just have to come back, the girls say. I think they’re right — for once.