To Provincetown — Not Just for Gay and Lesbian Couples 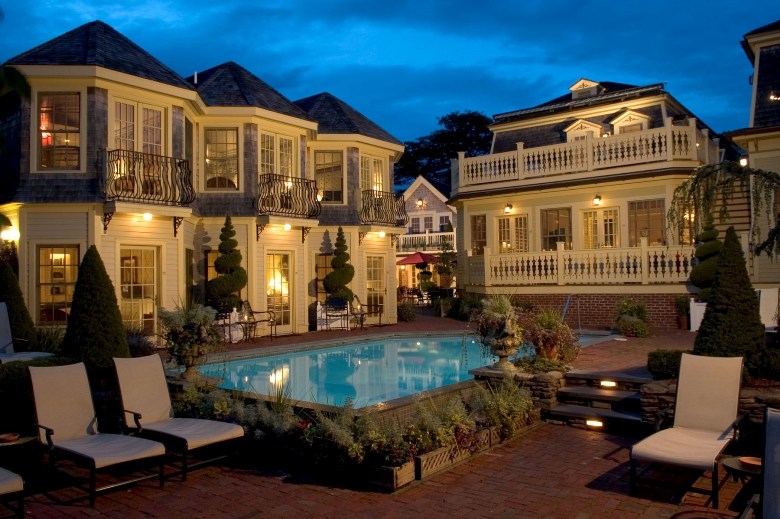 We’re about seven miles off the Atlantic coast of Provincetown, Mass., at Stellwagen Bank National Marine Sanctuary — the closest place anywhere to see whales in their natural habitat. And we’re not disappointed as a playful cub and four huge whales, which can grow to 60 feet long and weigh as much as 35 tons, put on a show for us by breaching, blowing water 10 feet in the air and flicking their distinctive tails (no two humpback tails are alike). Did I also mention the cavorting dolphins?

Wow! Parents and kids aboard The Dolphin Fleet’s whale watch ship (www.whalewatch.com ) race from one side of the ship to the other for a better view, cameras at the ready for a chance to see the whales. Had this been 18th-century off the coast of Provincetown, with its busy harbors and huge whaling port, we would have been hunting the whales for their oil and bones, not taking their picture.

“They are so beautiful,” says 11-year-old Pennsylvanian Ella Simcox, visiting Cape Cod with her family. “This isn’t something you do every day,” adds Laren Middleton, whose 3-year-old daughter, Jenny, is equally excited. She and her extended family — whalewatching together — vacation on the Cape the same week every summer. “It is a real treat.”

Had we been here in the 1800s, we would have been hunting whales rather than photographing them: Provincetown was a very busy whaling port. But by the beginning of the 20th century whaling in the area had given way to tourism and Provincetown (www.provincetowntourismoffice.org ) became a popular destination for artists and writers — Eugene O’Neill mounted his first play here in 1915. As far back as the 1920s, gays and lesbians summered in Provincetown and were instrumental in developing the town’s famous art colony. Some summer regulars became permanent residents and by the 1970s, Provincetown became a mecca for gays and lesbians at a time when they couldn’t express themselves freely many other places. Today, the small picturesque town along Cape Cod National Sea Shore Park (18 miles of sand with great bike trails, beaches and bird-watching, www.massaudubon.org) with its bustling Commercial Street shops and ever-lively late-night scene has turned into the nation’s top domestic gay destination, according to tourism director Bob Sanborn. And since gay marriage was legalized in Massachusetts in 2004, it has become a popular wedding destination with more than 2,000 wedding licenses issued so far.

At the same time, Provincetown has become much more popular for a wider community, attracting growing numbers of vacationing families — both straight and gay. (The upcoming Family Pride Week, July 31 to Aug. 7, will bring as many as 5,000 gay and lesbian parents and their kids.) Heterosexual couples, bachelorette parties and moms like my three oldest friends and me are attracted by the restaurants (30 in a town that’s year-round population is just 3,600), galleries and inns (we stay at the historic Crowne Pointe Inn www.crownepointe.com  and Brass Key www.brasskey.com ). We loved the ambience at the Brass Key where breakfasts and wine and cheese were served in the flower-laden courtyards around the pool. There’s so much to do that we couldn’t fit it all into one weekend.

Alice Elstermeyer, a school secretary from suburban Boston, is taking a few days to reconnect with her 27-year-old daughter, Colleen, at the Crown. “We’re so busy we hardly have time to talk,” she laughed. She loves P Town because there is always something to do.

David Sanford, co-owner of both the Brass Key and the Crown Pointe Inn, is one local businessman who welcomes the change. “We fought our whole lives to be accepted. How could we be exclusive,” he says. “It’s great that we’re all welcoming.”

Did I mention you could teach the kids a little American history here and build sandcastles, kayak, eat a lobster (try the Lobster Pot www.ptownlobsterpot.com) or take out a sailboat (www.flyersrentals.com ). (P Town boasts the biggest rental fleet on Cape Cod and offers sailing lessons too.) Provincetown was the first place the Pilgrims landed — Dec. 21,1620. They wrote the Mayflower Compact here, the first democratic document written in America. Along with a gaggle of visiting families, we climb to the top of the Pilgrim Monument, 252 feet, 116 steps and 60 ramps, which celebrates its centennial this year. (Peek into the adjacent museum for a little more pilgrim and Cape Cod history, including historic dolls and toys.)

TIP: Prices drop 25 percent or more in September, according to Bob Sanborn. You can find last-minute deals at www.ptown.org  and plenty of kid-friendly condos and rental houses. If you are hankering for an inn with your kids, try Land’s End Inn (www.landsendinn.com ) for drop-dead ocean views of the beach across the road or Candy Land and other board games in the parlor. And you’re only a mile’s walk from town. “Families come here to reconnect,” says owner Michael MacIntyre.

You can, of course, come from Boston for the day on a 90-minute ferry (www.bostonharborcruises.com , http://www.boston-ptown.com ), a 20-minute flight (www.capeair.com ) or, if vacationing elsewhere on the Cape, by Art’s Dune Tours (www.artsdunetours.com ), like Massachusetts English teacher Kim Wright and her two young sons whom we met on a bumpy tour of Provincetown’s famous dunes, which stretch as far as the eye can see. Art’s Dune Tours have been run by the same family since the 1940s. P-Town, Wright says, is also great on a rainy day when kids can poke their heads in and out of the umpteen shops, slurp a homemade ice cream cone (we liked Lewis Brothers), take in a play or watch the never-ending street scene on Commercial Street.

Let’s not forget the iconic 1.2-mile Provincetown Breakwater built in 1911 to protect the harbor. It offers a chance to walk all the way on the big rocks across Provincetown Harbor to Herring Cove Beach. Many people arrange to have a water taxi drop them off or pick them up, but we hoof it with other hikers, some with kids in backpacks, and lots of dogs. Some stop for a swim along the way. It takes an hour to get to the dunes and another 15 minutes to cross to the ocean beach at the tip of Cape Cod. But boy is it worth it, especially on a spectacular summer day!

The beach is nearly deserted, except for passing fishing boats and the ferries. One friend collects pretty rocks; another takes a dip in the surf. It’s the perfect lunch spot and I’m starved.

If only we’d brought a picnic basket.

For more on Eileen’s visit to Provincetown, read her travel diaries