To the Caribbean and savings in summer 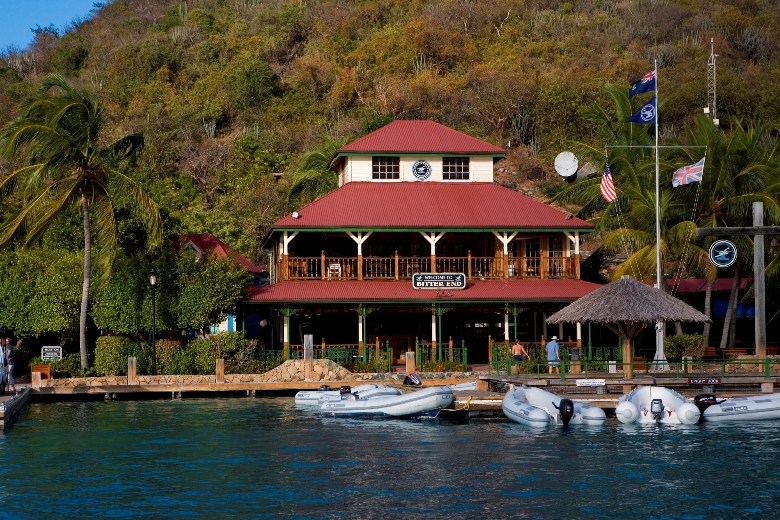 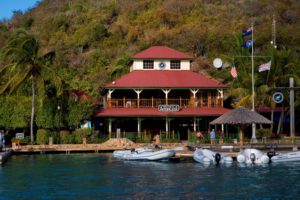 The Bitter End Yacht Club on Virgin Gorda in the BVI

Maybe you’d rather stretch out in the hammock on the wrap-around deck outside your room and take in the killer views of the North Sound of the British Virgin Islands.

Take your pick at the Bitter End Yacht Club on the island of Virgin Gorda, which has long been a haven for sailors and yachters. The resort — identified this year as the British Virgin Islands’ greenest resort — stretches along a mile of waterfront on the North Sound, the most protected and secluded deep-water harbor in the Caribbean.

We’ve stopped like many others sailing these gorgeous islands to relax and enjoy all of the activities we can’t do aboard our Moorings charter catamaran — lounge at the pool, visit the spa, paddleboard, windsurf — and for some diehards, watching sports on TV at the pub. There are nearly as many spots for visiting sailboats and yachts as rooms (there are less than 90) and like others, we stay longer than we planned, gawking at the mega-yachts and making friend with those sailing catamarans like us.

The Bitter End was started by the Hokin family in the 1970s as a family retreat and has since become quite a unique and quirky resort. There is no TV or Wi-Fi in the rooms and while some of the rooms have been newly updated, complete with teak furnishings, others are decidedly dated. But that’s a small price to pay, guests say, for the ambiance, the locale and the amazing water sports. There are 100 different water craft here. The idea is to get out on the water.

“If you want a place like the Four Seasons, this isn’t it,” says General Manager Mo Sallah, as he peers out at the sailboats, the turquoise water and the cloudless sky. “You don’t have a view like this many places. That’s why it takes two planes and a boat to get here.”

Come here in summer and you may be able to afford to vacation like the 1 percenters. Like everywhere in the Caribbean, you can save significant bucks on airfare, as well as lodging. Opt for a high-end resort like this one (book by June 30 for a new five-day inclusive packages ideal for a parent and older child for $2,700 for two — a 20 percent discount — and other packages that give you all of the activities, meals and a second room for the kids at half price), or an affordable condo like Turks and Caicos’ The Sands at Grace Bay where rates start at just $169 a night and you can get a fourth night free, plus free water sports, bikes and more. (Book online using the promo code 4NF.)

Travelzoo’s senior editor, Gabe Saglie, notes that in summer, Caribbean resort savings “can easily surpass 50 percent.” So what if it is more humid around the ocean? His tip: Look for the most deals on islands with the most resorts like the Bahamas, Jamaica and the Dominican Republic.

For example, Beaches promises airfare credits as well as rates up to 65 percent off and all the “Sesame Street” characters your preschoolers love.

You’ll find special kids’ activities, whatever their ages, at Atlantis, Paradise Island, Bahamas, which offers Fantasy Camps for everything from LEGO building to marine adventures to cheerleading and packages that offer a fourth night free and kids meals free for those 11 and under, though you are limited to children’s menus. Antigua’s ultra-deluxe Curtain Bluff has a junior tennis camp and deals that are not only several hundred dollars less a night than in winter but also offer sixth and seventh nights free.

Try the Cayman Islands. There are plenty of deals that get you discounts island-wide, including the Cayman Summer Splash, which offers a fifth night free, a $100 resort credit, Cayman Sea School and family discounts for top island activities and dining.

Anguilla, known for its white-sand beaches, has a prix fixe summer special that includes discounts on accommodations as well as restaurants across the island.

(Check our “51 Great Ideas for Your Family’s Summer Vacation” for more ideas you haven’t thought of in the Caribbean and elsewhere.)

Opt for a villa — great for extended families. Michael Thiel, founder of the membership site Hideaways.com, says you can save anywhere from 20 percent to 50 percent on villas in the Caribbean in summer.

Arrive by helicopter at Bluefields Bay Villas in Jamaica where a nanny and staff are at your beck and call, preparing all your meals, while you play in the pool or on the beach, for 30 percent less than it would cost in winter. (The Lucky 7s package $7,777 includes massages, a private chef, trips to swim in waterfalls and more.

At the Bitter End, families are at least half the business and many, like Scott Smith, are repeat customers.

Smith started coming her as a teen with his parents, returned with his wife before he had kids and now has been here several times with his two boys who are eight and 11.

Just as important, says his 11-year-old son Cameron, “You can never get bored at the Bitter End!”

And, of course, wherever we’re taking our kids; that’s what all vacationing parents hope to hear.

Who has the snorkels?

(For more on Eileen’s trip to the British Virgin Islands and elsewhere in the Caribbean, read her travel diaries)