Touring the museums in Washington with the ABC boys 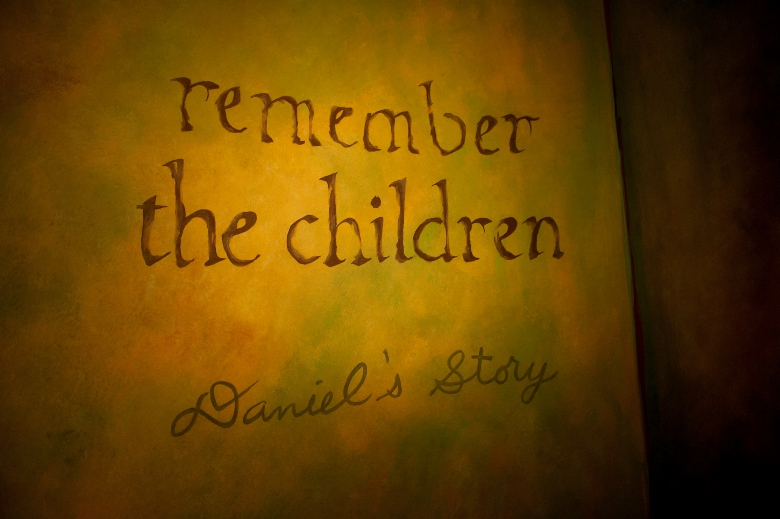 WASHINGTON DC (Day 2 of 3) — One of the best things about Washington, DC is that so many museums are free.  We aim to hit as many as we can.

This time, instead of trying to see all that the Holocaust Museum or the Smithsonian’s Museum of American History has to offer, I tried to pinpoint certain exhibits I thought would most interest the boys from the Westport ABC House who we’re chaperoning this weekend.

So after filling up at the complimentary breakfast at the Capitol Hill Hotel, we headed first to the Holocaust Museum  and its fantastic State of Deception: The Power of Nazi Propaganda  that teaches many lessons for today.

The Nazi Party, of course, honed a propaganda machine that deftly spread lies about its political opponents, Jews and the need for war.  At the same time, for the Nazis to achieve power and pursue their policies and war efforts,  they had to appeal to a broad population, not just extremists.  This exhibit, with the use of rare artifacts, shows how they used film, radio, newspapers and more to create the climate of hatred, suspicion and, most importantly, indifference that facilitated the elimination from society of Jews and others deemed undesirable by the Nazi state.  Insidious—yes!– and possible today through the use of mass communication.

After the war, two Nazi propagandists, Julius Streicher, editor of Der Stürmer, a viciously anti-Semitic newspaper, and Hans Fritzsche, head of the Radio Division of the German Ministry of Propaganda, stood trial at the International Military Tribunal at Nuremberg for crimes against humanity, for inciting the hatred that led to the persecution and murder of Europe’s Jews. Streicher was found guilty and was executed. Fritzsche was acquitted.

In 1948, the United Nations adopted the Convention on the Prevention and Punishment of the Crime of Genocide, which criminalized, “direct and public incitement to genocide,” and since then propagandists have been charged under this statute.

I think the exhibit had even more resonance because we had just toured Remember the Children:  Daniel’s Story which tells the story of a German Jewish boy as we literally walk through the rooms of his life—from his comfortable middle class home to the ghetto where his family was forced to move and finally a concentration camp as notes from “Daniel” explain what has happened, how frightened he was, how hungry and cold.   He wasn’t a real child, but a composite of the millions who suffered and the 1.5 million children who died during the Holocaust.

We moved on to my favorite of the 19 Smithsonian museums:  the National Museum of American History  What better place to take a group of high school kids right before the national election?   We saw The American Presidency: A Glorious Burden   exhibit—even the top hat Lincoln was wearing to the theater the night he was assassinated.

The exhibit includes more than 900 objects that help tell the stories of the 43 men who have had a huge impact on the course of history in the past 200 years.  Check out Thomas Jefferson’s wooden lap desk on which he wrote the Declaration of Independence, the carriage Ulysses S. Grant rode to his second inauguration, George Washington’s battle sword, and the case that held top secret national security documents for Bill Clinton.

We skipped the famous inaugural gowns of the first ladies, the Sesame Street characters and Dorothy’s famous ruby slippers from the Wizard of Oz and headed to The Price of Freedom: Americans at War which surveys the history of America’s military from the French and Indian Wars to Iraq, exploring ways in which wars have been defining episodes in American history, as much for those at home as in the battlefields.

The boys were fascinated.

We couldn’t leave without seeing the Star Spangled Banner  the original flag that inspired Francis Scott Key to write the words to what would become our national anthem after a battle at Fort McHenry in Baltimore during the War of 1812.  Wow!

While some of the crew left to tour George Washington University, we moved on to the Smithsonian’s most popular museum—the National Air and Space Museum.

Look up and you see the history of flight hanging above you– the Wright Brother’s airplane, Lindbergh’s Spirit of St. Louis that he flew to France, the plane Chuck Yeager broke the sound barrier in. Check out the space craft!  They are so small!

Ready to touch a moon rock? You can here or see if you have the right stuff to become an astronaut by riding in a simulator.

I think the boys were sorry we didn’t have time for  the IMAX Theater that shows movies that have to do with flight  or the  Albert Einstein Planetarium where you might see the Muppets gang exploring the night sky.

That’s the beauty of these wonderful museums, I told them—there is always something you want to come back to again—and again.

Dinner was at another family favorite that got a thumbs up from our crew:Texas barbeque at Hill Country where we feasted on ribs and chicken, coleslaw and beans and some of the best mac and cheese we’ve  ever had.

The peanut butter cupcakes weren’t too shabby either.

Everyone was beat by the time desert was served.  Sightseeing is hard work!