TRADING HOUSES FOR YOUR NEXT VACATION 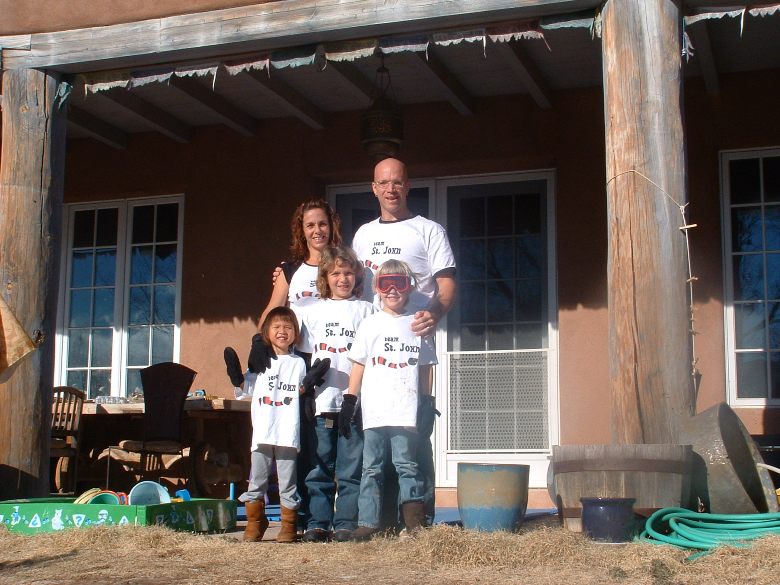 Hmmm. A cottage in the English countryside or a flat in Paris, a deluxe Caribbean villa or a house with a pool in Orlando, San Diego, Canada, Colorado, New York City or San Francisco. Take your pick for summer vacation. Price is no concern. It won’t cost you a penny — really. There’s just one tiny hitch: While you are splashing in the pool in San Diego, sightseeing in London or hiking in Colorado with your kids (and grandkids), the owners of your temporary vacation manse will be making themselves and their kids at home in your house. Welcome to the fast-growing world of Home Exchange (www.homeexchange.com). Families also trade pets, vehicles (saving even more by not paying kennel fees and for rental cars) kids’ toys, grown-up toys like surfboards and even friends.

“I’m addicted,” says David St. John, a New Smyrna Beach, Fla., businessman whose kids have been able to use the ski gear owned by the Colorado family they’ve traded with via Home Exchange. Those Colorado kids, in turn, used the St. John kids’ boogie boards and other beach toys.

Besides the obvious savings — The St. Johns said they couldn’t afford to take the kids skiing otherwise — “There is everything you need,” says Shanna St. John, a teacher. Unlike a rental condo, the kitchen is fully stocked with staples. There are computers and video games, DVDs for the kids — and for you.

You’ve got plenty of room to spread out, though your boys might need to sleep on princess sheets, as the St. John kids did. “They got over it,” David St. John said. And the host family makes sure you not only have a list of their favorite restaurants, local attractions, doctors, dentists and babysitters but also puts you in touch with neighbors and friends.

“In London, we became really good friends with their friends,” said Dr. Brock Fisher, a San Diego anesthesiologist who is also an enthusiastic exchanger and is on the hunt for a place for this summer. His mother and brother go along, he added. “Those friends took us places we never would have found on our own,” he said. “With home exchanges, you’re not like a tourist,” he said.

Home exchanges have been around for decades. Dr. Fisher remembers a home exchange catalog he used as a young resident. But the Internet changed everything, said Ed Kuchins, founder of Home Exchange, the country’s leading service with more than 20,0000 listings around the world. The 2006 movie “The Holiday” featured a home exchange between Cameron Diaz and Kate Winslet and gave the industry a huge boost, said Kuchins. These days, families also exchange second homes or may end up with a three-way exchange. A Swedish family, for example, came to the Fishers house in San Diego, while a Dublin family went to Sweden and the Fishers went to Dublin.

“The savings, especially with young children, is really amazing — more meals at home, a washer and dryer no need to ship or cart around strollers, cars seats, porta cribs, etc.,” said Helen Bergstein, the founder of www.digsville.com , which has seen a 25 percent increase in family listings in the past three years. Another plus, she added, “If you are eliminating the cost of lodging, you have the opportunity to stay longer and afford excursions that otherwise might be too pricey.”

Now the weak dollar (for those pining to show their kids Great Sites overseas) and the faltering economy has made the idea even more appealing to Americans looking to save money, as well as to Europeans who want to come to the United States where their Euros are worth so much more. (Visit www.homelink.com www.intervacusa.com or www.knowyourtrade.com to decide which club is best for your family.) All you pay is an annual fee to use the site.

At www.homeexchange.com for example, the fee is less than $100 for as many exchanges as you’d like to arrange. You deal directly with your exchange partners and can create a contract stipulating what is included (pet care, for example) and what’s not (use of the car for 500-mile jaunts). By the time the exchange happens, says Dr. Fisher, you’ve emailed and talked on the phone so much you don’t feel like strangers anymore.”

“You are not just getting a place to sleep, you are creating a relationship,” said Nicole Feist. Feist, a New York mom of two young kids, has exchanged more than 40 times — even for her honeymoon in Europe — and now writes a blog about the process, offering tips for new exchangers at HomeExchanger.Blogspot.com

But, you think, do you need to worry about someone trashing your house or stealing anything?

“It does require a certain level of trust,” said Shanna St. John.

Karen Lavin, who lives in suburban Los Angeles, admitted she was skeptical at first about having strangers in her house. But she quickly became a convert, exchanging last summer with an American-British family who wanted to spend a few weeks near her family in Los Angeles.

“No way could we have afforded to go to London with three kids otherwise,” said Lavin. There was another plus: If the kids needed down time, she didn’t feel as if they needed to maximize every second. Because of the cost of the trip, “We weren’t stressed out at all about what we were spending,” she said.
Some exchangers say they end up in homes far nicer than their own. That’s fine, as long as you are honest about your home. “Don’t oversell your place,” counsels Dr. Fisher. You don’t want anyone to be disappointed when they arrive. Be honest about the neighborhood, and the number of people you are bringing.

And make sure to take care of the place as if you were house sitting for your boss, suggests Nicole Feist. “If you aren’t a neat freak, pretend everyone else is and act accordingly,” she says.

Remember, she adds, you are a guest in someone’s home, just as they are in yours.

No swinging from the chandeliers.