Time Traveling Back in History in Boston 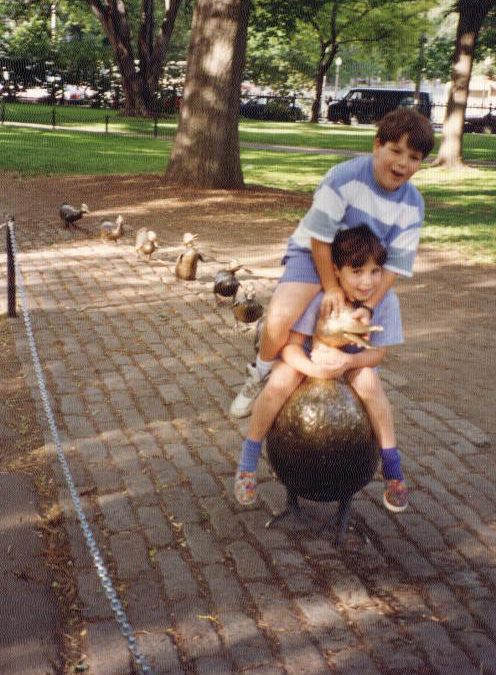 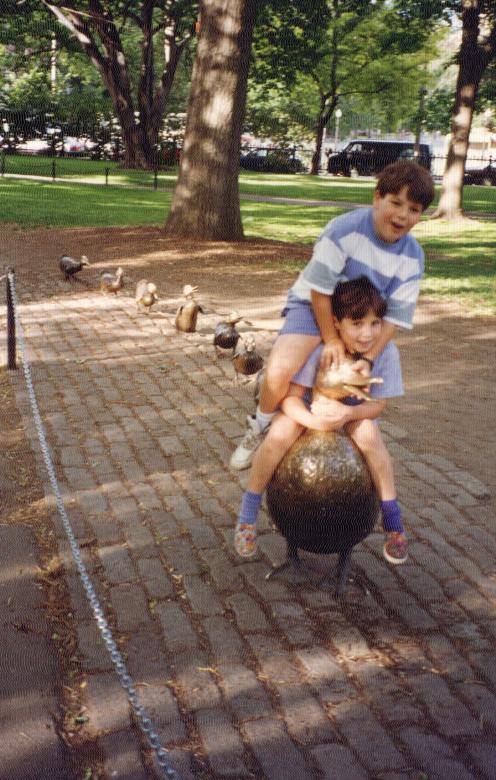 Check out the red coats.

They will be easy to spot in Boston this month, especially if you are willing to do a little time travel.

Travel back to the 18th century and you can even ask a British Regular, famous for their red coats, what it was like to serve so far from home where everyone seemed to hate them. (Not so much different from today, is it?) Watch the Regulars’ Changing of the Guard at the site of their original garrison at Faneuil Hall Marketplace. The British garrison was in use almost continuously until the Boston Massacre in 1770, which began as a confrontation between Boston citizens and garrison guards.

We toured Boston’s famous Freedom Trail (www.thefreedomtrail.org) with a “British Regular” (actually a history professor at Quincy College named Michael Szkolka) who, despite the summer heat, was decked out in a red wool jacket, long-sleeved white shirt and white britches. Szkolka says he wants give us an “objective assessment of history,” as we make our way nearly three miles past some of the 15 historical sites on the Freedom Trail. We walk past America’s oldest public park, Boston Common, the golden dome of the State House to the Granary Burying Ground where Paul Revere (did you know he had 16 kids?) and John Hancock, among others, are buried and then onto the Paul Revere House and Faneuil Hall. (For more on the tours, visit www.freedomtrail.org. You can also download an audio guide to the trail and get a copy of “A Kid’s Guide to Boston’s Freedom Trail,” which is packed with trivia and activities. (How many of Ben Franklin’s inventions can you find in the picture of the schoolroom?)

Come the weekend of Aug. 13 and visit the British encampment on Boston Common. More than 20 companies of 18th-century British Army re-enactors will set up a replica of their camp during the 1775 Siege of Boston, which lasted 11 months. The kids can check out a surgeon’s tent or see what the army ate, watch a skirmish with the colonists or see how soldiers entertained themselves.

While you are in the neighborhood, visit the Boston African American Historic Park (www.nps.gov/boaf/), which celebrates its 30th anniversary this fall. It sits just steps from the Freedom Trail. In Boston’s Beacon Hill neighborhood, there are 15 pre-Civil War structures that relate to the African-American community’s fight to free the slaves. The Museum of Afro-American History’s African Meeting House (http://www.afroammuseum.org/), built in 1806, is the oldest standing African American church in the United States.

After all that history, you probably are ready for some ice cream and souvenir shopping. Often called the “Cradle of Liberty,” Faneuil Hall, built in 1742, was where the Sons of Liberty met and argued against the king. Today, of course, it is a top tourist attraction with shops, restaurants, bars and street entertainment attracting some 18 million visitors every year. When we visited, a school group sang gospel while kids slurped frozen lemonade and parents nibbled lobster rolls as their teens rushed off in pursuit of souvenirs.

That’s what I love about Boston (www.bostonusa.com). You can walk in the footsteps of 18th-century soldiers and politicians one minute and watch a 21st-century juggler the next all while shopping for Red Sox caps and lobster magnets.

You might even make a new canine friend, if you venture into the historic Fairmont Copley Plaza (www.fairmont.com/copleyplaza). This is where Black Lab Catie Copley holds court in the lobby, always ready to go for a walk or a run with hotel guests. She’s a celebrity of sorts with two books to her name — “Catie Copley” and “Catie Copley’s Great Escape.” The books, written by Deborah Kovacs and illustrated by Jared T. Williams, are so popular that kids come into the hotel just to visit. A couple of little boys pulled their dog-eared copies out of their strollers to show me. I think every hotel could use a Catie — and a kid’s book that makes a visit all that more special. (The Fairmont Copley Plaza offers great summer packages.)

The hardest part about visiting Boston is figuring out what else you want to do besides walking in all those famous historic footsteps. Tour a college. (Boston has the highest concentration of colleges and universities in the world — 500,000 students and 100 campuses. There are so many colleges here that there is a new “Think Mass” brochure designed specifically for students and families planning college visits here. (Email your request for a brochure to visitus@bostonusa.com.) Shop till you drop on Newbury Street or Harvard Square and eat till you are stuffed during Restaurant Weeks later this month when restaurants across the city, Cambridge and beyond offer two-course lunches for $15.10 and three-course dinners for $33.10.

Tour the New England Aquarium (www.neaq.org) where everyone loves the penguins or stop by the family art carts at the Boston Museum of Fine Arts (www.mfa.org). Go to a baseball game or take a tour of Fenway Park (http://boston.redsox.mlb.com/bos/ballpark/index.jsp). There are great new baseball and zoo packages at Hotel Commonwealth (www.hotelcommonwealth.com).

You won’t bust the budget either with the Family Friendly Value Pass from http://www.bostonusa.com/visit/bostoneveryday/be/greatdealsview=list, which offers some 75 discounts and kids-free offers. (There is even a new iPhone app that allows you to search Boston events and deals and even purchase tickets. It’s just 99 cents and can be downloaded from either the www.bostonusa.com site or directly from the iTunes store.)

Hop on and off the distinctive trolleys (www.bostonupperdecktrolleytours.com) that make a circuit around the city’ top sites — from Copley Square, across the street from the country’s first public library, to the USS Constitution, the oldest commissioned warship afloat affectionately nicknamed Old Ironsides during the War of 1812) to Harvard Yard. (Stop for a meal at Henrietta’s Table (www.henriettastable.com ) at the Charles Hotel where the kids will love petting the sculpture of Henrietta the Pig and you’ll love the menu that highlights local and fresh ingredients.)

Ride the swan boats in Boston Common or let the kids jump on the statues of Mrs. Mallard and her ducklings in the Boston Public Garden. (Pick up a copy of Robert McCloskey’s “Make Way for Ducklings.” First published in 1941, the book tells the story of a pair of mallard ducks who decide to raise their family on an island in the lagoon in Boston Public Garden.)

I smile when I look at the picture of my much younger kids doing just that.