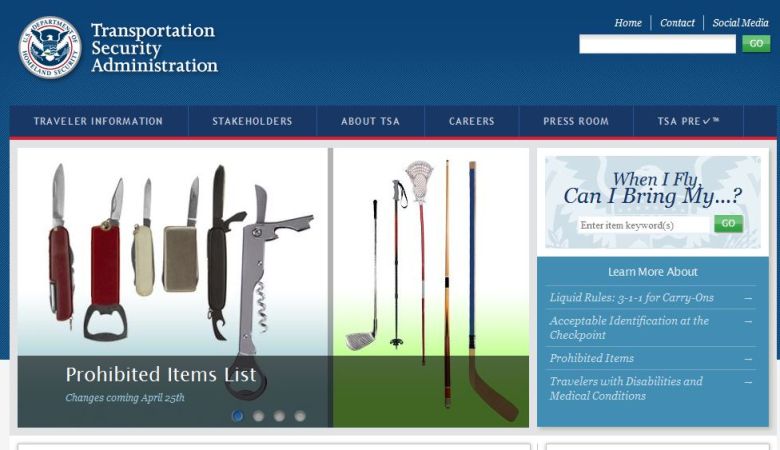 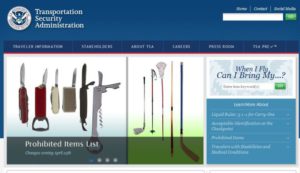 You can’t bring a bottle of water onto an airplane.  You might get stopped at security with a container of breast milk.

But you can bring a baseball bat?

And ski poles and hockey sticks?

Not to mention small knives?

Come on TSA, which announced last week that these items will be allowed as carry-on beginning April 25. How about a little common sense?

When the Association of Flight Attendants (AFA) objects to allowing items like those mentioned above, we should take it seriously and so should the Transportation Security Administration.  After all, flight attendants are the ones who have to deal with the passengers – and their carry-on items – in the cabin of the plane while the flight crew is securely locked behind hardened doors.

What happens when a drunk, or addled or anger-unmanaged passenger has an issue with a flight attendant or another passenger, and has access to a golf club?  Or a baseball bat?  Or even a small knife?

We all know the stories of flight attendants and passengers having to resort to subduing an unruly flier (in one recent case a pilot).  How much more difficult and risky will this be with these previously prohibited items accessible in the cabin?

And really, who needs to bring a golf club or a ski pole on an airplane?  Check it in your baggage.  Your full set of golf clubs or your skis have to be checked anyhow.  It doesn’t cost you anything extra to check your two clubs or ski poles.

And as far as knives, just forget about it.

“This has to change. They’re a deadly weapon, and they’re unnecessary. It is unnecessary to put these on our aircraft. After Sept. 11, the policy changed, and it changed for a reason,’’ Nelson said on the Today Show.

Meanwhile, at least the TSA may be starting to “get it” with another part of the airport security process right — inappropriate or unnecessary pat-downs.

According to the New York Times’ Joe Sharkey, the TSA recently apologized to a disabled 3 year-old girl and her family who endured a traumatic security check at the St. Louis airport.  The little girl, who has spina bifida, had her favorite toy taken away and was crying while her mother pleaded with agents – and recorded the scene on her smartphone – who were going to frisk her.

The TSA now says it will train its agents to more appropriately handle situations like that.  Let’s hope they get the message.

On a recent trip through Denver International Airport I winced when I watched a woman with a big cast on her leg in a wheelchair and in obvious pain being subjected to a lengthy search by TSA agents.  She even was clutching a plastic bag from the hospital ER.  I’ve seen elderly people and young kids run through the hoops when it clearly wasn’t warranted many times too.

Let’s use some common sense.