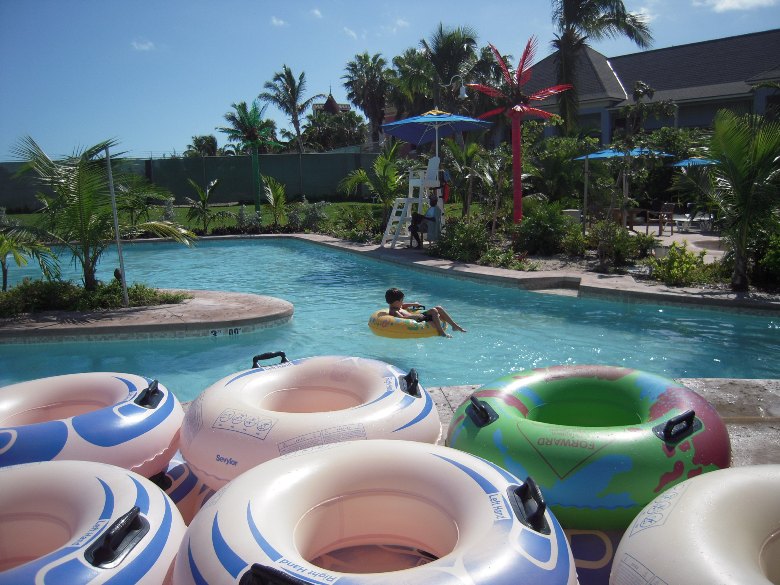 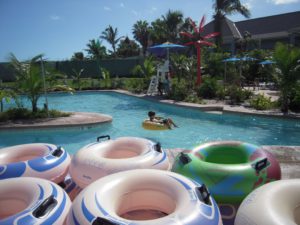 Milo Greenspon may only be four but he drove his family’s vacation decision—straight from Chicago to Beaches Resort in Turks and Caicos. (http://www.beaches.com/main/tc/tc-home.cfm)

“He came to see Elmo,” his grandmother Alisha explained. And Milo couldn’t be happier at the Character breakfast where Elmo, Ernie, Burt and an array of other Sesame Street characters made the rounds as families ate scrambled eggs, pancakes and bacon, “He’s been asking for the last two years to come to Elmo’s Beach,” explained his mom Catherine.  “And if he’s happy, I’m happy.”

The Senior Greenspons acknowledged that as beautiful a resort as Beaches is—and it is with 12 miles of beach,  9 pools, 15 bars, 16 restaurants and seven water slides–they wouldn’t be here if not for Milo.

“They make it so easy,” adds Nicole Dallas who is lining up to take pictures with her two preschoolers while her husband is out diving—at no extra charge. This is their first “big” trip with the boys aged two and three, she says. “We could have gone to Mexico for half the price but it wouldn’t be the same.”

“We’ve been here four days and we already booked for next year,” said an enthusiastic John Balamenti, watching his toddler Gia, her eyes transfixed on Abby Cadabby and Zoe.  She also drove the family’s decision because of her devotion to Sesame Street. They have a lot of company—more than 60 per cent of guests return.

“This is our fifth time,” says Leora Tiloccia who is from Amityville NY and has a four year-old. She’s traveling with three other families and a total of seven kids. Another plus: there are always kids to play with.”

“There aren’t a lot of places that have activities for her and where you can take her to all the restaurants,” adds his wife Anne Marie.

Still, they aren’t even using the kids’ day care and camp facilities.  “I want to spend time with her and enjoy it,” he explains.  “Maybe next year.”

The vast majority of families do use the kids camp—especially the younger ones, says Joel Ray, who oversees the programming here and at the Beaches on Jamaica. This week, he notes there are 483 kids—295 of them seven and younger. But some busy school weeks he adds, there might be 1500 children here.

Other families, executive chef Colin Watson tells me, come here because his staff can accommodate food allergies not matter how severe. Gluten free pizza or cookies, sugar free, peanut free—they even use separate utensils pots and cutting boards and have a designated “culinary concierge” to  help. All you need to do is tell them at breakfast where you want to eat lunch and where and they’ll do the rest so parents can relax, no matter what food issues they have. “We’ve had kids who never ate a chocolate cookie before,” he said.

Kim and Dave Wilson choose this place for their honeymoon—because of three year old Harper who was happy to join the kids’ activities. “It’s nice for us to get a break since it is our honeymoon and they do so much with the kids.  And they love the all inclusive aspect too. “It’s nice to go to a restaurant have a drink and just leave, not pay,” said Kim Wilson, who is from Portland Oregon. “You pay more but you get more.”

And from what I saw on a not-so-busy week the counselors deserve kudos. They genuinely seem to enjoy the kids. “I love my job,” says 21 year old William Fulford, who jokes with the kids in their playhouse and then sets out to make them a “volcano” out of baking soda, vinegar, water and dish cleaner and food coloring.

“Have you seen a volcano before?” he asks them.

“On the telly!” replied four year-old Alphie, who is from England.

The volcano kind of fizzles but the kids don’t seem to mind. They can’t wait to get into their pool. Only  eight inches deep, it is perfect for them (though they all wear life vests).

Earlier, they’d made “pizza shakers” out of paper plates and counted with the Count—in Italian as well as English  in an area of one of the Italian restaurants set up with kiddie tables and statues of the gang: Big Bird in a suit of armor, Bert and Ernie playing the mandolin and lute, Oscar painting, Grover juggling vegetables.  It is all so kid friendly!

For some well heeled families, this is a place they come every year. For others like the Hawleys, from Boston, here with their four and two year old daughters, this is a dream vacation–one for the memory books. Matt Hawley, a registered nurse, scored a 60 per cent off deal making the trip—though expensive–affordable at $6000 including air.  “We’re living our dream vacation,” he says, adding that this is their first big trip. “It is expensive. But you really get pampered. On a lot of cold winter days, we’ll be looking back thinking of this.“