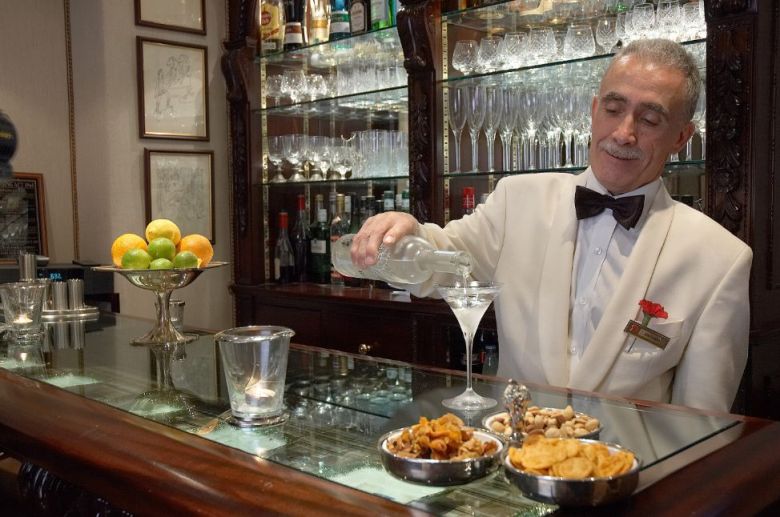 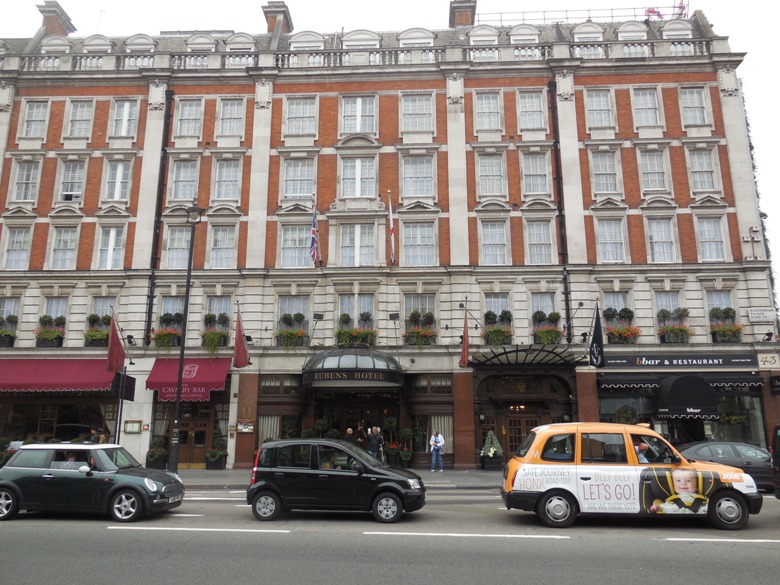 Street view of Rubens at the Palace

LONDON (Day Two) — Got your apron on?

At the Rubens at the Palace hotel (it is across the street from Buckingham Palace), kids are invited to join the pastry chef to make chocolate covered strawberries and decorates cupcakes.

The 161-room hotel welcomes kids with their own check-in with giant London pen, and kids map of London. Kids-sized robes and slippers are waiting in their room, as will be cookies late every afternoon when they return from sightseeing.

“We want to make it extra special for kids,” says Paula Orton, the guest services manager. 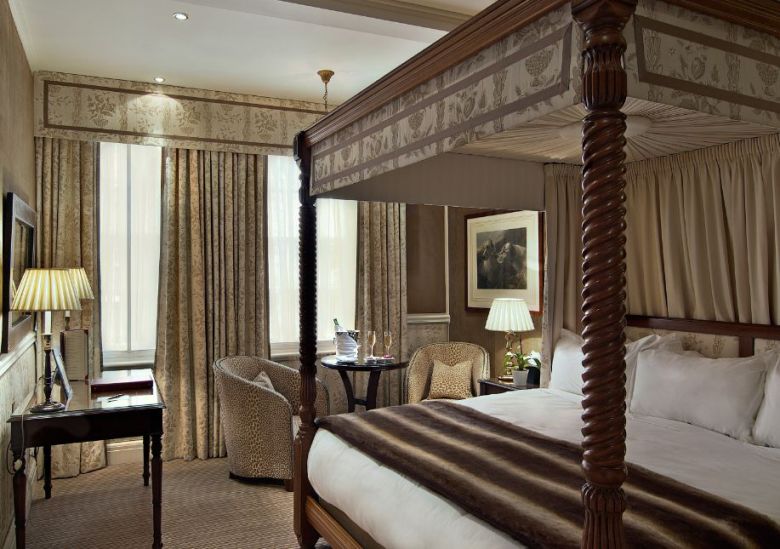 Master suite at the Rubens in London

I just wish I’d known to book a king room as the regular double room not only was small but featured a double bed—small for two of us, I thought.

Of course you have your choice of where to stay in London—historic hotels like the Dorchester and Connaught, American chains, B and Bs and rooms from AirBnB, apartments… at all varying price points.

What I liked about the four-star Rubens Palace is that the staff went out of their way to be helpful. They are trained to greet children by name and ask them what they are doing that day.

I liked its sister hotel The Egerton House Hotel even more—maybe because we not only had a larger bed and room but because I felt like a princess in the canopy bed. There would have been plenty of room for a kiddo or two, since the couch was a fold-out bed.

Antonio pouring a martini at the Egerton House Hotel in London

It is less than half the size of the Rubens Palace and on a small street in the tony neighborhood of Knightsbridge, not far from the Victoria and Albert Museum and Harrods. We felt as if we were staying in someone’s luxurious London home—a bar that was like a living room with comfortable cushioned chairs and couches, piping hot coffee brought to our room in the morning at no extra charge, and a bartender named Antonio who has been mixing martinis for decades –the best in London, he declares. My husband thought so.

You would think the Egerton would cater mainly to well-heeled adults but Michelle Devlin, the general manager, says they attract many families, including multigenerational groups who settle in for a week or more.

Even breakfast was wonderful. Sure you get breakfast included at hotels in London but this was among the best we’ve had–freshly baked muffins, made to order omelets, fresh berries, smoked salmon… Honestly, this hotel goes on my top ten list.

I hated to leave.