Two new ways families can take the stress out of flying 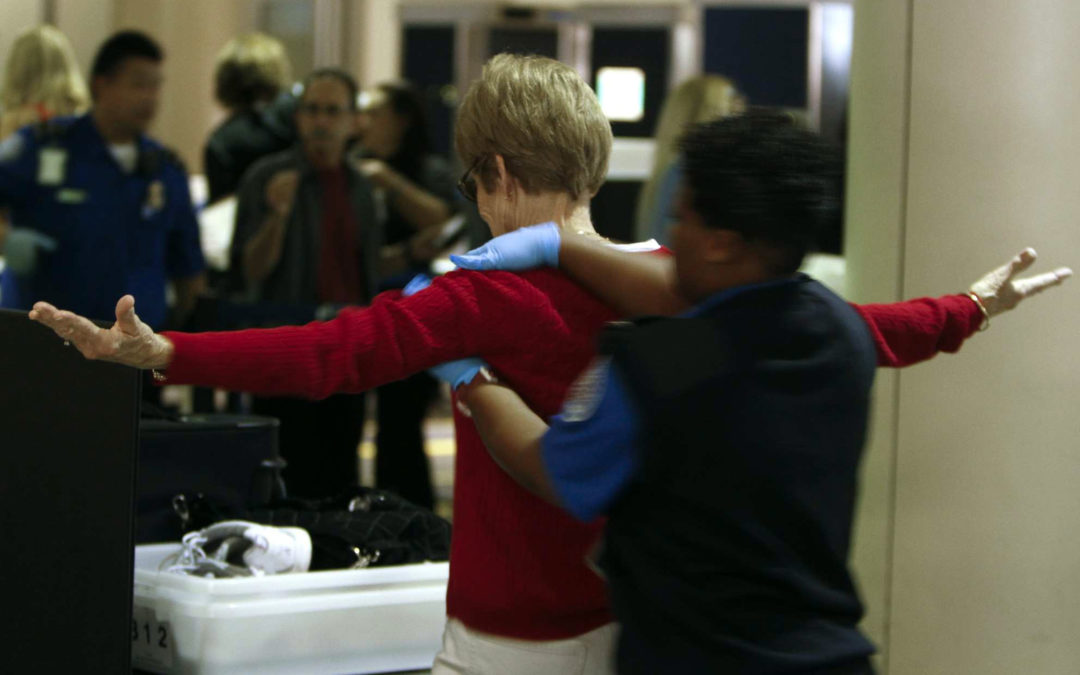 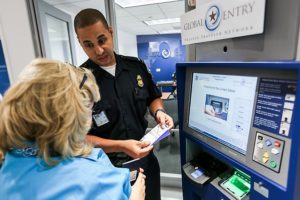 I hate waiting in long lines.

Theme parks are bad enough but in my book, there’s nothing worse than long lines at airports when you’re already stressed by holiday travel (a long weekend with that cousin who always teased you mercilessly) and the kids don’t want to let go of their juice box, blankie or stuffed giraffe at security. The line is so long, in fact, you’re worried you’ll miss your flight (that happened to us once in Phoenix). And you won’t have time to get the kids anything to eat before you board because — no surprise — there will be long lines at all the food kiosks. It’s no fun for those people behind you in line who don’t have kids either, though many times they could be a little nicer.

And by all accounts, those lines are going to be particularly awful this holiday season. According to Airlines for America, the United States’ oldest and largest airline trade association, more than 25 million passengers are projected to fly over the 12-day Thanksgiving holiday period, from Friday, Nov. 22 through Tuesday, Dec. 3. If you’re flying on the busiest days — Wed, Nov. 27, Sun, Dec. 1 and Monday, Dec. 2, you’ll have lots of company — 2.56 million passengers on Sunday alone.

Maybe you can take some consolation in that AAA is reporting that, overall, Thanksgiving travel is down slightly from last year, with the vast majority — some 38.9 million of us —getting to our Turkey dinners by car. Of course, that won’t help if you’re stuck on an interminable line at airport security, can’t get a seat on the plane with your kids or miss your connection entirely.

No wonder 70 percent of travelers admit to being stressed by Thanksgiving travel, a new TripAdvisor poll found.

Take a deep breath — and keep smiling. Believe me, getting upset won’t help and if you’re upset, the kids will get upset.

Want to get whisked through security? It may be too late for Thanksgiving, but if you are flying for Christmas, you’ve got time to sign up for Global Entry, the trusted traveler network that allows you to make your way quickly through special lines and customs by using automated kiosks at 97 domestic airports through the TSA Pre-check Program.

I felt like a VIP the first time I used the program. I didn’t have to take off my shoes — even my jacket, nor take out my laptop or liquids when I breezed through security at JFK. And when I returned from Europe, I was through customs in five minutes flat at one of the busiest international airports in the country.

Global Entry reduces wait times more than 70 percent with more than 75 percent of travelers processed in less than five minutes, according to a U.S. Customs and Border Protection spokesman. There are even partnerships with certain foreign countries to speed you through lines overseas. No wonder more than a million people, including more than 33,000 kids and teens, have signed up. It’s well worth the hassle of filling out the online application, going to the airport to get fingerprinted and paying the $100 fee, which gets you in the program for five years.

“You don’t want to wait in a long line at customs with five kids after a long flight,” said Astrid Womble, who was signing her kids up at JFK. “Forget the kids,” she added, “my husband doesn’t want to wait either.” 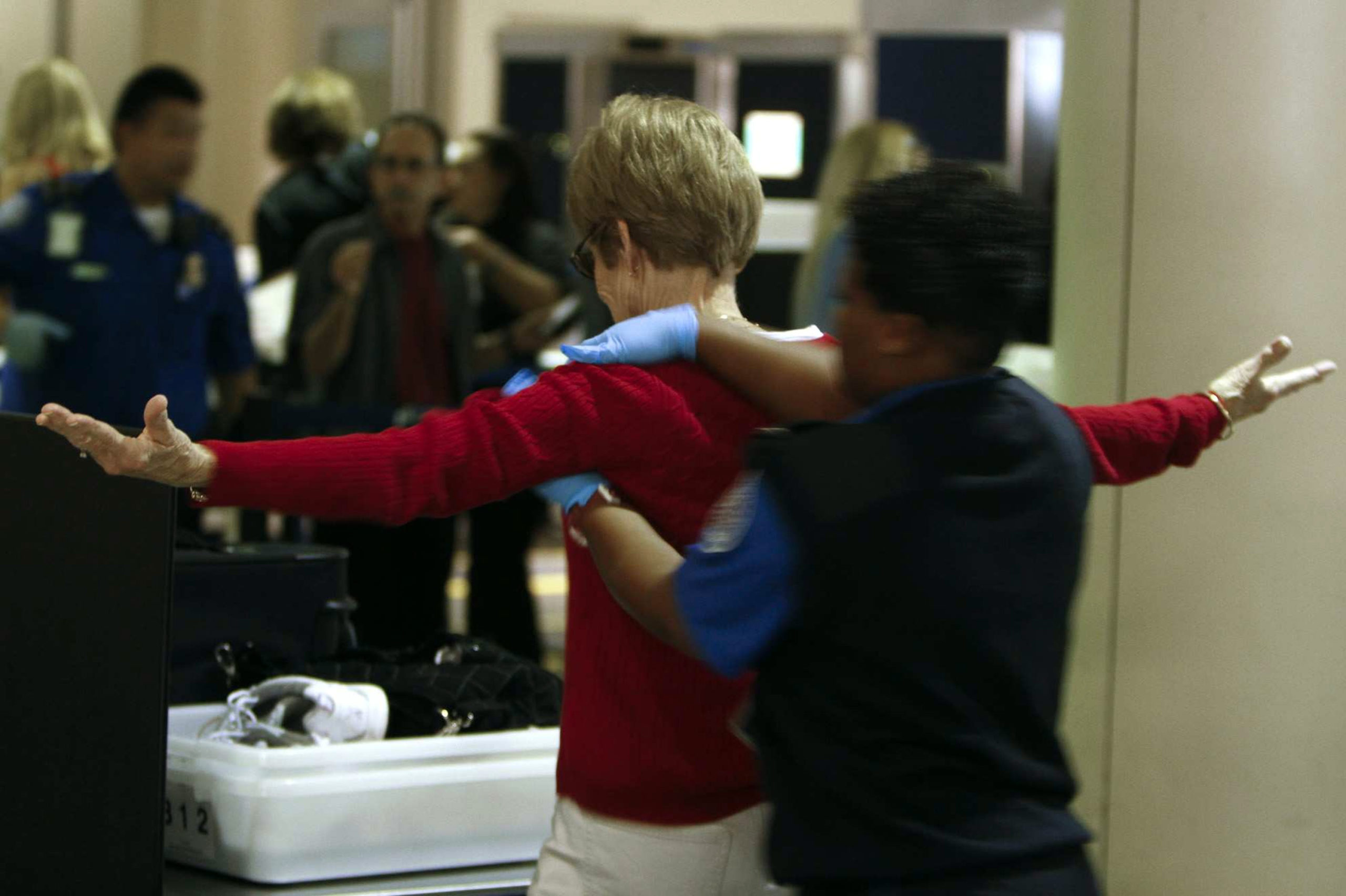 Les chance of this with TSA Pre-Check

If you’re thinking you don’t travel overseas but would love to skip those domestic lines, you can if you have Global Entry. TSA is also planning to expand their TSA Pre Program by the end of the year but aren’t yet taking applications. (So far you have to be invited by your airline to participate — think those who log a lot of miles.) A plus to TSA Pre-check is that kids 12 and under can go through the expedited lanes with you without paying the fee. Already, TSA says 18 million people have experienced TSA Pre-check. Later this year, U.S. citizens will be able to apply first at Washington Dulles and Indianapolis International Airports, then around the country. The cost will be $85 for five years.

As for this week’s holiday travel, the first thing you need to do is allow plenty of extra time. I know it sounds pretty simple but most of us don’t account for the traffic getting to the airport, the extra time it is going to take to park the car and those inevitably long security lines. You’ll be less stressed if you’re not worried about missing your flight.

Another simple thing you can do: Pack food and water bottles. Not only will you have more nutritious eats on the flight but you won’t be worried about getting the kids something to eat before you board. And the water bottles become souvenirs — once the kids slap some stickers on them wherever you’re going.

I hate to say this but if you are flying with younger kids and need seats together, spring for economy plus. In many cases, that seems to be the only way to guarantee seats together, especially on crowded flights. Even if you have seats together, the planes might change, as well as the seat configuration. Check out the new free Expert Flyer’s Seat Alerts app. Once you’ve downloaded the app, you can enter your flight number and desired seat and Seat Alerts will automatically search and notify you when it finds it.

It’s probably too late for this trip, but if you aren’t flying until Christmas, spring for a ticket for the baby. I know they can fly free until they are two, but what you may not realize is that they are far safer restrained in safety seats than on your lap. In cases of turbulence, a baby will fly right out of our arms. Though they are not required, the FAA urges parents to secure children in safety seats.

Of course, you’ve got plenty of electronics to keep the kids engaged but when was the last time you sat next to your 3- or 13-year-old for three hours straight? Sure domestic airlines have begun to allow us to use electronics even on takeoff and landing, but here’s an opportunity to unplug and play with the kids. Bring a favorite holiday story, a deck of cards (what was your favorite card game when you were a kid?) or in the case of toddlers, photos of the relatives they’re going to visit.

The easiest way to de-stress the experience: Make the flight an adventure you are sharing.