Two Parks in one day at Universal 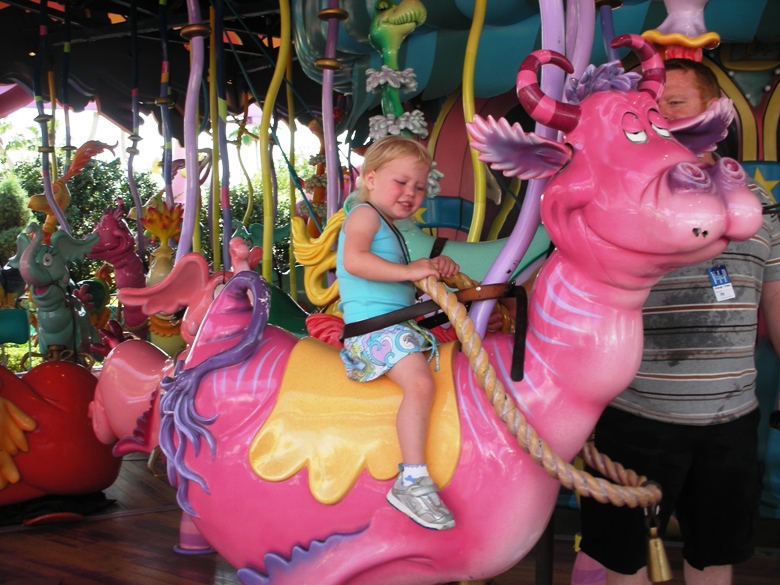 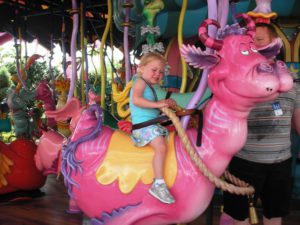 We’ve signed on for a VIP Tour at Universal Studios in Orlando, which means our very informed guide Karyn Shelton (who has almost finished a doctorate in music) cannot only answer all of our questions, but structure our visit around five year old Ethan and three year old Hannah, at the same time making sure their parents can ride all the coasters (and Universal has great ones) that they wish. Did I mention we get to cut the lines? (Check www.universalorlando.com for different tour options.)

The kids, of course, are thrilled by the characters and we see Woody Woodpecker and Curious George almost as soon as we enter the park. Universal used to be known as the place for tweens, teens and coaster fanatics but there now is plenty for little ones — from classics like ET (the little kids don’t even know who he is), to the wonderful Seussland, to Woody Woodpecker’s KIdZone complete with a gentle coaster and a playground for the youngest park goers.
The two parks — Universal Studios Florida and Islands of Adventure — are separated by “CityWalk,” with restaurants (we had lunch at the NASCAR Café – Ethan and his dad are big fans). The parks are close enough to walk between the two. It’s also possible to tour both in one day, as we did.

“My kids like it better than Disney. It’s easier to get around,” said Taraa Goldizen, who was visiting with her husband and four kids.

“Seussland keeps the kids occupied for hours,” and it’s a lot less crowded than Disney,” said Tiffany Hill, who has seasons passes here.

The kids love meeting Spongebob, Shreck and Donkey, among others. We’re impressed with the technology behind the attractions — like on the brand new “The Simpsons Ride” where we go to Krustyland, a theme park created by the show’s cash hungry clown. We soar through Krustyland and Springfield on a ride that I’m told features the world’s first-ever cork screw that’s animated.

I’m amazed that the kids last from 10 a.m. until 6 p.m. in the parks. Because there were so many attractions for them (they especially liked Shreck the 4D adventure), they were patient when their dad wanted to ride some of Universal’s famous Coasters — Dueling Dragons and The Hulk (I opted out of the coasters!) We help save the planet wit Jimmy Neutron and become the stars on a Disaster movie set (they love that their mom is chosen to participate!) Three year old Hannah happily plays on Me Ship the Olive, where she can point water cannons at her parents and brother as they ride Dudley Do-Right’s Rip Saw Falls.

No matter how many rides I’ve done at a Disney Park, I always leave feeling I haven’t done it all. Maybe because the Universal parks are smaller and more compact, you have a sense that you’ve seen it all when you left.