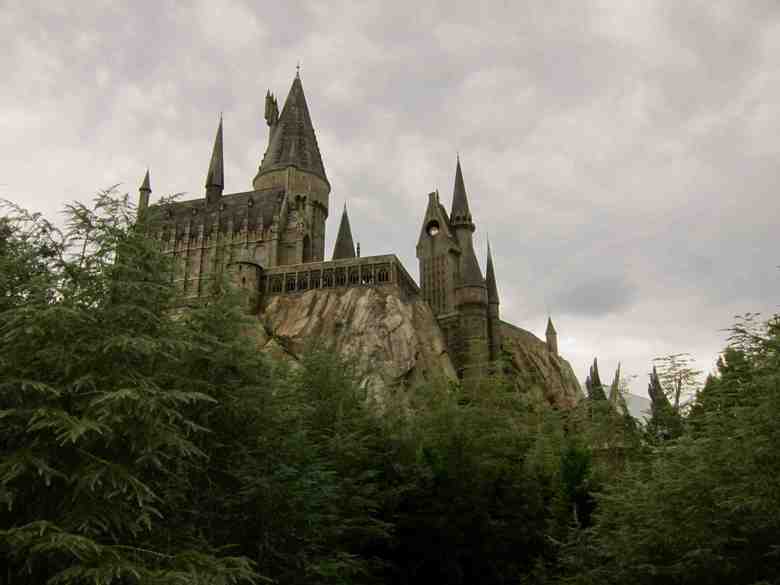 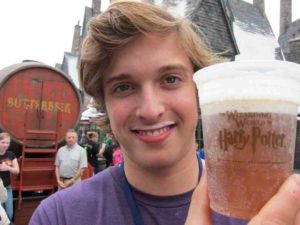 As a person who loves movies, Universal Orlando was a dream vacation. Characters from amazing movies like The Simpsons, E.T., The Mummy, Spiderman and Despicable Me seemed to magically come to life.

Universal has a mix of traditional roller coasters and virtual simulated 4-D rides. The Incredible Hulk Coaster is one of the best rides I’ve ever experienced. In about two seconds it accelerates from zero to forty miles per hour, before going through 7 inversions at a top speed of 67 miles per hour. The Hulk includes a subterranean mist tunnel and goes sideways, for extra thrills. It’s a terrifying coaster and especially exciting for Marvel Comics fans, who get to wait on line in Dr. Bruce Banner’s laboratory. 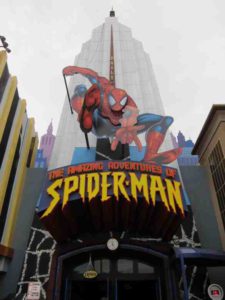 The most exciting part of Universal was The Wizarding World of Harry Potter. Having grown up reading the books and watching each film at the midnight release, being at Hogwarts took my breath away. The kid in me was ecstatic as I walked through the re-creation of Hogsmeade and sipped on Butter Beer. It really felt like the world I had imagined for so many years had come to life. As I kept walking through Hogsmeade, I turned the corner and saw Hogwarts School of Witchcraft and Wizardry in the distance. I could not believe how authentic it looked. The inside of the castle was no different. As I waited on line for the Forbidden Journey ride, I got to see the Headmaster’s office and the Gryffindor common room. The ride itself uses KUKA robotic arms, which twist you upside down and around the Forbidden Forrest, which includes disturbingly large spiders.  The ride mixes life-like props with projected 3D images.  I screamed during much of the ride and held my breath. Walking through Hogwarts, I felt I had gotten to really experience what it was like to be a wizard. The Wizarding World of Harry Potter is a must of anyone who grew up watching and reading the series. 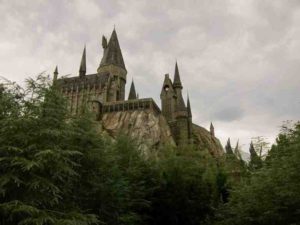 The early November timing of our visit couldn’t have been better because we were able to attend Halloween Horror Nights, a nightmare in the best sense. This annual event features eight Haunted Houses, each based on a scary movie. The set design was incredible and really frightening zombies roamed the grounds.  I babysit and have worked as a camp counselor, and I can honestly say that this is not an event for young children.  But if you are traveling with a teenager, it is perfect.  In fact, I thought the entire Universal experience was great for teens, thanks to Harry Potter, Marvel characters and rides based on popular films.

Universal CityWalk has a 20-screen movie theater.  This allowed me to catch a late night screening after my mom went back to the hotel.  As watching movies is my prime hobby, my amazing day ended perfectly.