Unleashing your family’s inner Olympian at the North American sites 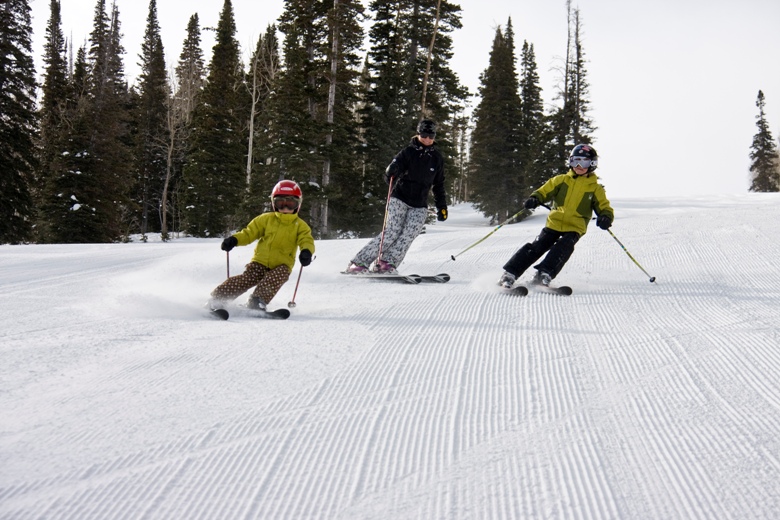 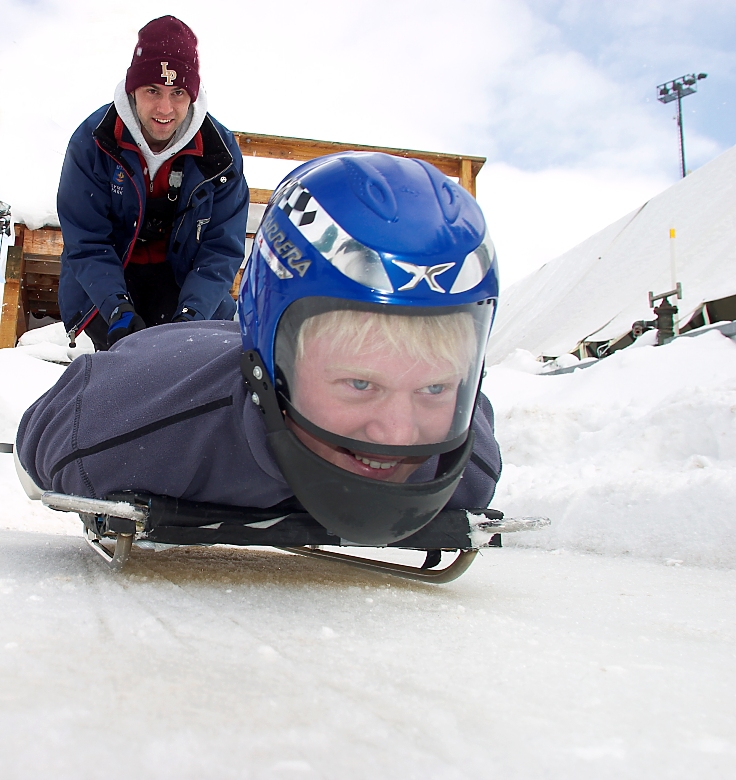 Maybe your gang gets more excited about the jumps and twists snowboarders execute or watching ski racers bomb down the mountain.

This year, do a lot more than just watch the Olympians as the Winter Games get under way in Sochi, Russia on Feb. 6. Tap into the Olympic spirit right here at home. Take the opportunity to try an Olympic winter sport (think racing down an Olympic bobsled track) — or perfect your skill (skiing, snowboarding, skating) — at a place where Olympic athletes proved their mettle in Olympic competition.

In fact, if you head to Park City, Utah, home to the 2002 Winter Games, three major ski resorts will offer you the chance to ski with a former Olympian. At the Canyons Resort, if you sign on for First Tracks on Tuesday or Saturday mornings, former Olympians Holly Flanders or Kaylin Richardson may be among the group. Flanders also hosts special women’s clinics during the ski season. At Deer Valley Mountain Resort as many as eight of you can book former Olympian Heidi Voelker to show you her favorite secret stashes on the mountain (starting at $600 for a half day.) Look for special packages, like the fifth-night-free deal offered at Resorts West properties in Deer Valley and Park City.

There’s always the chance you’ll sit with a pro snow sports athlete on a chairlift. Many of the athletes live here and the U.S. Ski and Snowboarding teams train here year round, less than a 40-minute drive from Salt Lake City.

Take a run down the slopes where Olympians competed. (If you like moguls, try Champion at Deer Valley; Deer Valley’s “Know You Don’t” was the slalom run; Riders should head to the Eagle Superpipe at Park City Mountain Resort where the men’s and women’s snowboard competitions were decided in 2002. The resort’s Kings Crown terrain park — designed for experts, since it has some of the resort’s biggest jumps — is where the Olympics’ first U.S. Freeski Olympic slopestyle team was decided.

Speaking of firsts, this is the first Olympic Games in which women ski jumpers will be allowed to compete for gold. There’s a new exhibit devoted to the U.S. Women’s Ski Jumping Team at the Alf Engen Ski Museum within Utah Olympic Park in Park City. While at the museum, try the new virtual ski-flying experience (sit in a chairlift and feel like you’re flying down over snow-covered mountains).

Utah Olympic Park is also where your teens (as long as they’re 14) can try something they’ve likely never done — driving a Rocket Skeleton headfirst down the Olympic track. Take a Learn-to-Curl class before “Cosmic Curling” (think black light and neon). If you (or the kids) weigh at least 100 pounds, experience the “ride of your life,” as it’s billed, on the comet bobsled ride down the entire length of the Olympic track, reaching speeds up to 80 mph. No worries. The driver is a pro. (For details and prices, visit www.utaholympiclegacy.com.)

Of course, Utah isn’t the only place to ski like an Olympian. Travel to Lake Placid, N.Y., host to the 1932 and 1980 Olympic Games. Last summer, we watched would-be Olympic ski jumpers train by jumping into pools. In winter, you can tube down a 700-foot chute at the Lake Placid Olympic Jumping Complex.

During the games, compete in some of the same winter sports being contested in Sochi with special chances to win prizes at Olympic sites, including bobsled, skeleton, biathlon, hockey, curling and speed and figure skating programs.

Inspired by the Whiteface Lodge’s employees who have trained for the Olympics, the Lake Placid, kid-friendly, all-suite resort is touting an Olympic Experience package that includes two sports massages (after your strenuous outdoor workout, of course — and Olympic Sites Passports that offer discounts to the Lake Placid Olympics venues. After a stay last summer, see what I wrote about how the Whiteface Lodge gets it right for families.

Wherever you stay in Lake Placid (www.lakeplacid.com) there are opportunities for a bobsled or skeleton experience down the Olympic track and the chance to see how you or your teen ranks as a biathlete (for the uninitiated, that’s cross-country skiing and rifle marksmanship). Kids must be 13. Skate on the same rink (just $5 for kids) where speed skater Eric Heiden set Olympic history by winning five gold medals in the 1980 Winter Olympic Games. The gold medal hockey game between the U.S. men’s hockey team and the Soviet Union, dubbed the “Miracle on Ice,” was another 1980 highlight. The U.S., of course, won the gold! (A Winter Olympic Sites Passport can save you more than $40.)

Vancouver, Canada, would love to lure you over the border where you can pose for next year’s holiday card at the downtown Olympic cauldron, first lit for the opening ceremonies on Feb. 12, 2010.

I love cosmopolitan Vancouver for its beauty — between mountains and ocean — its museums (you’ve got to see the beluga whales at the Vancouver Aquarium) and the fabulous Pacific Rim cuisine. You can do all that and take a ride into Olympic history and glory. Watch a Vancouver Canucks hockey game at the Rogers Arena where the men’s and women’s gold medal matches were played. If you’re on a tight budget, go see the Vancouver Giants at the Pacific Coliseum where figure skaters competed.

Ski Cypress Mountain. It is the official Olympic freestyle skiing and snowboarding venue. This is where Shaun White dazzled and won his gold medal. Make sure not to miss the runs that have been named for Canadian medalists, including Alexandre Bilodeau’s gold black mogul run and Maelle Ricker’s gold blue intermediate slope.

One thing’s for sure, once the kids start watching the Olympics, they’re going to beg you to get out and try some Olympic-style fun in the snow.

Ready to lead the way?

(For more places for fun in the snow, check out the Taking the Kids Guide to Fun in the Snow .