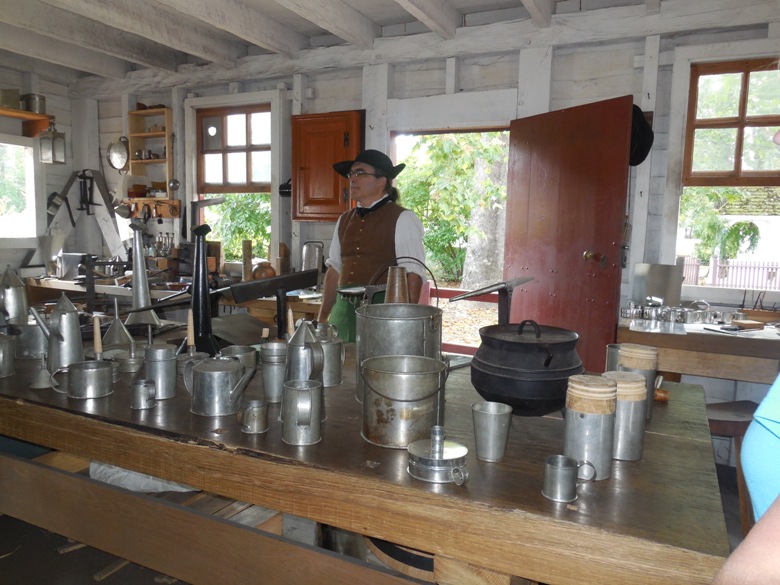 A tinsmith explains his craft in Colonial Williamsburg

Do you believe in “The World Unseen”? In ghosts?

Maybe this time of year; maybe because we’re in a small room lit by candlelight and the question is being posed by a seemingly possessed young woman named Sarah Pelham, who lived in 18th-century Williamsburg and is convinced she’s come face to face with horrible “agents of evil.”

“Demons lurk in corners … any dark, sharp angular corner … they are just waiting for the opportunity to enter our world and do grievous harm!” she warns. No, Pelham’s not a ghost, though she did live more than 200 years ago. She’s just helping us to time travel as she tells her tale to the rapt audience at Colonial Williamsburg during what is one of the most popular tours here all year ’round, not just at Halloween.

“Really good!” declares Jenna Denton, 13, here with her dad from North Carolina. Anyone who has ever traveled with a teen knows how difficult they can be to please. Colonial Williamsburg, Jenna added, “Is very informative but in a fun way.”

That’s the idea, of course, here in the Historic Triangle — home not only to this recreated 18th-century city but also to the living-history museums Jamestown Settlement and Yorktown Victory Center, which all use interactive activities, 21st-century technology and costumed interpreters (including kids who volunteer) to engage visitors with activities like pounding corn at the Powahatan Indian Village at Jamestown Settlement, trying on armor at the Jamestown fort, or joining an artillery crew at Yorktown Victory Center’s recreated continental encampment. At the recreated 1780s farm, kids learn that their 18th-century counterparts “had to do so many chores they didn’t have much time to play,” said Julianne Simmons, 10. 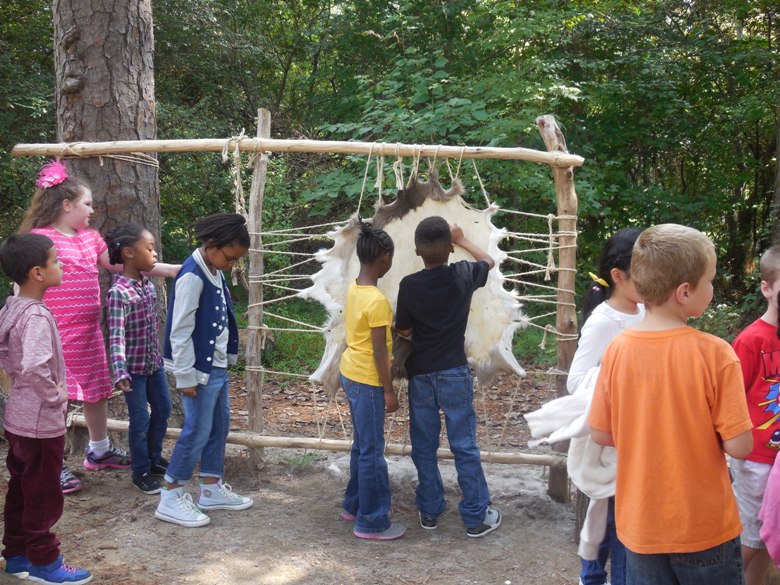 “You look around, you’ll see actual kids showing you the many ways that kids had fun in the 18th century, and as you experience their daily lives, you share a connection with the kids who would have been your best friends had you lived then. It’s like learning about a new friend’s favorite customs and getting to try them yourself,” suggested Margaret Perry, 16, one of the junior interpreters at Colonial Williamsburg.

“It doesn’t feel like history because you are living in the moment, as if you are really living in the 18th century,” said Tess Gibson, 16, also a junior interpreter.

At Colonial Williamsburg, kids might follow the fifes and drums as they march down Duke of Gloucester Street, rent a colonial costume to wear while they are exploring the Revolutionary City, carry water from a well or play the very popular game RevQuest through which you must work covertly in the streets encountering secret agents and discovering mysterious documents while pursuing a series of clues and sending and receiving secret messages via text. “You couldn’t predict what would happen,” Jenna said. “I really felt like I accomplished something when I finished.” Kids also like the online Kids Zone that offers more games and activities.

“This is more fun than learning history out of books,” said Noah Simmons, 11, here with his family from the Midwest. “You walk around right in the middle of it all.”

He especially liked his meal at one of Colonial Williamsburg’s historic taverns, complete with musicians playing and candle-lit lanterns. He didn’t opt to try an 18th-century dish, he said. “I had a cheeseburger!”

Even the hotels make history fun, whether you opt for a bona-fide colonial house at Colonial Williamsburg or the Kingsmill Resort, adjacent to Busch Gardens (free shuttles to Howl-O-Scream!) where we stayed and where you can spread out with kitchens, washer-dryers and you can choose from golf to tennis to jet skis on the James River to another ghost tour. The expansive grounds were once a plantation.

Historic Jamestowne is the site of America’s first permanent English settlement — and the place to see a live archaeological dig and museum. The Jamestown Settlement nearby has outdoor re-creations of the three ships that sailed to Virginia in 1607, the colonial fort and a Powhatan Indian Village.

Laura Ann James, 8, here from Alabama, was ready to move right into the Powhatan Village. “Life was so simple then,” she explained. Julianne Simmons learned just how young Pocahontas was when she saved John Smith — no older than 12. “My age!’ she said.

Visit Yorktown Battlefield, site of the last major battle of the American Revolution and Yorktown Victory Center, which chronicles that era through a living-history Continental Army camp and farm. Come for Thanksgiving and learn about how food was prepared by the Powhatan Indians and first settlers; See what soldiers ate — and how food got from farm to table in those days. 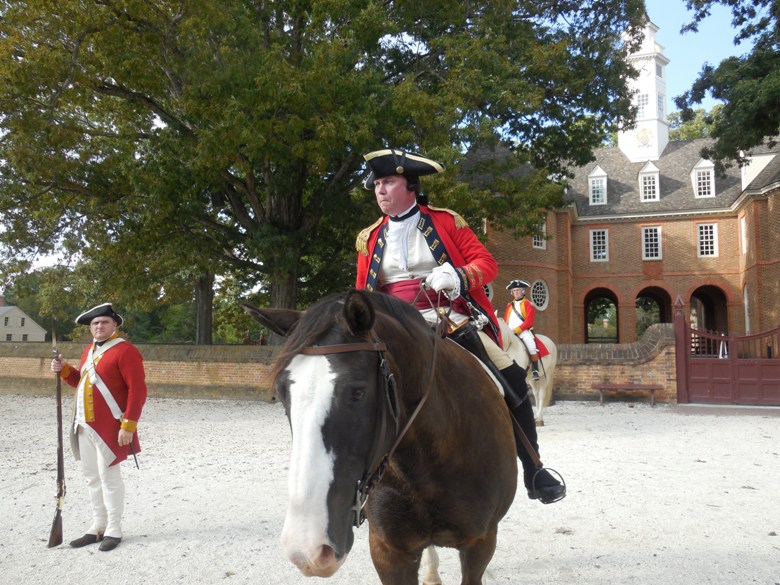 In the afternoon at Colonial Williamsburg, kids and adults gather for street theater at its best. Costumed Williamsburg “locals” accuse a shopkeeper of “hoarding” salt when they are going without, Redcoat Benedict Arnold tries to convince townspeople that the Continental Army is finished and slaves argue whether they could trust Britain’s offer to set them free, if they follow the troops.

Did you know that in 1775 more than half of Williamsburg’s population was of African descent, most of them slaves? This is a great place to hear their stories. Like the story of Kate and Eve, who perform during the “Revolutionary City” experience, their friendship frayed because of their differing views on seeking freedom by fighting for the British.

“Even if it is a little over the kids’ head, said Casey Simmons, whose kids are 8, 10 and 11, “I hope it will get them excited about learning history.”

She doesn’t need to worry. “Now I get to see what was in my books at school,” said Julianne. “I like it all!”