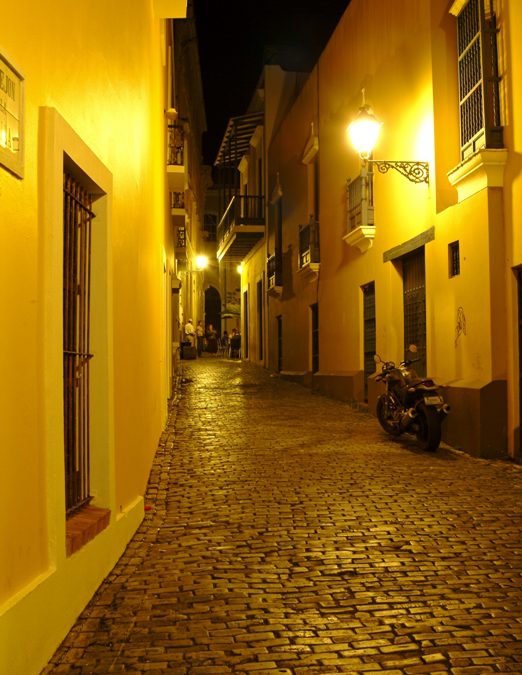 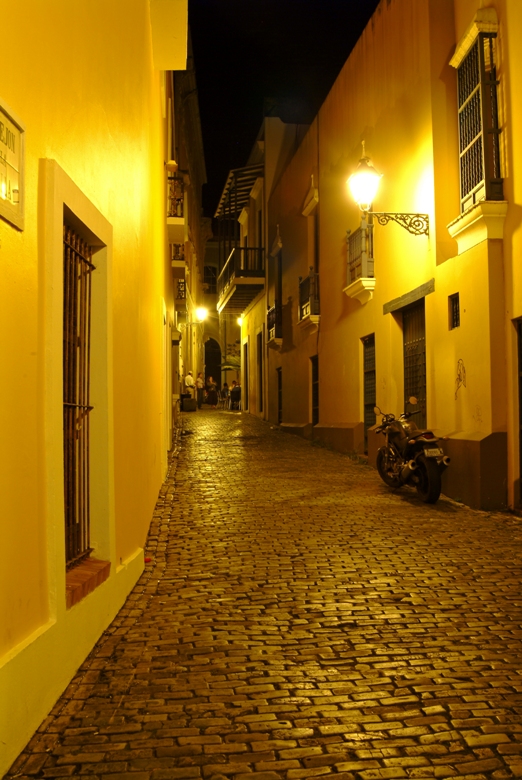 DAY 4 — The young Spanish noblewoman was widowed in San Juan when her soldier husband was killed fighting the Dutch.

At the time in the mid 1600s, there was no convent here so Dona Ana de Lansos y Menendez de Valdez, who had no children but significant resources, donated her home– she lived across the street from the Cathedral– her land and sold all of her possessions to build one .

The Carmelite Convent was inaugurated in 1651 and Dona Ana was the first to enter—along with her sister and four protégés—and became the mother superior. The nuns lived very simply, sleeping on straw mattresses in tiny cells and The first Carmelite Convent of the Americas housed nuns for 252 years   until 1903 when the Archbishop decided more repairs would cost too much.

Today that convent is  El Convento (www.elconvento.com) a beautiful 58-room hotel in the heart of the historical area of Old San Juan—ideal if you want to explore Old San Juan or are looking for a different kind of Puerto Rico experience , perhaps before a cruise leaving from the nearby port.

The property first became a hotel in 1962 after an heir to the Woolworth fortune bought the decrepit building (it had been a flophouse at one point)  it and opened the hotel, spurring the development of Old Swan Juan as a tourism center.

After extensive renovations, the hotel is now a member of the Historic Hotels of America. If you visit, check out the Salon with artwork created by noted Puerto Rican artist Antonio Martorell to honor the nuns who lived and prayed here centuries ago.

I try to picture them in the courtyard where we have lunch and a 300-year-0old tree still provides shade.

There is so much history here in Old San Juan.  We’re across the street from the historic Cathedra (dating to the 16th Century and the Western Hemisphere’s oldest), children’s museum and adjacent to the Plaza of the Nuns, the city’s second oldest park,  as well as numerous restaurants  and galleries.

We stroll over to “El Moro” fort where lots of families are outside flying kites, playing ball, picnicking. Spain built the fort over 250 years ago because Puerto Rico was the first major island with water, shelter and supplies that the ships came to en route to the Americas. The deep bay which attracts cruise ships and tourists today was easy to defend.

Spain controlled Puerto Rico from 1508 to 1898. Today of course, Puerto Rico is a United States Territory and the Fort is a National Historic Site. It is massive— a six-level fortress that protected Spain’s access to the New world for more than 300 years. , El Morro endures as a masterpiece of military engineering.

I’m glad we took the time from the beach to visit Old San Juan with its cobblestoned streets, brightly colored houses, ancient city walls and of course the fort.  (Visit www.prtourism.com).

A little history, a little spa, pool and beach time and good eats with old friends makes for a successful weekend.

The only bad part: I go home without having seen/done half of what I wanted to. Guess I’ll have to come back.