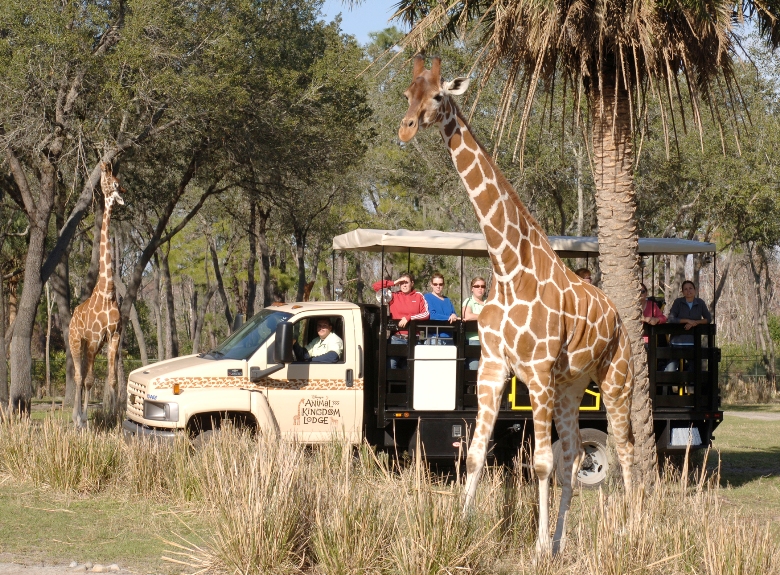 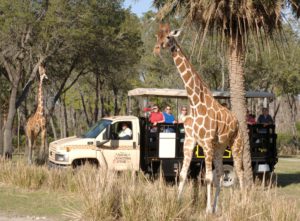 I wish everyone could have Charlie Hall along on their first trip to Walt Disney World.

He’s not only a human park map and knows the most arcane details of every attraction, but, best of all, he has a magic FASTPASS that allows instant entry to every attraction — even when all the FASTPASSES (which give you a time to return to the ride without waiting) are gone for the day. He’ll procure hard-to-get meal reservations and can even guarantee that you hit every major attraction at the four sprawling parks (DisneyWorld stretches over more than 47 square miles) in one day — from Soarin’ and Test Track at Epcot to Toy Story Mania at Hollywood Studios to Expedition Everest and the Kali River Rapids at Animal Kingdom and Space Mountain and Splash Mountain at Magic Kingdom. He’ll position you in exactly the right spot for the parades and he’ll keep the kids entertained along the way, as they hunt for hidden Mickeys.

No waiting for buses, navigating crowded parking lots or walking more than you or your kids can take. Hall whisks you around Walt Disney World in a private car that he parks exactly where you want to be. “We are here to make your visit as efficient as possible,” the affable Hall says. “We do in a matter of hours what it takes some people a week.”

Nice, right? And very much a word-of-mouth business, Hall suggests. Such VIP tour services don’t come cheap, of course, prices range from $175 to $315 an hour, depending on the season and the cost of your admission tickets. You’ve got to book a minimum of six hours too.

But if you’ve got the bucks, this and other VIP options at theme parks certainly can de-stress the experience, especially when parks are crowded in summer.

Take Universal Orlando’s VIP Tours ($2,000 for a private one-day, one park all day tour plus park admission that could include a dozen of your favorite people). Our Universal VIP guide whisked us right into the Wizarding World of Harry Potter attractions where the waits for Harry Potter and the Forbidden Journey were 90 minutes long and people were on line for a half-hour just to get into Ollivanders wand shop.

You can also sign on for a tour along with other families for $150 per person that also gets you backstage access, free parking, discounts and unlimited front-of-the line Universal Express access after the tour. The downside: You might not hit all of the attractions you want (email VIPTours@universalorlando.com).

LEGO lovers who don’t want to wait can buy The Hero Pass at LEGOLAND Florida for front-of-the-line access on all of the rides and premium seats at the shows throughout the day. The pass must be purchased from the park on the day of your visit.

But being treated like a VIP doesn’t always have to mean busting the budget. (Check www.visitorlando.com for more affordable options.) For example, stay at one of Universal’s three Loews resorts, and your room key guarantees you front-of-the-line access at most attractions. You can also buy a Universal Express Plus ticket (cost varies depending on season. Check www.universalorlando.com for details) for that same privilege.

At Walt Disney World, we joined a two-hour Family Magic scavenger hunt designed for kids 4 to 10 that took us through the Magic Kingdom in a new way — our goal was to save the Magic Kingdom from the dastardly plans of a Disney villain. It cost just $35 a person.

“This is totally different than what we’ve done before,” said an enthusiastic Joe Falton, who has been coming here since he was eight and was visiting from Jacksonville, Fla., with his wife and two young sons. The family hunted for “clues” through the park with an enthusiastic leader. The kids were engaged; so were the parents. “And it’s something we can all do together,” another of the moms said happily.

We all want experiences like these — especially at huge theme parks — that make us and our kids feel special. That’s why so many little girls line up to be transformed into princesses at Disney’s Bibbidi Bobbidi Boutiques. (Prices start at $49.95. Savvy princesses bring their own gowns and princess shoes from home.) Boys get transformed into pirates for $29.95 .

Animal lovers can join the Elephant Keeper Experience ($199 for up to six guests) for 90 minutes at Busch Gardens Tampa, where you can also go behind the scenes for an interaction with tigers and orangutans (again $199 for a group of six) and help the zoo staff prepare their food and perform routine health exams.

If you can’t afford a safari but dream of one, you’ll think the Wild Africa Trek at Disney’s Animal Kingdom is a bargain at under $200 a person. (Kids must be at least eight. Call (407) WDW-TOUR or (407) 939-8687 to find out about saving $50 per person on summer afternoon tours.) I’ve been to Africa and thought this was as authentic as you are going to get without being there — hiking over the savanna, crossing a rickety rope bridge above crocodiles and having lunch at a remote safari camp staring at hippos and giraffes. Did I mention you get a CD of photographs of your adventure too?

Maybe you can encourage a future marine biologist by signing your teen up to become a trainer for a day at SeaWorld Orlando ($399 for those over 12) where there are also a variety of other far less expensive immersive animal connection experiences.

Ready to kiss a Beluga or pet a penguin?

Remember, it’s about the memories — and the pictures, of course.