Visiting Universal Orlando as it celebrates its 25th year 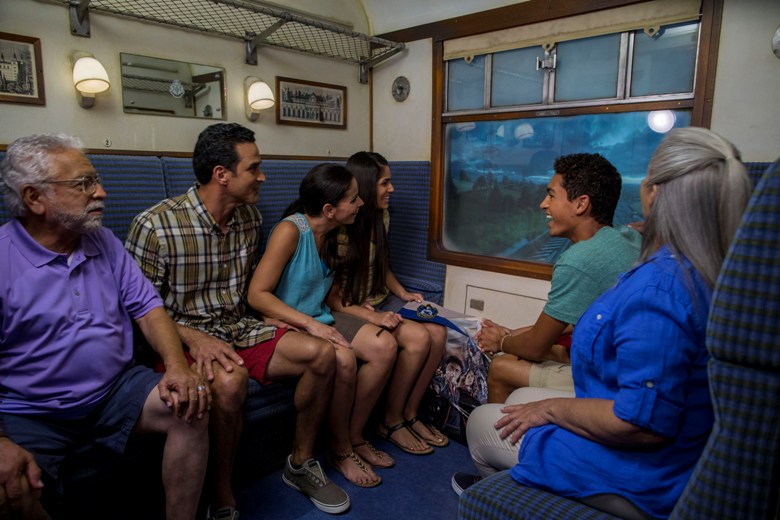 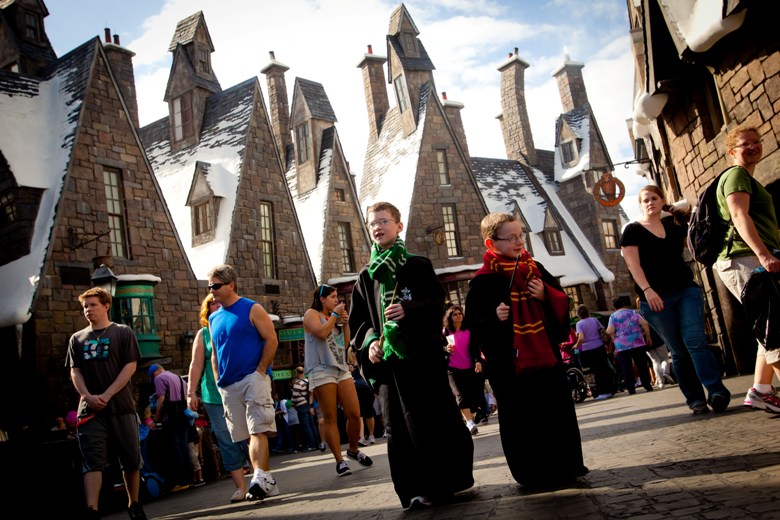 Gavrie Watkins is in vacation heaven.

A huge Harry Potter fan, the 11-year-old joyfully traversed the cobblestone paths of Diagon Alley, Universal Studios’ year-old addition to its “Wizarding World of Harry Potter” experience. Diagon Alley now is connected via the Hogwarts Express to Hogsmeade, which is located next door at Universal’s Islands of Adventure.

But unlike many who come to Orlando, the Watkins, who are from Clarksville, Tenn., spent all of their time at Universal Orlando Resort. “We’ve done Disney,” said Gavrie’s mom, Amy.

Other Harry Potter fans, like Wendy Wilson and her son Evan, 7, were back for the second time in as many years because last year, she explained, “We couldn’t get on a lot of the rides. It was so crowded.”

Certainly it’s still crowded and hot (be prepared for both, if you are planning a summer trip and check out the Taking the Kids BestSummer section for more ideas!), but Wilson said it was worth the second foray. The shop windows are full of surprises, like the self-knitting needles. There’s the towering dragon that breathes fire, the Escape from Gringotts ride through the Gringotts vaults and the chance to chat up the Knight Bus conductor and the shrunken head hanging from the rearview mirror — the Knight Bus, provides emergency transport for the stranded witch or wizard. Stop at the extremely popular Florean Fortescue’s Ice Cream Parlour, which offers flavors like Butterbeere and Lavender.

Then pass through the brick wall at King’s Cross Station to arrive at Platform 9-3/4 and board the Hogwarts Express, encountering magical creatures as you travel to Hogsmeade. (As long as you have admission tickets to both parks, of course. Check out the discounted deals from Undercover Tourist that give you two-day park-to-park tickets, plus an extra free day, a $36 savings.)

“It leaves me breathless,” the Massachusetts mom said, adding she and her son weren’t going to visit any other parks either.

As Universal celebrates its 25th anniversary with a special concert series this month, it has clearly come into its own as a full-scale destination resort rather than an add-on to a trip to Disney World. I met more visitors than at any previous time who are content to spend all of their time here. Besides Harry Potter, which draws fans from around the world, and all of the other attractions at both parks, there are now four on-site hotels to choose from, including the recently opened (and affordable) Cabana Bay with family suites, a bowling alley and elaborate theming to evoke a ’50s beachfront motel. Evan Wilson is a particular fan of Cabana Bay’s water slide and lazy river. His mom appreciates the rate. “The best hotel we’ve stayed at — and a great price,” Wendy Wilson said.

(Loews Summer Like a Local campaign offers special deals, breakfast for two, and early admission to the parks. Ask which hotels also offer front-of-the-line access to most attractions with a stay.)

Universal CityWalk, which connects the two parks with restaurants, clubs and shops, now has more than 20 dining options for guests, including the new and very popular Cowfish offering combination sushi and burger Bento boxes and special Burgushi Rolls (lobster and cucumbers topped with seared filet mignon). I was a fan of the kids’ Bento Box of PB and J sushi. You can see the Blue Man Group, head to a club, a movie, or shop till you drop — a new skateboard perhaps — without ever leaving the resort.

And let’s not forget the other attractions. Plunge into darkness as you face fireballs, scarab beetles and an army of warrior mummies at Revenge of the Mummy. Walk the hometown streets of America’s favorite animated family, The Simpsons, and experience The Simpsons Ride. (Parents can stop for a Duff Beer. Kids said their favorite treat was a giant donut from Lard Lad!)

And while Universal Orlando is known for its Incredible Hulk, Dragon Challenge and Doctor Doom’s Fearfall thrill rides, (one of which has kept me from rollercoasters since), there is plenty for young park goers. Join Shrek, Donkey and Princess Fiona on a “4-D” adventure; visit Seuss Landing in Islands of Adventure for the Cat in the Hat ride; hop aboard your bike and help E.T. save his dying planet or climb aboard Popeye’s interactive Me Ship, the Olive.

But first, is it time to cast a spell?

Of course it’s all in how you point your special interactive ($44.95) wand at areas marked by gold medallions at Diagon Alley. Do it right (and there are obliging costumed Wizard helpers) and you might make a skeleton follow your movements, a frog squirt water or make window displays light up. There are 16 opportunities to cast your spell, once you’ve purchased your wand (you have more than a dozen to choose from) at Ollivanders, Makers of Fine Wands since 382 BC.

All over Diagon Alley visitors, young and old, giggled as they pointed their wands and waited to see what would happen. Roberta Smith, here with her grandkids from Massachusetts, admits that she’s the biggest Harry Potter fan in the family, adding that here they all have plenty to keep them amused.

“We’re having a lot of fun,” said Kim Christensen, whose nearly 4-year-old daughter Lorelai was thrilled to see what her wand could do.

“She was so excited to come and ‘do magic,’” her mom said.

Whatever your age, that’s what a theme park should offer, right?

(If you are heading to Orlando, check out Eileen’s Kid’s Guide to Orlando, one of a series of Kids City Guides available from major booksellers and online.)