Visiting Wine Country In Sonoma County With The Kids 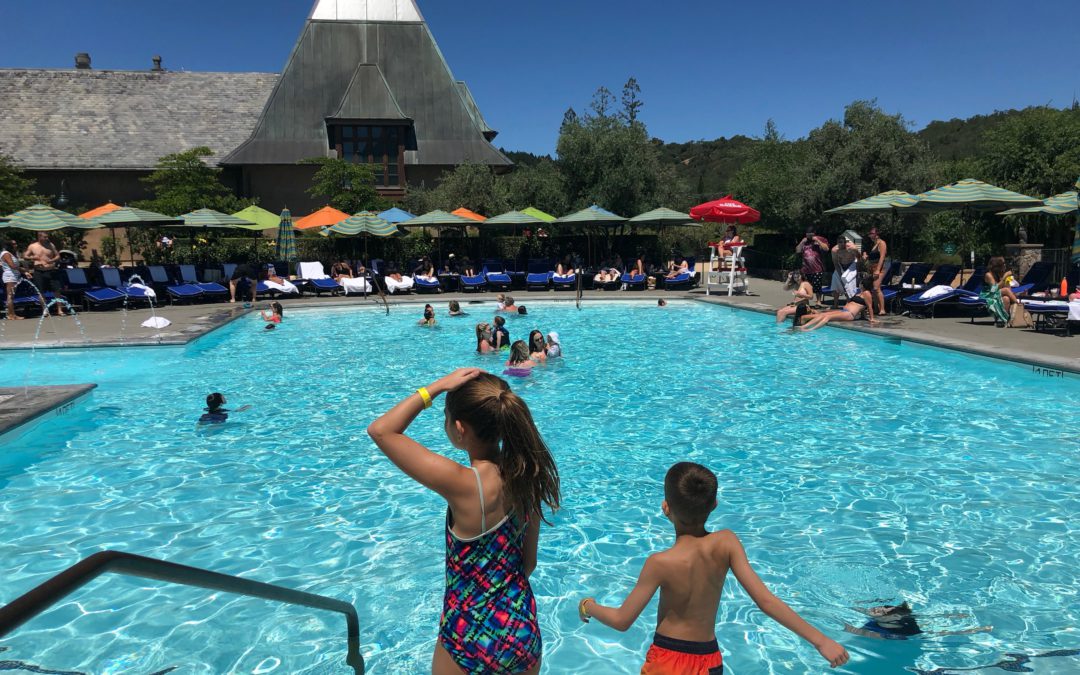 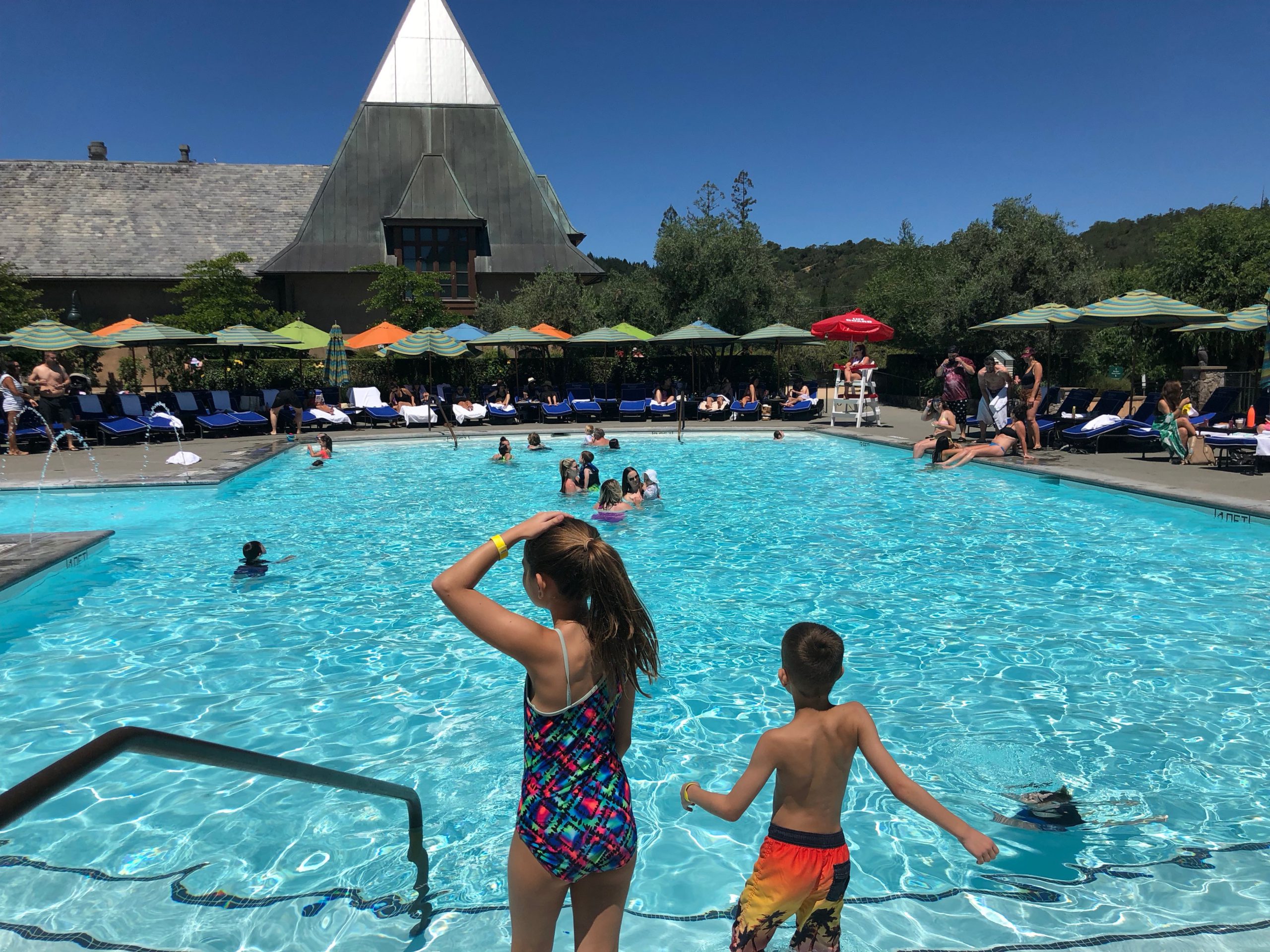 The etiquette and rule of thumb when visiting wineries, breweries, or any establishment that serves alcohol is to leave the kids at home. Of course, the exception to that rule is if you happen to be somewhere in the Cotswolds in England, where pub life is family life. Luckily, on the West Coast and particularly in Sonoma County, California, that mentality is changing.

Just ask Hollywood and Award-winning film director, Francis Ford Coppola. The legendary film director owns a winery in Sonoma County and has made it his mission to make his estate as family-friendly as possible. Even though he was the visionary behind such classic films as Apocalypse Now and The Godfather, Mr. Coppola wanted to establish a place where parents can enjoy a glass of wine and kids felt comfortable. 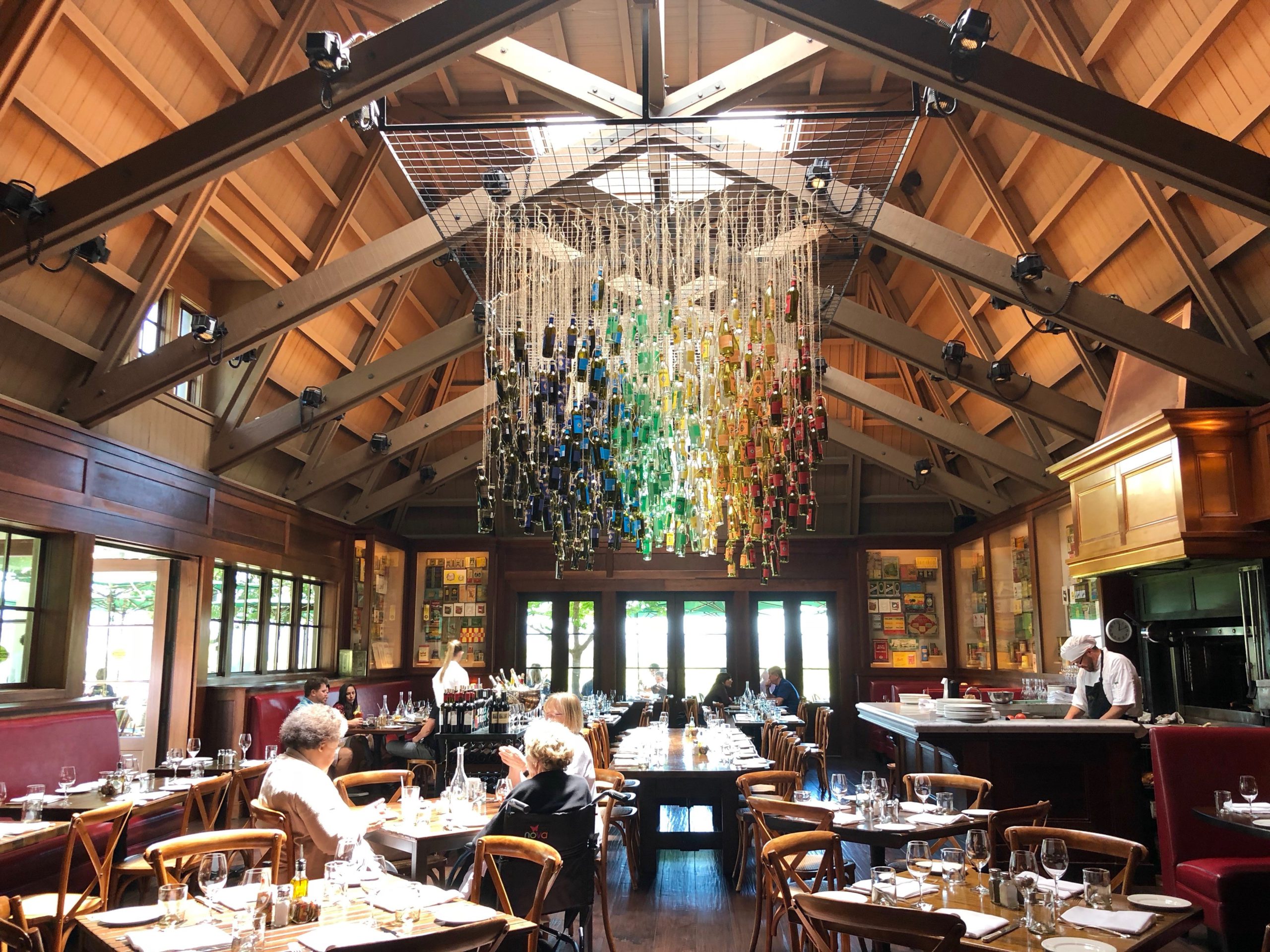 The exquisite dining room at The Francis Ford Coppola winery

He once said, “I’ve often felt that modern life tends to separate all the ages too much. In the old days, the children lived with the parents and the grandparents, and the family unit each gave one another something very valuable. So when we began to develop the idea for this winery, we thought it should be like a resort, basically a wine wonderland, a park of pleasure where people of all ages can enjoy the best things in life – food, wine, music, dancing, games, swimming and performances of all types. A place to celebrate the love of life.”

As a result, Mr. Coppola made his winery the ultimate getaway or staycation for families from both far and near. Set atop of the Alexander Valley, the Francis Ford Coppola Winery has everything from a pool, cabins, bocce, a lending library family fun night, and you guessed it, poolside pizza. In addition, visitors can also gawk at the original desk that was used by actor Marlon Brando in The Godfather movies along with a huge collection of movie memorabilia that celebrate the director’s vast career. 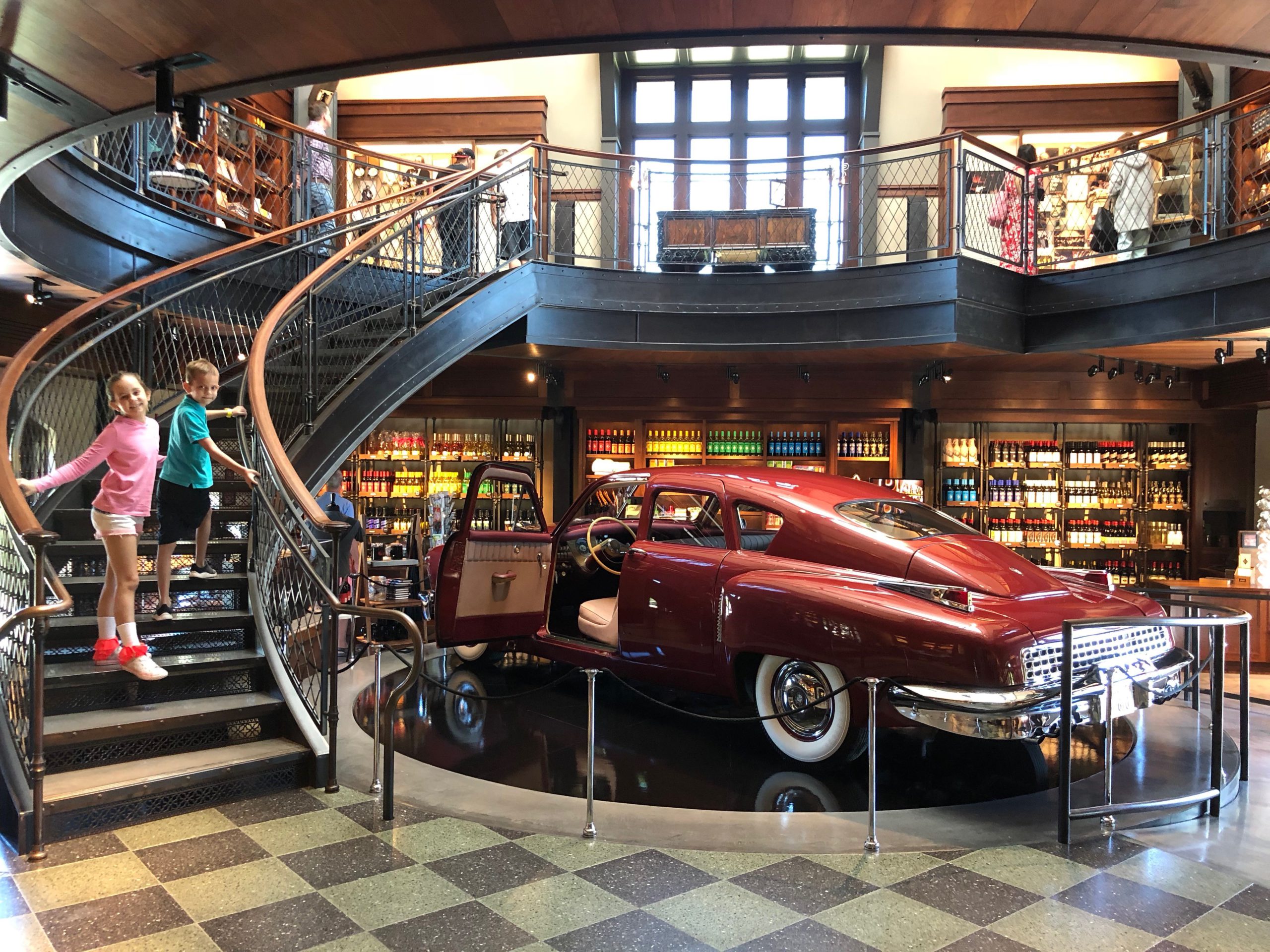 The Francis Ford Coppola Winery and Estate isn’t the only one that has opened its doors to children in recent years. Nearby, the award-winning Kendall-Jackson Winery is also another place where mom and dad can enjoy an afternoon of wine tasting and food pairing while the kids can play outdoors, check out the chicken coop in the backyard or better yet, get a one-of-a-kind behind the scenes winery tour. The property was named the American Winery of the Year Award for 2018 and for good reason, too. There’s a demonstration garden, with every variety of wine grapes you can imagine, lush gardens, a farm, and a beautiful banquet hall that will take your breath away. 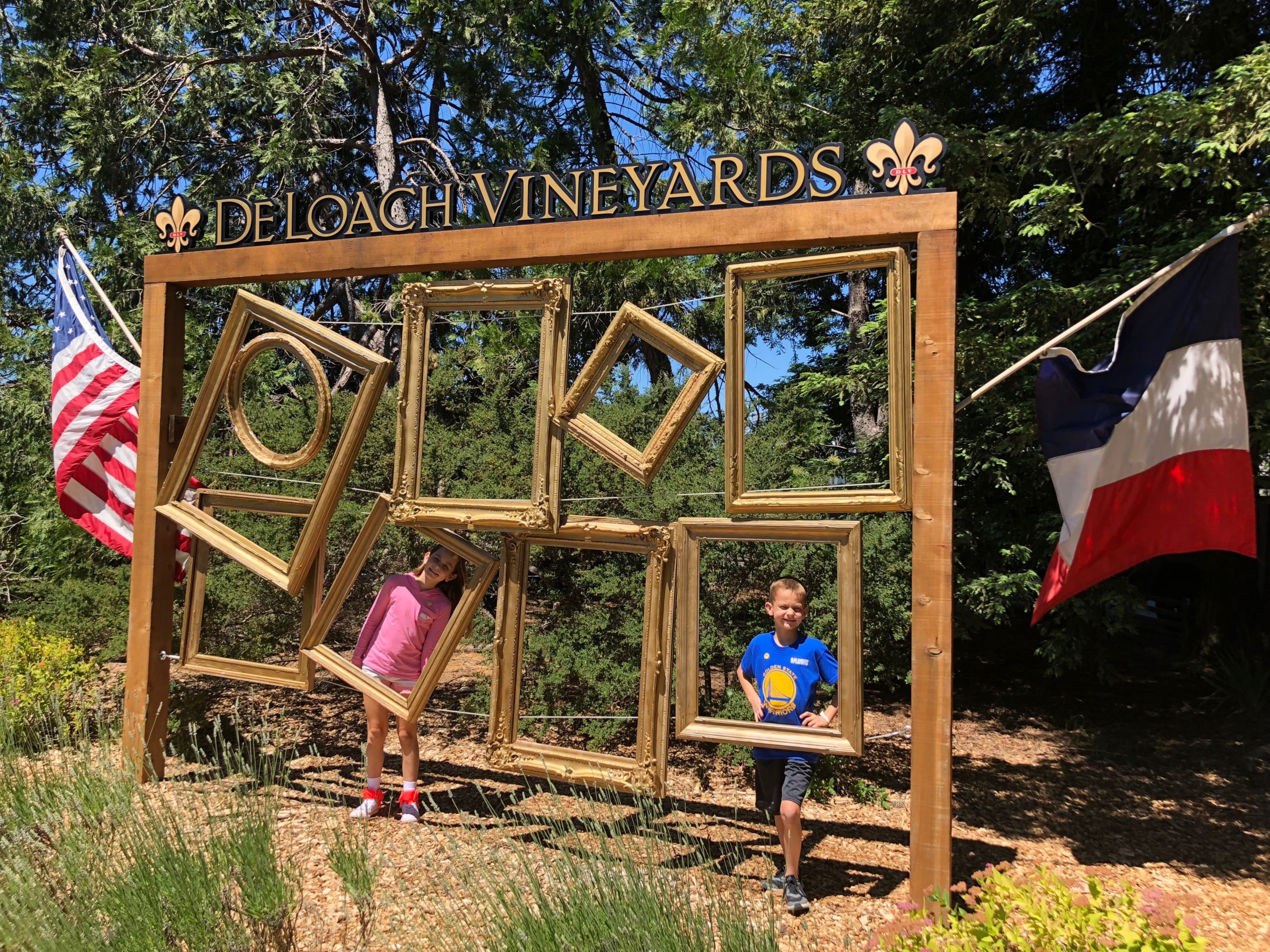 Paying a visit to the DeLoach vineyard winery

The DeLoach Winery, meanwhile, is yet another hidden gem near the Russian River Valley that welcomes family with small children. This might also be the one place that kids can learn about the organic wine making process and how local wineries are using cutting edge water conservation. Ask for a cellar tour along with a guided tour of the vineyards, sample rooms, and winemaking areas. The kids will be thrilled to get such a hands-on experience while mom and dad enjoy wine in an aesthetically pleasing atmosphere, with attractive bar areas, garden, and flowers everywhere. And mind you, the kids might even learn a word or two in French, too. Oui to vin!