Visting San Francisco with my grown up daughter 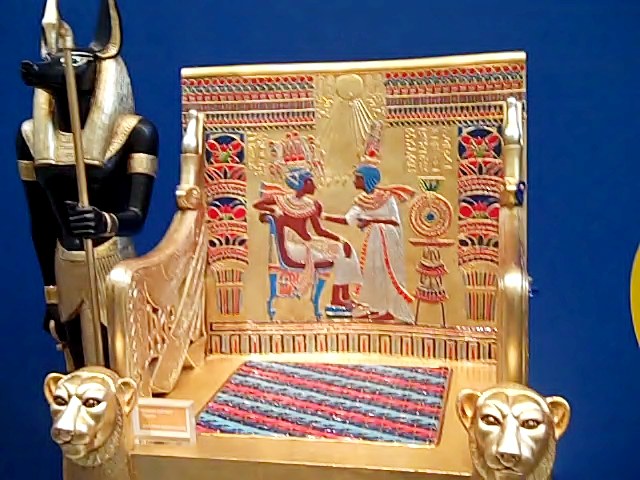 DAY One — The Hotel San Francisco atop Nob Hill was getting ready for its grand opening when the city suffered its devastating earthquake April 18, 1906. The hotel survived and a year later, opened, celebrating the city’s renewal. The hotel has hosted celebrities and presidents. Tony Bennett first sang “I Left My Heart in San Francisco “here. 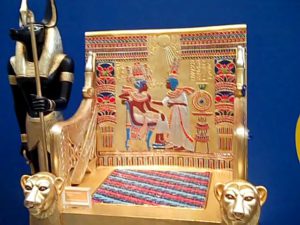 Today The Fairmont Hotel San Francisco welcomes families and business people to its ornate lobby with its gilded ceilings and murals. We felt privileged to spend a couple of nights here and to eat dinner at Tonga, the hotel’s newly reopened Asian restaurant, where musicians perform from a boat and water in the middle of the restaurant.

Watch brief video HERE First thing in the morning, we have an appointment to meet The Boy King. Along with daughter Reggie, who lives in San Francisco, we walk through Golden Gate Park to the de Young Museum where 30 years since the Treasures of Tutankhamen set attendance records, the exhibit — on display here till next March — is again wowing audiences. http://www.deyoungmuseum.org

The de Young also features American 20th century American and Contemporary art. Another highlight is the de Young Tower which affordsus an amazing 360-degree view of the West End of the city, including the Golden Gate Bridge!

Tutankhamen, for the uninitiated, was one of the last kings of Egypt’s 18th Dynasty and ruled during a tumultuous period, coming to the throne when he was just nine. “It’s hard to believe being king when you are in fourth grade,” offered Cameron Kelaita, 11, from a San Francisco suburb and visiting with a couple of friends on a day off from school.

“It would be too much pressure,” added 12-year-old Robert Eppley, who also lives in suburban San Francisco.

Tut’s tomb in the Valley of the Kings in Egypt was filled with amazing gold treasures and was discovered in 1922 by British archeologist Howard Carter. It remains the only intact tomb founded to date in that area.

The exhibit — with 180 artifacts, including fifty objects from Tut’s tomb — are featured and kids as well as parents seemed mesmerized. “I like that everything is so old,” said Cameron Kelaita. His mom Lisa adding that the exhibit — which takes about 90 minutes to explore — seemed just about the right size to keep kids interested. “About as much as they can stand,” she laughed.

Aidan Rossiter said his teacher promised extra credit for visiting because they are studying ancient history. But he was glad he came, even if the teacher hadn’t extended the offer. “It’s good to see it in real life, not just in pictures,” he explained.

Wander through the galleries gawking at 130 artifacts — a larger more comprehensive exhibit that includes content of Egypt’s 18th dynasty and the tombs of other pharaohs including Akhenaton, who might have been Tut’s father.

There were two tiny fetal coffins that held the remains of two female fetuses thought to have been King Tut’s stillborn children. (The remains are currently undergoing DNA testing) There was a gold bracelet that was clearly worn and now experts believe Tut wore it as a child. The golden diadem was still around Tut’s head when Howard Carter opened the coffin more than 3,000 years after the king died at age 19.

“It’s really cool that everything is so old,” said Alex Thomas, 12. Kids loved some of the everyday items buried with the young king — like the four tiny game boards and the jars with various creams (sun screen maybe?), as well as all of the gold carvings, jewelry and statues. It’s also fascinating to see the black and white photographs documenting the opening of Tut’s tomb.

“Very fun, not boring at all!” said Alex.

I thought so too.