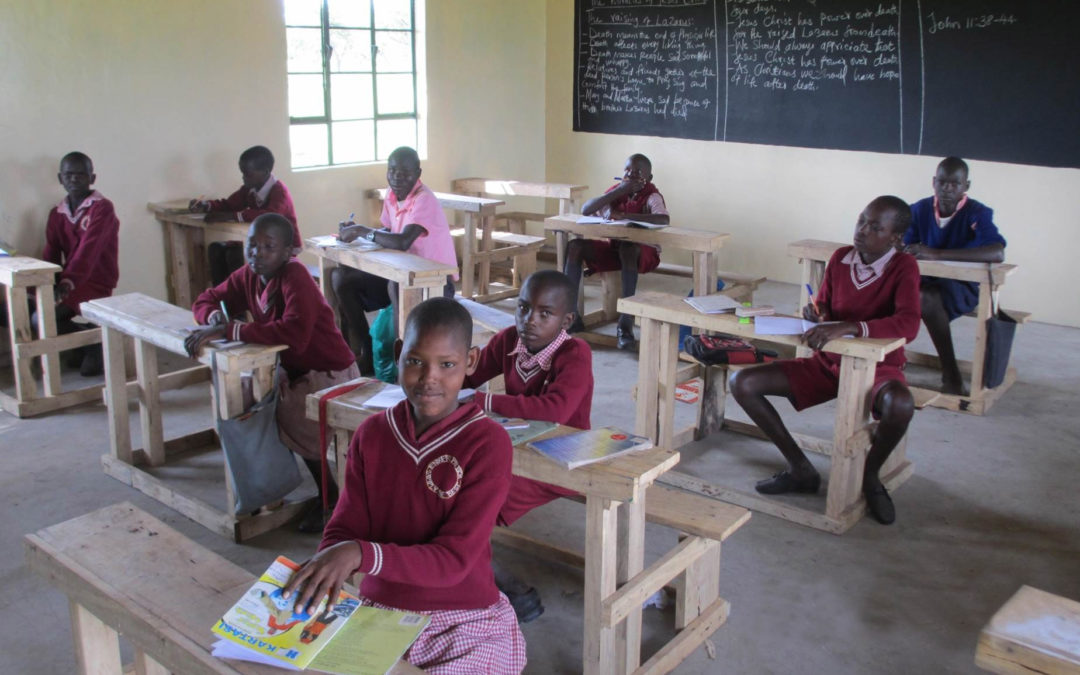 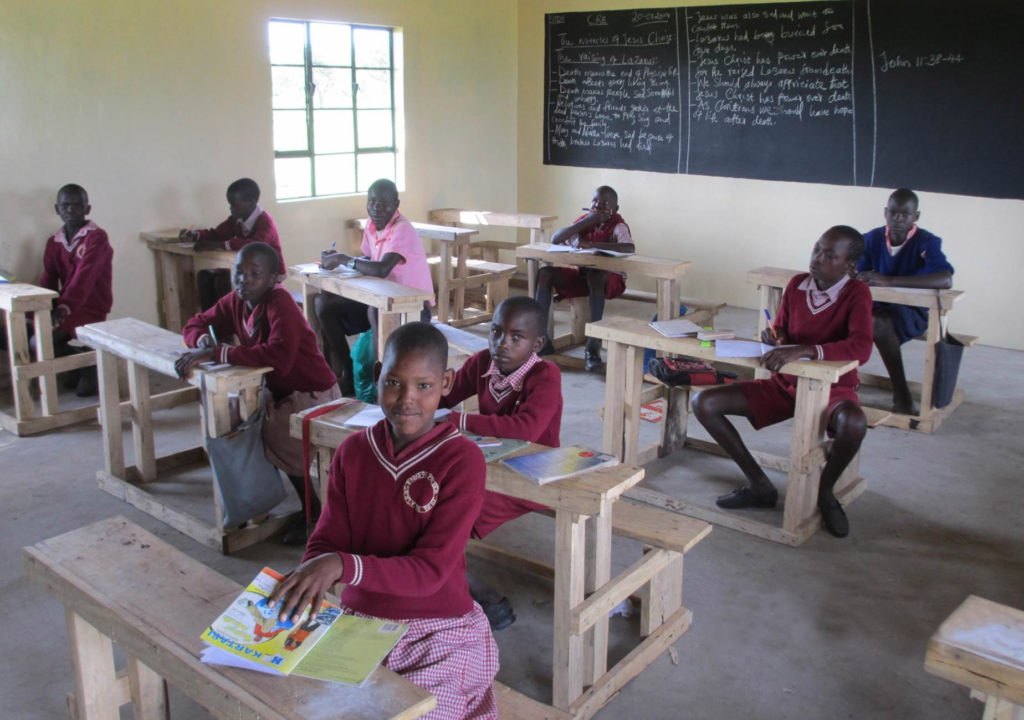 When the two Whitaker teens talk about their holiday trip to Tanzania two Christmases ago, it’s not the animals they saw on safari that proved the most memorable, as amazing as the elephants and giraffes were.

It’s how they helped a small unofficial orphanage, Pambazuko, acquire a van, which transformed the lives of the children and caretakers there. Before, the orphanage only had a motorbike that could be used to transport 16 kids, Cori Whitaker explained.

She said the idea started with her son Isaac, now 16, when they were first planning their trip. He was determined to do something for the communities they would be visiting. Seattle-based Wildland Adventures, a company that has long worked to “give back” to the far-flung communities its guests visit, suggested the orphanage and the van, but Kurt Kutay, the founder of Wildland, worried that the $5,000 cost would be beyond the Whitakers’ budget. They made it a community effort, Cori Whitaker explained. “We raised the money by getting people to pitch in whatever they could. Fifty different people contributed,” with Wildland Adventures coordinating with the Whitakers the purchase and delivery of the van.

“We all found our experience with the kids and their caretakers the most meaningful and memorable,” said Whitaker. “It gave my kids a broader perspective and made them more connected with people with a very different reality than theirs.”

As families continue to look for meaningful experiences to share on vacation, they increasingly are seeking ways to give back, whether that means spending a half-day volunteering while in port on a Caribbean Cruise (www.togetherforgood.org can connect you with projects) or bringing some much-needed supplies in your duffel when you travel to donate to an organization in need (www.packforapurpose.org).

Just five pounds worth of supplies packed in your suitcase — think hundreds of pencils, for example, some antibiotic cream or a couple of stethoscopes can make a huge difference, said Rebecca Rothney, who founded the nonprofit Pack for a Purpose five years ago. “We like to say when you Pack for a Purpose the trip you take goes much farther than the miles you travel. Just as you teach your children to take a gift to thank your host for their hospitality, you can thank your host community on your vacation by taking needed supplies for a community project.” 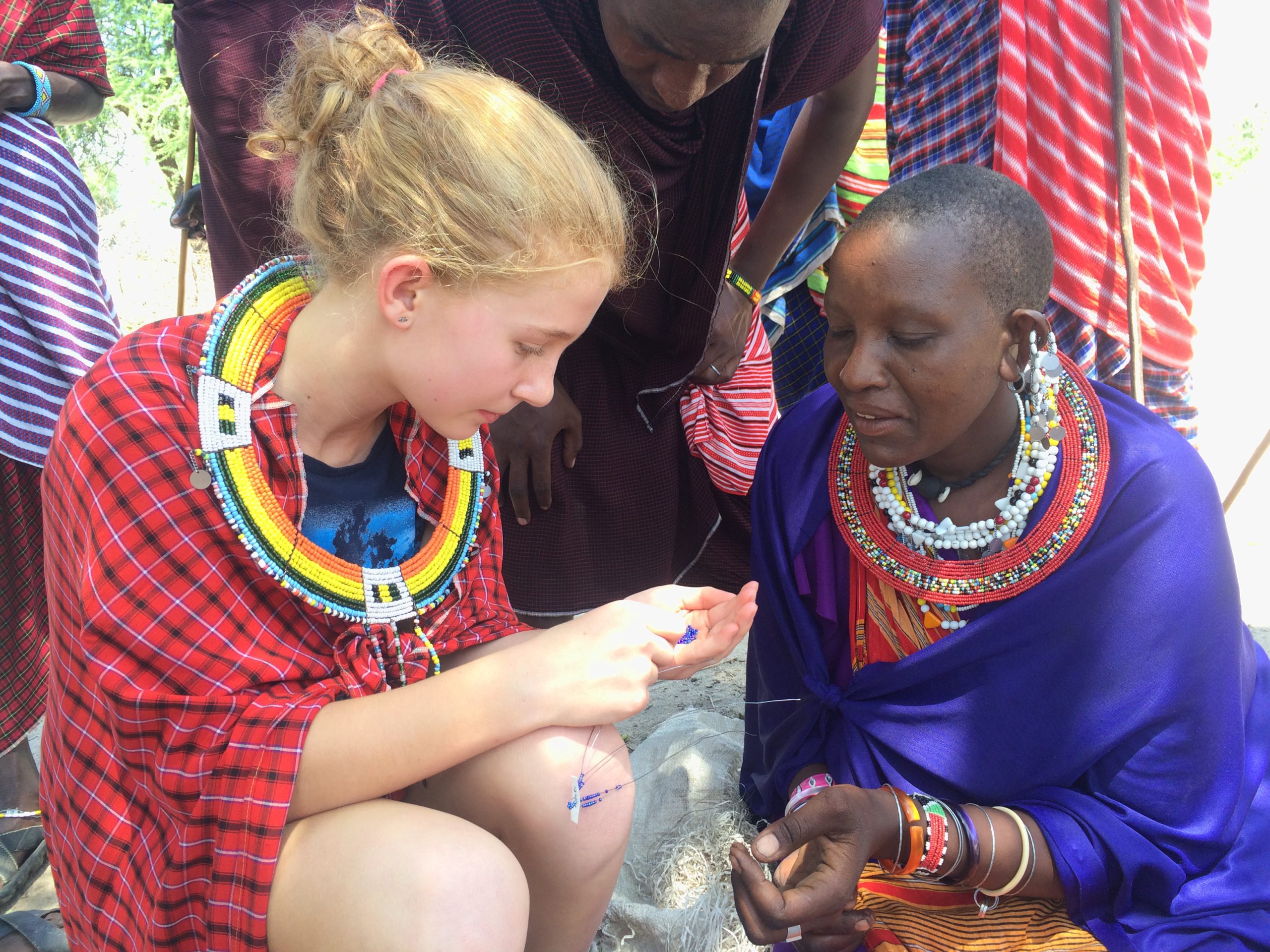 Though Pack for a Purpose now works with nearly 500 projects, Rothney said, she has yet to find partners in the United States, though the need is great in many cities and rural areas.

Carnival Cruise Lines has an entirely new brand called Fathom that is dedicated to what the company is calling “social impact travel.” It offers onboard workshops and shore excursions designed specifically to help cruisers, including children as young as eight, participate in volunteer projects in the Dominican Republic. Opportunities include everything from helping a women’s cooperative produce artisan chocolates to working with Dominican teachers teaching English and building water filters. The seven-day cruises will start next spring at a cost of under $1,000, significantly less for kids.

Alternate week cruises to Cuba aboard the 710-passenger ship (prices will start at $1,800) will focus on cultural immersion and include a variety of artistic, educational and humanitarian activities, said Tara Russell, who came from the nonprofit world to spearhead Carnival’s efforts. She said future efforts will be undertaken around the world, including on other Carnival brands ships.

Companies like Abercrombie and Kent have an entire philanthropy division with project coordinators on the ground to help visiting families give back in some way; Crystal Cruises continues to expand its “You Care, We Care” complimentary shore excursions through which crew members and passengers engage in humanitarian and conservation activities throughout the world. Beaches Resorts in partnership with the non-profit Sandals Foundation has started Island Impact, for teens to earn 10 community service hours while on vacation in Jamaica or Turks and Caicos, an initiative inspired by the members of the brand’s Teen Advisory Panel.

Carrigan Miller, 18, who’s a college student now, helped raise money to build a girls’ bathroom at a school he first visited in Kenya on an A-and-K trip when he was in middle school. He returned to help build it. “The thing that really struck me was that the kids were kids like me, just the same, but I had so much and they didn’t.”

Phoebe Warren, 16, was so moved by the plight of girls in Kenya, who were forced to leave school to marry, that she made a proposal to her family foundation to fund 10 scholarships. Her grandparents, she said, started the foundation, and she said she felt as the oldest grandchild a special responsibility to lead the way.

Of course, most children don’t have a family foundation or the means to fund major projects, so some kids are turning to social media to help. Lori Eisner and her daughter Jaime Eisner, 12, who live in Pennsylvania, took on a well project for Mikocheni Primary School in Tanzania. When the Eisner family visited Tanzania with Wildland Adventures, they discovered that the school had no source of drinking water, so they started a Go Fund Me page. So far they have raised more than $3,000 of the $6,500 needed to bring clean drinking water to the school. The kids walk over six miles to school. Jaime Eisner said in her post, and they have to carry heavy jugs of water across the desert to school. “I leave cups full of water on the counter and then think about how so many kids would be so grateful to have that water,” Jaime Eisner said in an email.

A new study from the nonprofit Tourism Cares found that of those who “give back” on vacation, families traveling with children are the most generous with their time and in-kind services. After they get home, more than a third give more to the same cause and nearly half say they plan to increase their children’s engagement in such activities.

“This is a big change,” said Mike Rea, president of Tourism Cares, adding such experiences — when done right — can broaden and deepen the entire travel experience. But he cautions travelers to tread carefully, work with a group with long ties in the community and be realistic about what you can accomplish.

Families of all stripes traveling with grade-schoolers, as well as young adults, are a target audience for such efforts, including on Fathom, said President Tara Russell. The activities onboard and onshore, she said, will be designed for families like hers — she has two grade-schoolers — to do together.

“This isn’t just about the trip,” she said. “The trip will be the catalyst for engaging travelers on a personal journey,” they can continue at home and wherever they travel next.

In fact, said Jaime Eisner, her classmates are really intrigued that a 12-year-old could spearhead such an effort for kids in a country across the world. “They’re very interested not necessarily in what I’m doing but that I’m doing it,” she explained. “I hope that other kids get inspired by my project to do projects of their own.”