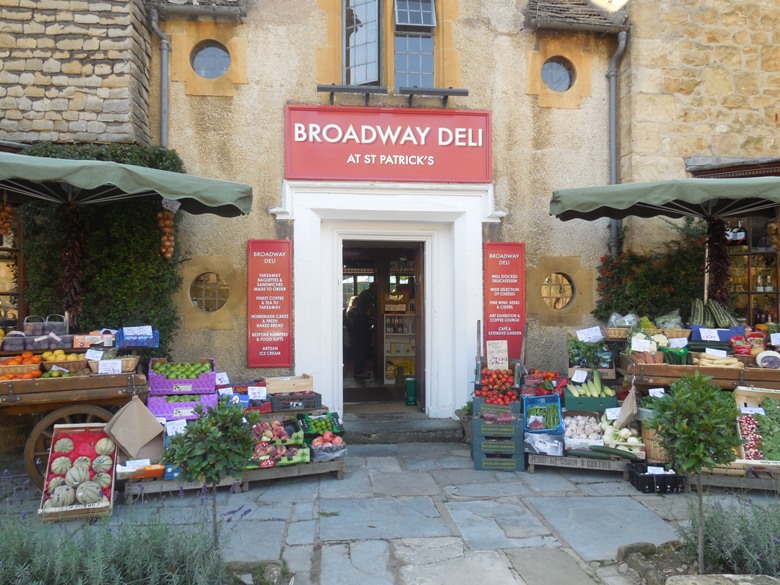 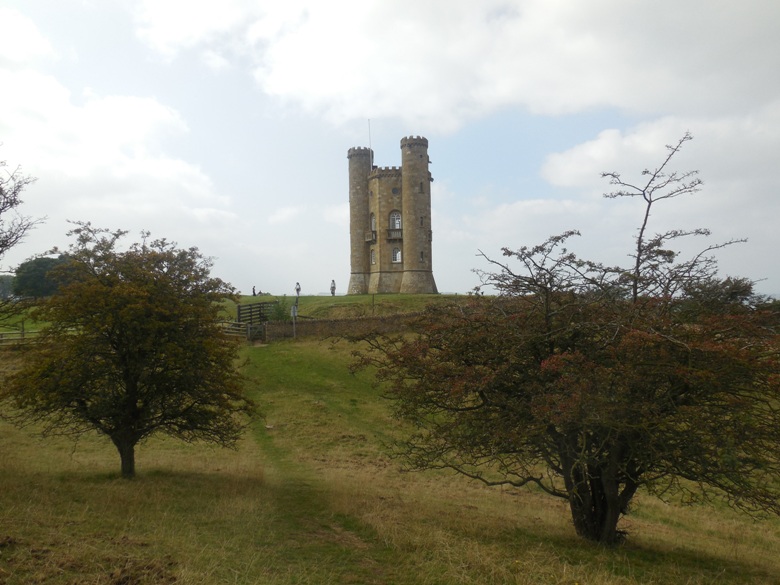 COTSWOLDS, Great Britian (Day 3) — There are literally thousands of footpaths that crisscross the Cotswolds in Great Britain, just two hours from London, but with its thatched roofs and small villages, as far away from a big city as you can get. No wonder the region is increasingly becoming known for “walking holidays.”

We spend the day with local guide Anne Bartlett who explains visitors can book a holiday to walk all or part of the famous Cotswolds Way, having their bags transferred each morning to their next Bed and Breakfast so there is no need to carry a heavy pack.

We’re staying at Ellenborough Park, once a big manor house. While there aren’t too many of these big estates left, many well-heeled Britons live in the Cotswolds, even royalty. Princess Anne has long lived here—so do her daughter, son-in-law and granddaughter. Prince Charles also has a residence here.  This area has long been loved by artists and writers who came to the picturesque villages for inspiration.

Broadway Deli in the Cotswolds

I can see why—they are real villages, home to 21st Century families, but they evoke a much kinder, gentler time with narrow country lanes, fields with bleating sheep and cottages with thatched roofs.

There’s a lot in the Cotswolds to see—Oxford, Stratford on Avon, Blenheim Palace. Sudley Castle. But today we’re happy just to ramble on the Cotswolds Way and amble through the villages with names like Broadway, Upper and Lower Slaughter, Brouton-on-the-Water where there is an entire miniature of the town to visit as well as the town itself (the miniature village has its own miniature village, which has its own… you get the picture). Stop in at the Broadway Deli for a great selections of tea and scones and lots of fresh local veggies

In Chipping Campden, the northern terminus of the Cotswolds Way, we stop by a local market and stumble upon Paul T Mahoney selling a variety of Cotswolds sheepskins with their soft, fluffy and luxurious wool. We learn from Anne Bartlett that Cotswolds wool was in high demand in the 19th Century, but now is a niche market (it’s still used to manufacture tennis ball covers, however). We purchase a sheepskin second (patched together by Mahoney’s apprentices in a wool-dyeing class) for our rescue dog Trooper, who immediately took to it when we brought it home.

Next we took a hike along the Cotswolds Way to Broadway Tower, the brainchild of the 18th Century landscape designer, Capability Brown. George William 6th, Earl of Coventry completed in 1798 the tower in 1798. It has no military significance but on a clear day you can see from its top all the way to Coventry, about 40 miles. The restaurant below served a terrific outdoor or indoor lunch. 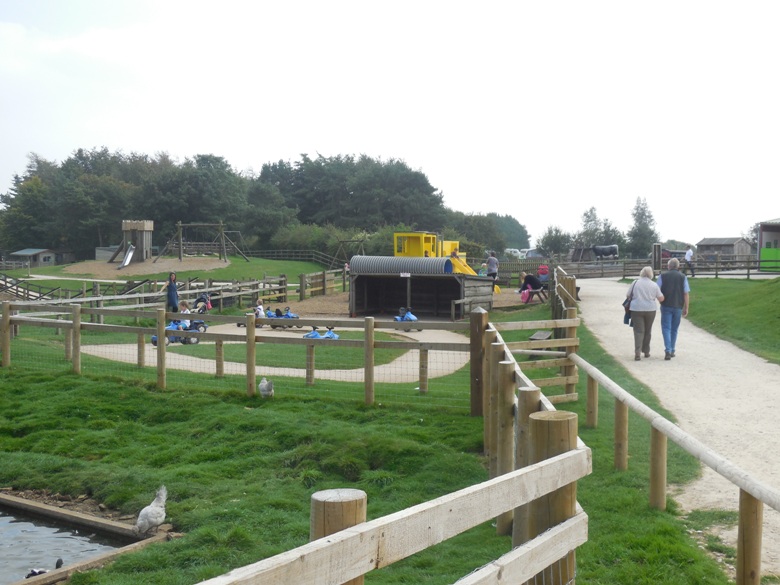 We stopped at the Cotwolds Farm Park, which local and visiting kids love for its toy tractors, the chance to bottle feed a lamb or pet a goat and the chance to learn a bit about agriculture in Britain. Did you know there are 400,000 pigs in the UK producing over 8 million piglets? No wonder the Brits eat 560 million bacon sandwiches a year!

The Cotswolds originally gained its wealth during medieval times by its sheep and its wool and here is the place to see the famous Cotswold Lions, as well as other rare breeds.

Another bonus to visiting a place like this: American kids will meet local kids. 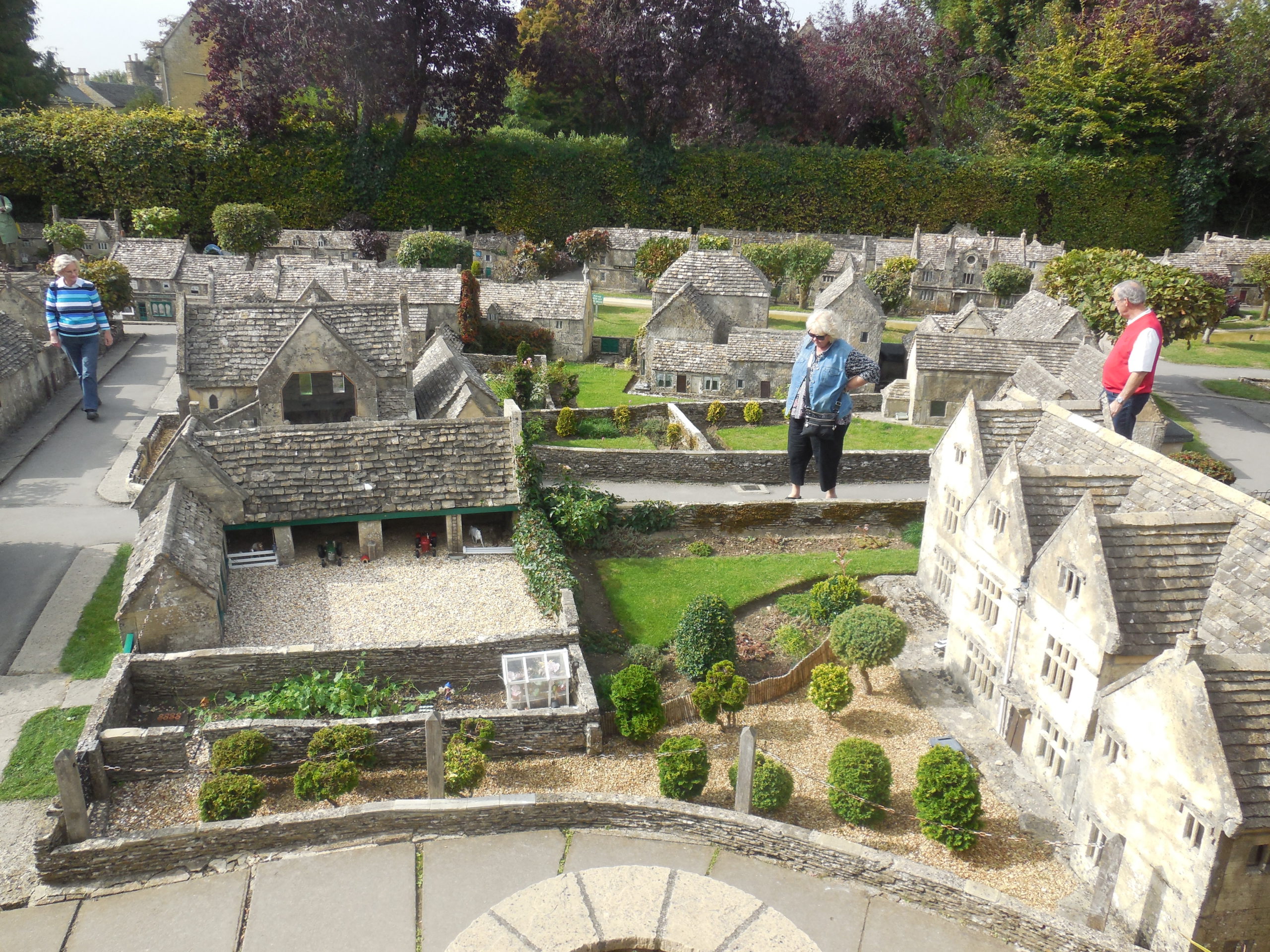 I loved Bourton-on-the-Water with the River Windrush winding its way through town, plenty of places for a cup of tea or an ice cream along the river path. But be warned, the sign in one local coffee shop read: “Children on the rampage will be asked to leave.”

Walk from Upper Slaughter to Lower Slaughter to Bourton-on-the-Water in just an hour or so or walk on the Cotswolds way, stopping in one village for lunch at a pub, another for an ice cream, a third for a beer.

That’s the way to travel! 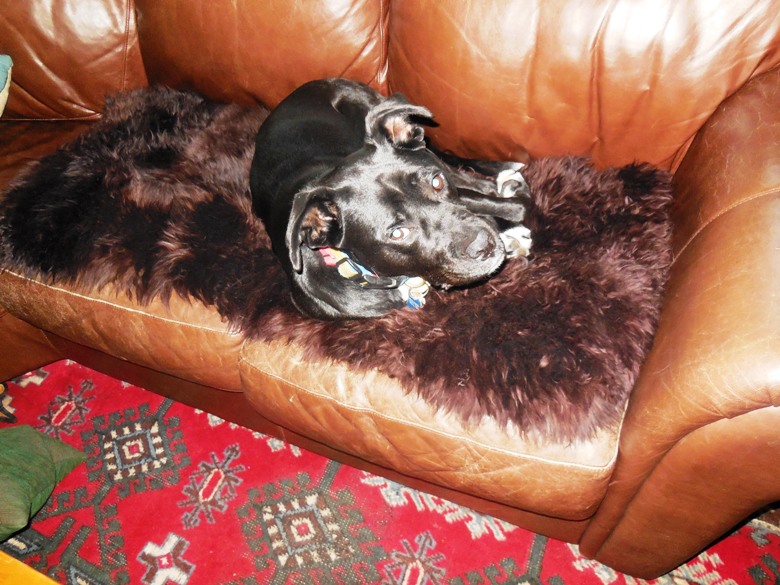 Trooper and her Cotswold sheepskin at home in Connecticut