What price will you pay for your child’s safety? 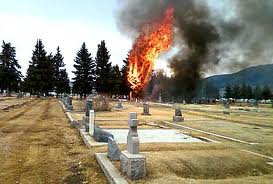 Note from Eileen:  I published the following blog on Sept. 12, 2010.  It is one of many pieces I have written over the past 25 years concerning the airlines and the FAA’s failure to require that every passenger on a plane to be seat-belted in flight.  And just this week there was more news of incidents in which air turbulence injured passengers — and one case sent a baby flying through the cabin (very luckily uninjured).  The FAA and the airlines need to act — and parents need to ask themselves again: “Is your small child’s safety worth not paying for the extra seat?”

They set off in a private plane from California anticipating a happy family ski trip to Montana—a rendezvous with grandparents.

But they never got there. The three young families—including seven children aged one to nine—died in a fiery plane crash just short of the runway in Butte, Montana on March 22, 2009.  The three couples had gone to college and graduate school together.  Two of the moms on board, Vanessa Pullen, a pediatrician, and Amy Jacobson, a dental hygienist, were sisters.  Their dad, Dr. Irving Feldcamp, a prominent California dentist, was one of the owners of the plane.

On that flight, there weren’t enough seats for all of the kids—perfectly legal but not necessarily safe, the National Transportation Board says. Now that horrific accident  has reignited a long standing debate over whether parents should be required to purchase a airplane seat for children under age two so that they may be restrained in a safety seat rather than sitting on a parent’s  lap.  The NTSB has just issued a new recommendation (http://ntsb.gov/Recs/letters/2010/A-10-121-123.pdf) to the FAA that each passenger under two should be properly restrained in his own seat during takeoff, landing and turbulence.  “The NTSB concludes that children under the age of 2 years should be afforded the same level of protection as all other persons aboard…” the recommendation says.  The agency has scheduled a forum on the subject in December in an effort to raise public awareness.

Everyone from the American Academy of Pediatrics to the FAA and the NTSB already recommends the use of safety seats on board for young children.  See what the FAA says at (www.faa.gov/passengers/fly_children/crs) .  But here’s the rub: You are not required to purchase a seat for your baby until they turn two and airlines don’t charge for families to check a car seat. And that is the crux of the issue that has stymied safety experts and pediatricians for years and perhaps lulled parents into a false sense of security.

“I don’t worry about her safety because if the ‘fasten seatbelt sign’ is on then I make sure she is held tightly on my lap,” one mother of a 5-month-old emailed me. Another dad said he was trying to save the cost of a ticket while he could while a nursing mom said it was easier to hold her infant.

“We’re suggesting children be restrained the way everyone else is restrained. Why wouldn’t you want your child to be as well protected as you are?” asks Norah Marshall, who oversees the NTSB unit that studies survivability in plane crashes.  Everything on a plane—including coffee pots—has to be restrained during takeoff and landings and in times of turbulence, notes Marshall, a former flight attendant. Everything, that is, except young children sitting on parents’ laps.

More than 7 million children under the age of two fly as lap children on American air carriers each year, according to government estimates and the FAA argues that requiring the use of child restraint systems would significantly raise the price of travel for young families. The agency concluded that this would prompt some families to drive instead, in turn resulting in an increase in highway fatalities of children.

The NTSB counters that “considerable analysis of real-world air and road vehicle data found no clearly defined relationship between diversion from air travel and highway accidents and injuries.”

Parents don’t appreciate that the use of safety seats can be–and has been—a matter of life and death, argues the NTSB’s Nora Marshall.  She points to past cases where young children have survived plane crashes because they were restrained in safety seats and others in which children were killed when sitting in parents’ laps while the adult survived.

Take the case of the United Airlines DC-10 that crash-landed in Sioux City, Iowa in 1989. The parents of the four lap-held children were told before the emergency landing to put their children on the cabin floor and hold them in that position while the adults assumed “the protective brace position.” But three of the parents reported to investigators they were unable to hold on to their babies and a 23-month-old died, among 111 of the 285 passengers and one of the 11 crew members who were killed. (http://en.wikipedia.org/wiki/United_Airlines_Flight_232)

Five years later, a USAir Flight crash-landed in Charlotte, NC  (http://en.wikipedia.org/wiki/US_Airways_Flight_1016). Among the 37 who were killed was a 9-month old baby held by her mother, who survived.  NTSB investigators believed the baby might not have sustained fatal injuries if she had been properly restrained in a child restraint system.

There have been cases of children injured flying out of parents’ arms in severe turbulence too, and of lap children more seriously injured than the parent holding them.  If your child gets separated from you, who will take care of her if you have to evacuate, Marshall asks.  Airplanes have become far safer in the past two decades with better designs and materials. But the best protection in the world won’t help if you are a baby sitting on a lap, says Marshall.

While the recent Montana crash was not survivable, NTSB officials cite physical evidence showing unrestrained children or those sharing a single seatbelt would have been at much greater risk of injury or death had the crash been less severe. “We want to learn from this and prevent a similar tragedy,” Marshall said.

The latest recommendation, though, is much like the other unsuccessful ones the NTSB has submitted to the FAA over the past three decades.  FAA spokeswoman Alison Duquette said the agency will consider the NTSB’s recent recommendation, but the agency has no immediate plans to change its rules.

Meanwhile, it is up to you. Yes, that means you would have to buy a seat for your baby. Southwest is one airline that will give you an empty seat for a lap child if one is available but you certainly can’t count on that. Virgin Atlantic supplies safety seats to all young children whose parents have purchased a seat for them.

If you don’t want to lug your safety seat to the gate, check out www.kidsflysafe.com which makes an FAA-approved harness-type safety device—designed by a grandmother–that fits into a six-inch stuff sac and adjusts to fit airplane seats. It is designed for kids 22-44 pounds (typically one to four years-old).

I know in this economy it is tough to justify buying an extra plane ticket when you don’t have to or insisting your baby get the last seat on the private jet instead of your father-in-law’s best friend.

But isn’t your child’s safety worth it?