What the kids say about 18th Century Williamsburg VA 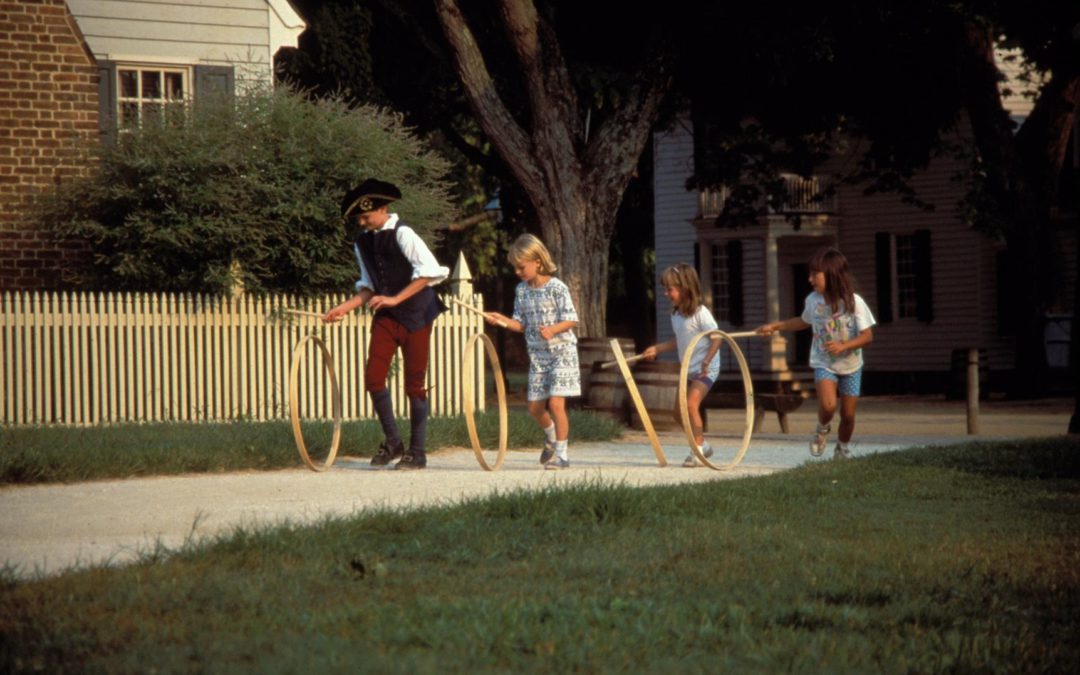 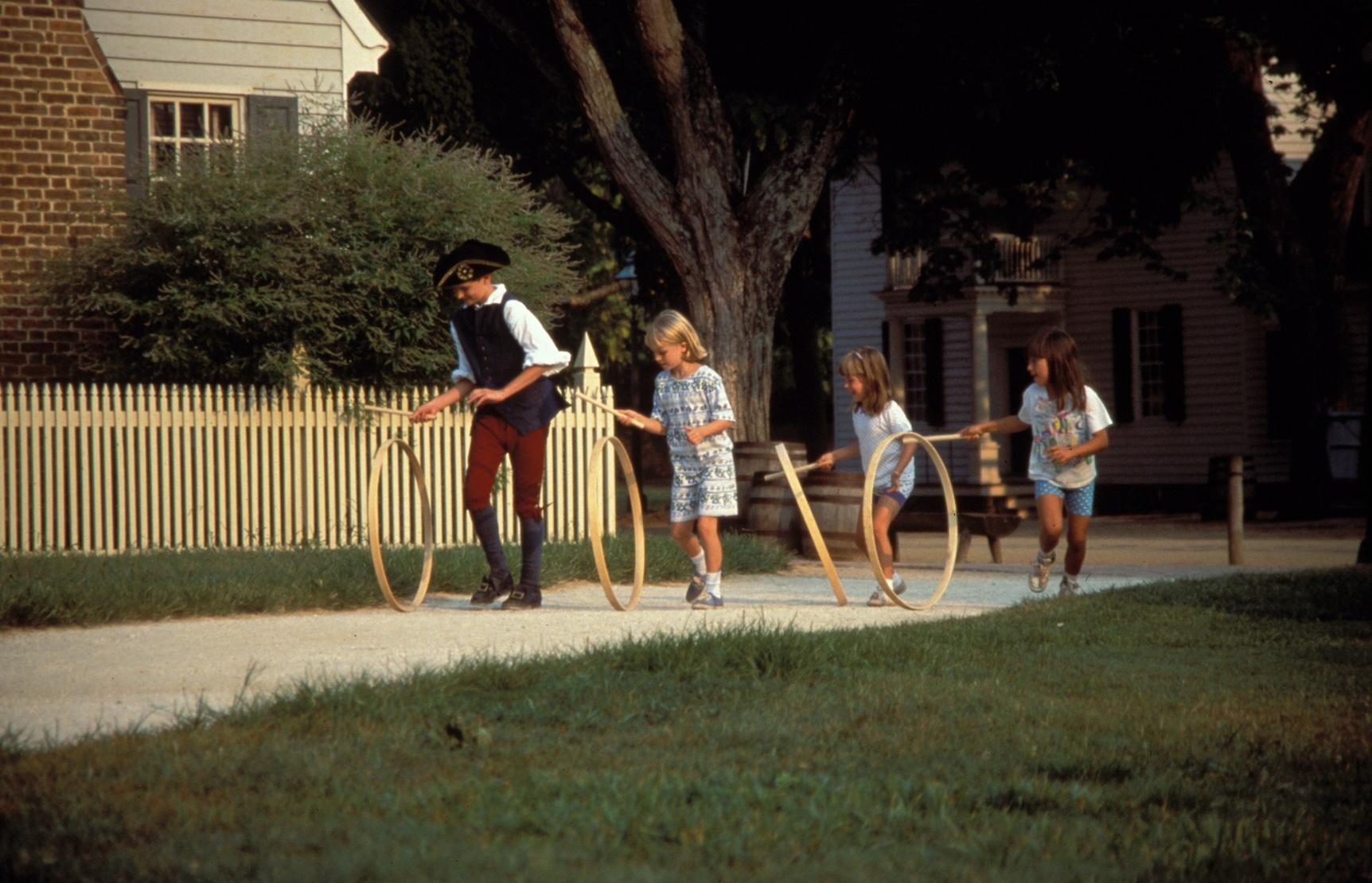 WILLIAMSBURG, VA – What’s it like to see 18th Century history unfold in the street of Colonial Williamsburg, VA?   We asked some of the “junior interpreters” what they thought.

What do you think is the most fun activity for kids in Williamsburg? Why is it fun?

Margaret Perry-16 The most fun activity in Williamsburg, for me, is marching behind the fife and drummers as they walk down Duke of Gloucester Street.It doesn’t make you feel fidgety like a performance or demonstration could after a long time, and the music and all the other people who walk with them make the walk feel patriotic and important. You get to see all the way up and down the street, and you feel as though you were a soldier in the 18th century – very exciting.

Eira Johnson, 11: I think the most fun activity for kids in Colonial Williamsburg is visiting some of the houses that have games to play and dancing.

John Glasgow, 11: I think the best place in colonial Williamsburg for kids is the jail because it is interesting learning how the colonial people branded people from when they got out of jail.

Rachael Glasgow, 16: I think one of the most fun things for kids to do in Colonial Williamsburg is to stomp in the mud at the brickyard. I can’t think of a more fun vacation combination than learning about history and getting to play in the mud. This activity is especially fun for energetic little boys who come to visit us. I think what makes Colonial Williamsburg so much fun for kids is the variety of activities. There is literally something for every young visitor.

Tess Gibson, 16: The brick making area is cool.  You get to mess in the mud.

What would you tell other kids who think a visit to Williamsburg would be boring because history is boring?

Margaret Perry, 16: I would tell them that the process of making history has never been limited to just adults! As you look around, you’ll see actual kids showing you the many ways that kids had fun in the 18th century, and those games and traditions have been fun enough that we still play them. Kids in the 18th century had the same sense of amusement as kids today, and as you experience their daily lives, you share a connection with the kids who would have been your best friends had you lived then. It’s like learning about a new friend’s favorite customs and getting to try them yourself.

Eira Johnson, 11: In Colonial Williamsburg there are ghost tours, dancing, and games almost everywhere you go. It is not like reading history  it is like being in history.

John Glasgow, 11: What I would say to a kid like that is that colonial Williamsburg isn’t just history because people are interpreting and some even are doing games that are colonial.

Rachael Glasgow, 16: If kids think history is boring, then they haven’t had the full hands on version. At Colonial Williamsburg, visitors can experience the history, rather than just sitting through lectures on it.

Austin Ross, 15: History is not boring—it comes alive here in Williamsburg. The costumes are cool.

Tess Gibson, 16: At CW it doesn’t feel like history because you are living in the moment, as if you are really living in the 18th Century.

What is the most surprising thing you have learned about life in the 18th century?

Margaret Perry,16: I think that the most surprising thing I have learned – and continue to learn – about life back then is the sheer amount of discipline involved, especially in childhood and being a teenager. Learning about what people my age were supposed to know and expect to do,like the etiquette involved in dance and social gatherings, is always a concept at odds with my life right now and what is expectedof me in 2014;there always seems to be more work done to achieve a good social standing or be successful at a job the more that I read about life in that period.

Eira Johnson, 11: The most surprising things to me are how little rights women had back then and how women and girls dressed. The men were the head of the household and determined what everyone in the household did.

John Glasgow, 11: The most surprising thing I have learned is that dancing was pretty much the most important thing a Virginian could learn.

Rachael Glasgow, 16: I was most surprised when I learned how women judged how well off men were by their calf muscles. The more developed the man’s muscle was, the more time he had for muscle building activities, such as fencing and riding. Such actives proved the man had time for leisure and were well-bred. To show off the calf muscles, men’s’ pants, breeches, ended at the knee, showcasing the muscles.

What do you tell kids today about what life was like for kids in the 18th Century?

Margaret Perry,16: I tell kids today that life was much harder for kids in the 18th century, but they knew how to make it fun and spend time in creative ways. Although the history books make it seem boring and uneventful, the life of kids in the 18th century was as exciting as our lives now. Though they didn’t have as much technology and didn’t know as much about the world, they probably woke up each day with the same curious attitude kids do in the 21st century, and made the most of their time working and having fun.

Eira Johnson, 11: Most kids did not go away to school. Kids were schooled at home a lot like homeschooling today. Girls learned to take care of a household and home. Boys often became apprentices. Boys and girls had to do chores to help around the home.

John Glasgow, 11: We teach them how to play games from back then like hoop and stick and trap-ball.

Rachael Glasgow, 16: Life for children in the 18th century was much more formal by our modern standards than life for children today. Children performed courtesies to greet their parents when they entered the room. Children were also held to much higher expectations than this generation. Girls finished their first sampler between the ages of four and six years of age. Most obviously, girls did not receive the same education, if any at all, that the boys did. What children learned depended on what the parents knew and how much of an education they could afford, since there was no public school system.

Austin Ross, 15: Kids had to work back then.

Tess Gibson,16: They used to wear stays and be treated like adults and were expected to act like adults