What you need to know about cruise safety 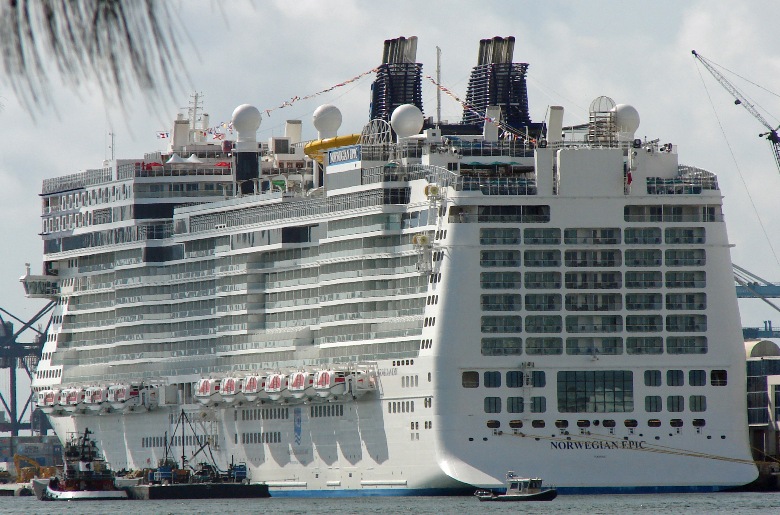 Here’s a vacation that will please the kids — even the teens and tweens — as much as you and grandma and grandpa. Even better, it won’t bust the budget and you don’t have to go near an airport.

No, I haven’t been living on Mars these past weeks in the aftermath of the Costa Concordia tragedy off the coast of Italy that left 17 dead and 15 passengers missing and presumed dead — including a 5-year-old and her father. More than 500 passengers have now filed a $460 million class-action lawsuit against the cruise line for intentionally putting passengers at risk.

It is important to keep in perspective that the Concordia disaster was by all accounts an aberration in an industry that prides itself on its safety record. Between 2005 and 2010, cruise lines carried nearly 100 million passengers with a total of 16 deaths related to marine casualties — less than .16 fatalities per million, the Cruise Lines International Association reports. Lifeboats these days can carry 150 people, can go 30 mph and are equipped with emergency supplies and life jackets.

The Concordia mega-ship ran aground off the island of Giglio, Italy on Jan. 13 because the captain allegedly deviated from his planned route and struck a reef closer to shore. Even more egregious was his conduct afterward — apparently leaving the ship before all of the crew and passengers were evacuated. The evacuation, by all accounts, was chaotic. The accident shouldn’t have happened. Certainly no one should have died.

It’s no surprise then that first-time cruisers, including many families, who represent more than 40 percent of cruisers, are backing away. “We’re hearing from regular cruisers that they plan to move forward as planned, but cruise lines will feel the pinch with sporadic or first-time cruisers; new bookings will probably slow,” said Travelzoo’s Senior Editor Gabe Saglie.

“We’re already seeing it,” added Bob Levinstein, CEO of CruiseCompete.com, which sells more than 50,000 cruises a year and anticipates lower prices for consumers in the coming months as a result of fallout from Concordia. Look for deals less than $100 a day per person — half that for kids traveling as third and fourth passengers, he suggests. Drive to a port near your home (there are more than 20 to choose from) and save even more.

Sure it’s a good deal, you’re thinking. But will they keep me and my kids safe? And that’s no small matter with more than 1.3 million kids now cruising a year — it’s not uncommon on big ships for there to be more than 1,000 children onboard during school break and summer sailings. Disney Cruise Line averages 800 to 1,000 kids on every sailing, in fact.

The reality is the cruise industry has made great strides not only in entertaining and caring for kids (even infants), tweens and teens with an ever-expanding array of programming and amenities but also to safeguard their safety and make it easier for parents to keep track of them. (Check out what major cruise lines have to offer at my 2012 Family Cruise Guide.)

Carnival Corporation, which carries more children than any other cruise line — 670,000 annually just on Carnival Cruises — has already announced a comprehensive audit and review of all safety and emergency response procedures across all of the company’s 10 cruise lines.

I can’t think of another vacation venue where kids are away from their parents so much of the day and evening or where kids have more freedom to roam. It’s not uncommon for even 10 year olds to be able to sign themselves in and out of organized programs and have the run of the ship. That’s why it is important to keep in touch by having regular meeting places and times (noon at the pool waterslide), using walkie-talkies, or if they are available, onboard devices like the complimentary Wave Phones on Disney ships that enable you to text or call your kids while at sea.

Major lines like Norwegian, Royal Caribbean and Carnival  insist that kids under 12 wear wristbands imprinted with respective muster stations and have established special safety protocols and they train their staff accordingly. For example, Norwegian ships have a central Child Pick-up Point where children are taken by the Child Care Team on the same deck as the assembly stations so parents can meet them. “If a child is not picked up, a Child Care Team member will accompany the child into the lifeboat to ensure they are accompanied at all times,” said NCL spokesperson AnneMarie Mathews.

It’s important for you to know these protocols and to play the “what if” game with your kids and teens so they know what to do in an emergency. Can teens and tweens find the muster station on their own? (Have a dry run or two!) Its location typically is printed on their room key card, as well as in the room. (No need to return to the cabin if there isn’t time — there are lifejackets at the kids’ clubs, muster stations and lifeboats.)

Take the safety drill (typically right before you embark) seriously and pay attention rather than texting or taking photographs though it, as many do. Revisit the info with the kids on your in-room TV.

Even in non-emergency situations, there are common-sense rules on board ship to keep your kids safe and healthy, notes Dan Askin, news editor at Cruise Critic. Can they find their way back to the cabin? (It is easy to get lost on these floating cities!) No swimming without adult supervision (there are no lifeguards). No running on deck (easy to slip and fall). Wash hands frequently to prevent catching a norovirus. Enforce curfews (you don’t want teens wandering the ship in the middle of the night).

Even though you’ll likely leave the ship together in port, should you somehow get separated, it’s smart to make sure the kids know the ship’s name, phone number, as well as your cell number (write it down and put it in your child’s pocket).