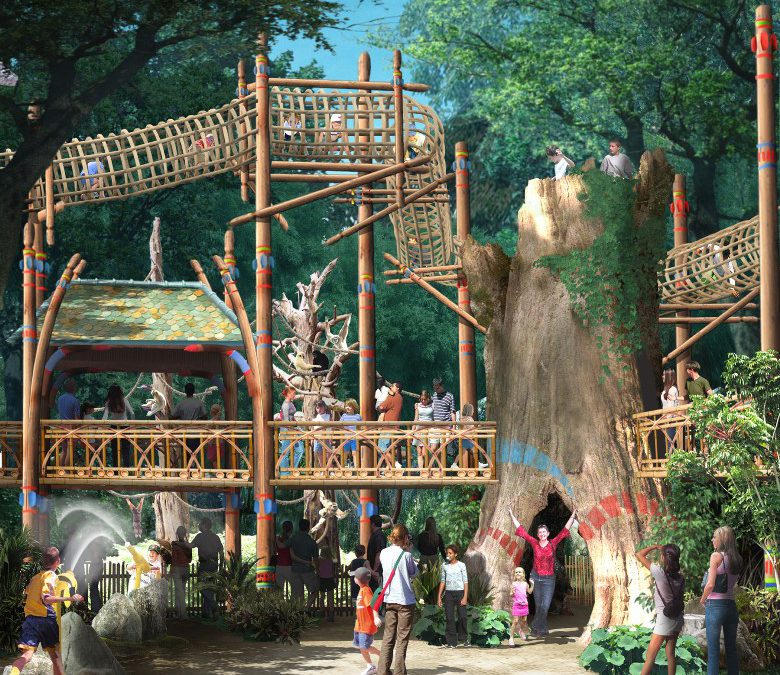 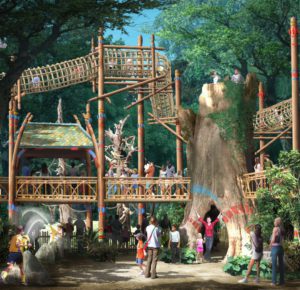 Do you scream on roller coasters?

I do. In fact, my kids don’t like to ride coasters with me because they say I scream so loud I embarrass them. They were actually relieved the time I lost my voice after one particularly scary coaster ride.

Whether your gang love coasters or hate them, love water slides or refuse to wait in line for them, (yes that was us skipping the famous water slides at the Atlantis in the Bahamas), you’ll find plenty of new attractions to amuse everyone at this country’s more than 400 theme parks (and scores more water parks) this spring and summer. Here’s just a sampling of what’s out there:

– LEGOLAND CALIFORNIA (www.legoland.com): Legoland has unveiled Land of Adventure, which allows guests to time travel back to 1920s Egypt. (Check out the life-sized Lego Camel and the 16-foot-tall Lego Pharaoh. The 75 new Lego models here, took nearly a half-million Lego bricks!) The kids will love aiming laser blasters at targets in the park’s first dark ride, Lost Kingdom Adventure. Of course, there’s plenty for the littlest park goers too: Are they ready to “fly” on a prop plane? Or if your little ones are into aquatic life, visit the Sea Life Aquarium, next door to the park. It is set to open in July.

– BUSCH GARDENS AFRICA (www.buschgardens.com): In Busch Gardens Africa you feel as if you really were in Africa, thanks to its new Jungala attraction that includes a complete jungle village, multi-story play areas and all kinds of jungle creatures. (Did you know that orangutans create new beds for themselves every day?) Oh, did I mention there’s a zip line ride designed for kids and a huge climbing area with nets, bridges and tubes for crawling? – AQUATICA (www.aquaticabyseaworld.com): SeaWorld’s new South Seas-inspired Aquatica in Orlando offers 36 waterslides, six rivers and lagoons – even a ride that takes you in clear tubes through Commerson’s dolphin habitat. There’s also Walkabout Waters, one of the biggest interactive water playgrounds anywhere. (Ready to blast a water cannon?)

– NICKELODEON UNIVERSE (www.nickelodeonuniverse.com): Nickelodeon Universe, the only Nickelodeon park anywhere, is located inside the Mall of America in Bloomington, Minn. Ride the 67-foot-tall SpongeBob Square Pants roller coaster and, when you need a break from dragging the kids through the stores, meet your favorite Nickelodeon characters.

– CEDAR POINT’S SKYSCRAPER (www.cedarpoint.com): The Skyscraper at the Cedar Point theme park in Sandusky, Ohio lets riders sit in open cars, their feet dangling, and spin 16 stories in the air at speeds of up to 55 mph. But the little kids aren’t forgotten at Cedar Point. There’s a new Peanuts-themed Planet Snoopy area for young children that offers seven thrilling rides (spinning balloons anyone?). The gang will also have fun watching stunt bikers, skateboarders and rollerbladers strut their stuff in a new show.

But no matter how many new attractions a park offers, taking kids to theme parks is still stressful. For their part, theme parks are doing their best to de-stress your visit with systems that allow the computer to tell you when you can return to the ride so you don’t wait in line, VIP Tours (even at Six Flags parks, www.sixflags.com) and meal plans so you don’t go over budget – too much anyway. Check out Disney Dining at Walt Disney World (www.universalorlando.com) and dine in the Magic at Disneyland and the Universal Meal deal at Universal Orlando.

They’re also going all out for the littlest park goers with new areas like the Sesame Street Bay of Play at SeaWorld San Diego (www.seaworld.com/sandiego), Thomas the Tank Engine areas at Six Flags Over Georgia and Six Flags Magic Mountain (www.sixflags.com) and a new Playhouse Disney-Live on Stage! show at Disney’s California Adventure (http://disneyland.disney.go.com/) and Disney’s Hollywood Studios in Orlando (http://disneyworld.disney.go.com/wdw/).

All of that fun costs a lot, unfortunately. A one-day child’s ticket to Walt Disney World is more than $50! That’s why you should carefully check the Web before you buy tickets and purchase just what you need. Skip that super-duper ticket, if you know you don’t have time to hit half the places it includes. You often can find deals on each park’s Website, as well as the official Website for your destination, www.visitorlando.com, for example.

If you are going to be in Southern California, check out www.citypass.com for discount books that include Disneyland and other area attractions; if you are heading to the Wisconsin Dells, check out the $19.95 coupon book that may save you hundreds of dollars on lodging and attractions (www.wisconsindellscouponbook.com). Also check with your employer. Many large companies offer discounts, suggests Dave Mandt, a spokesman for the International Association of Amusement Parks and Attractions.

And before you get in the car or head to the airport, take a virtual tour of the park. Have the kids help plan your visit. What are the must-sees? Let each person in the family choose something they want to do each day – and make sure you get there.

A couple of other rules for the park: The height requirements are there for a reason. Don’t tell your child to stand on tiptoe if he’s not tall enough! Don’t convince her to ride a scary coaster she’s tentative about. (Yes, we slipped out of Disney’s Haunted Mansion after waiting in line.) Just as important, if your child is tall for his age, don’t permit him to ride alone – or at all- on something you think he might not be ready for emotionally. “Parents know their kids better than anyone, says Mandt. “You know whether they’ll stay seated or keep their hands inside.” He adds the vast majority of injuries and mishaps occur because people don’t follow directions. (For more safety tips, visit www.ticketforfun.com)

And no matter how much you’ve spent so your tweens can ride the newest coasters or your preschooler can meet her favorite characters, give up the idea of riding every ride and seeing every show. It’s impossible. The kids will get tired and cranky. So will you. When everyone has had enough, go back to the hotel and jump in the pool. Remember, the point is to have fun, not drive yourselves crazy.

See you on the roller coaster. I’ll be the one screaming the loudest.