When Life Interferes With a Planned Celebration 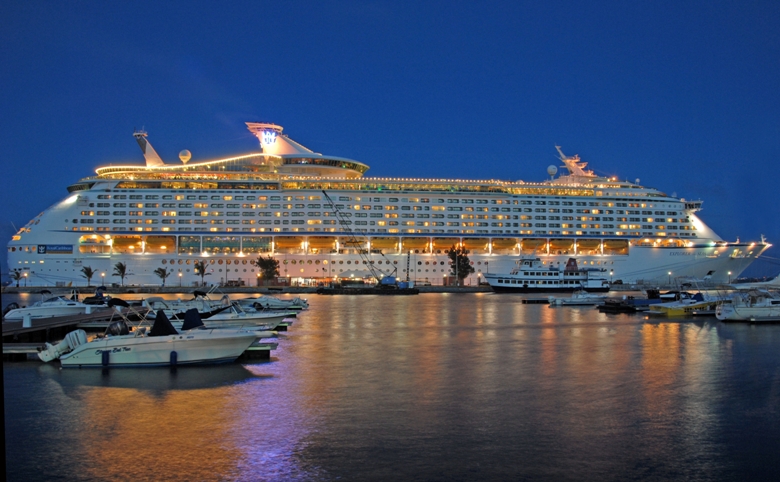 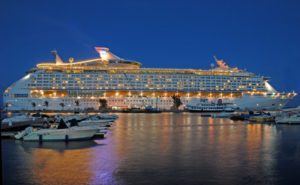 Explorer at night in Bermuda

Life has a way of changing planned celebrations.

Jean-Anne McKiernan and Richard Sandano were planning a big Brooklyn, N.Y., wedding when they discovered—very happily—they were going to have a baby. So the cruise-loving couple, both in their 30s, scrapped their expensive plans and instead invited friends and relatives to join them on Royal Caribbean’s Explorer of the Seas (www.royalcarribean.com) from Cape Liberty, N.J., to Bermuda, where they would be married in the ship’s chapel.

Their family—23 in all, including baby Nicholas and his older sister Samantha, sat adjacent to ours onboard recently, with baby Nicholas getting all of the aunts’ attention. “Instead of just seeing each other for the wedding, we’ve had five days laughing, eating, drinking and relaxing,” said Sandano, an executive chef. “This was a vacation for everyone,” including the newlyweds, thanks to first-rate Adventure Ocean children’s program for 11-year-old Samantha and an evening babysitter for Nicholas, said the new Mrs. Sandano, a hospital administrator in New York.

A lot of people are celebrating on this cruise—at least 80 birthdays, 163 anniversaries and seven honeymoons, according to Royal Caribbean staff.

We were supposed to be celebrating too—the 85th birthday of Rita Marcus, my “second mom.” I grew up two houses away on suburban Long Island, N.Y., and her two daughters have been my closest friends since we moved in when I was six. Rita and my mom became close too and in the decades since, we have morphed into family, so when Rita invited me to join the celebration—they were gathering from California, Florida and suburban New York—I accepted gladly. But less than two weeks before the 12 of us were to sail, my friend’s husband—my high school classmate—died suddenly.

What to do? Ironically, my friend was the only one in the group who had bought travel insurance, which guarantees a refund in such situations. But the decision wasn’t about the money. It was about what would be best for her. The family collectively decided to go ahead, to be together for Rita’s birthday. It’s what her husband would have wanted.

My friend canceled her cabin and became my roommate. We shared quarters and confidences, as we had during countless sleepovers when we were kids. We cried, but we laughed too and told countless family stories at dinner and over drinks, playing Scrabble and joking about eating too much as the big ship (longer than four 747s with 3,343 passengers onboard) made its way to Bermuda and back in five days.

Sherry Monteleone told me her family faced a similar dilemma whether or not to cruise. Their trip had been planned to celebrate her parents’ 50th anniversary. But when her father became ill and couldn’t go, the anniversary couple urged the Monteleones to take their three kids—who had been eagerly anticipating the trip—anyway. She considered canceling (they all had travel insurance and would have gotten refunds) and taking the kids to New York City but quickly discovered they’d spend considerably more. “With all the activities onboard and the food, you can’t go wrong for the money you spend on a cruise,” she said.

Especially these days with discounts and onboard credits (check Websites like www.cruisecompete.com), you save even more money when you can cruise from a port near enough to drive to, as we did. (There are now more than two dozen cruise ports from Texas to California. (Check www.cruising.com)

When we arrived at the ship, we dropped our bags so that they could be delivered to our staterooms, parked the car and strode onboard to explore the 15 passenger decks, which offered the first ice-skating rink on sea, a climbing wall, mini golf, basketball court, driving range, inline-skating track, spa, gym, shops, casino and morning-till-night activities—everything from wine tasting to learning how to create the towel animals the stewards leave in the cabins every night, as well as musical shows and late-night comedy performances. We didn’t even care that it was raining!

On a cruise ship there are no arguments over where to go to dinner or who is picking up the check and there is plenty for everyone to do whether they are 4, 14 or 84.

The best part is the time away from the demands of home and work. “I’m not cooking or cleaning or doing dishes,” said Dena Tapler, cruising with her husband and two young sons from Gant, N.Y. “The boys have my full attention, and they are very content with that, and I am too.”

(When we arrive in Bermuda (www.bermudatourism.com), most of those onboard head to the beach. We catch the ferry right off King’s Wharf where our ship is docked for Hamilton (a 20-minute, $4 ride) for a traditional English tea at the iconic pink Fairmont Hamilton Princess (www.fairmont.com), which has graced the waterfront here for nearly 125 years. Rita Marcus, the 85-year-old matriarch of the family, proudly sits at the head of the table reminiscing about a trip to Bermuda many years ago (staying at this very hotel) as we eat scones, dainty finger sandwiches and tiny pastries.

Is it time for dinner already? One night, to the disappointment of our ever-attentive waiter Darryl D’Silva, some of us opted for Portofino, the ship’s “specialty” restaurant where we paid $20 for the privilege of eating in a dining room that accommodated 76 instead of 1,800 and which has a kitchen that prepares just 120 meals instead of more than 3,000. We feasted on smoked duck, gorgonzola salad, tender filet mignon, skewers of lobster and scallops, pastas and delectable desserts—chocolate covered strawberries, tiramisu, flourless chocolate cake—that are worth every calorie.

The Sandanos—in their wedding finery—were a few tables away with their family who had gathered from New Jersey, Florida, Las Vegas and New York, the kids happily ensconced elsewhere for the evening. The bride acknowledged she traded a traditional honeymoon for this trip but explained, “Marriage is about families coming together and we got to spend five days with our family.”

Our last night aboard ship, we toasted family—those who were here and those sadly no longer with us. We also toasted the memories of past happy times and trips to come, which I promised to make happen.

After all, we have to grab good times while we can.

(For more on Eileen’s cruise to Bermuda, read her Travel Diary at elsewhere on this site.)