When they have autism 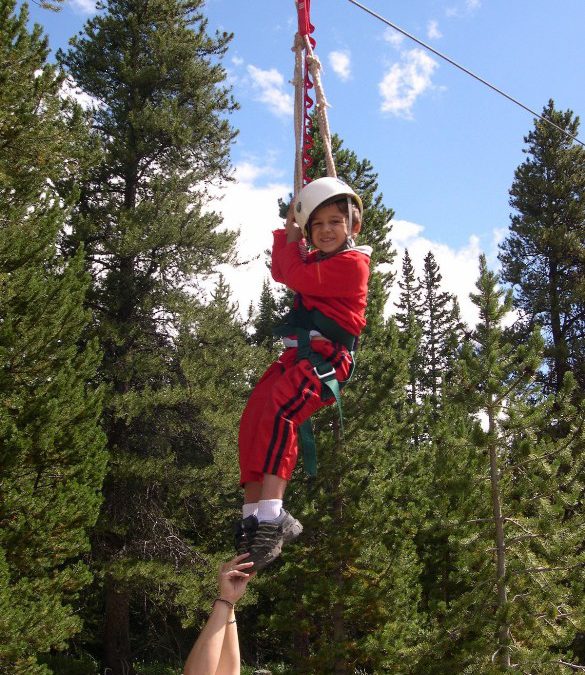 Wherever 6-year-old Lennon Gunn goes — even to Germany to visit his dad — he’s got his wooden-handled spatula in hand.

His mom doesn’t mind a bit and even carries spares. “It starts the dialog,” says Shannon Gunn, who tells everyone she meets who might otherwise be put off by Lennon’s odd behavior that he is autistic and his spatula helps him feel more comfortable on unfamiliar turf. “I’m not afraid to explain,” says Gunn, who works with parents of newly diagnosed children at the Village of Hope Center for Autism in San Antonio, Texas.

Traveling with kids, especially young ones, we all know is never easy. They don’t want to let go of their “lovey” to put it on the security belt at an airport. They get impatient in long lines, hate to sit still on airplanes and may cry and spill their drinks. And the passengers, restaurant patrons or hotel guests in the vicinity may not be sympathetic to the beleaguered parent’s plight.

That situation is only exacerbated for children who suffer from Autism Spectrum Disorder, a complex developmental disability that affects a person’s ability to communicate and interact with others. These kids, who look perfectly normal, often are very anxious and find travel — the noise, the crowds, the lines, the disruption of their routine — particularly difficult, explains Dr. Lynda Geller, a psychologist and nationally known autism expert at the NYU Child Study Center. They may have a tantrum or make strange noises. The smallest thing might set them off. These kids, she adds, don’t have the social skills to realize they are disturbing anyone else. “For these families, the judgment of others can make a very difficult situation far worse,” Dr. Geller says. “They have no idea what that parent is going through.” They just see a bratty child and inept parent, other parents who have autistic kids agree. “Think of standing in that parent’s shoes,” says Dr. Geller. “Be sympathetic rather than disapproving. How would you feel?”

And no matter how well a parent prepares — as with any child — there can be a meltdown in a public place. That’s what happened recently to North Carolina mom Janice Farrell, who ultimately was asked to get off an American Eagle flight with her 2-year-old autistic son Jarett. “If they would have been a little more understanding, I think that none of this would have been a problem,” she told local TV reporters.

The situation caused an uproar in the blogosphere — more than 1,500 posts just on the “Good Morning America” Website alone, after the family appeared there. American Airlines spokesman Tim Smith said the bigger issue — besides the child’s uncontrollable screaming — was that he wasn’t buckled in his seatbelt — an FAA requirement for takeoff. “Every effort was made to help the passenger comply with safety regulations,” he said. “It was a last resort measure to deplane the two passengers.” Smith added that it is possible for any passenger to note special needs in their customer record, which might have alerted the crew in advance to be prepared. Whatever airline you are flying and whatever special needs your family might have, that certainly is a good idea.

Delta Airlines, in fact, is going a step further, developing special travel recommendations for families traveling with someone with developmental disabilities. The guidelines, prepared with Atlanta’s Marcus Institute for Development and Learning, will soon be available on Delta’s Website (www.delta.com) said Delta spokesman Katie Connell.

Autism is now the fastest-growing developmental disability, diagnosed in 1 in 150 births and impacting more than a million Americans, according to the Autism Society of America (www.autism-society.org). The majority of those affected — more than 80 percent — are under 21 notes Peter Bell, the executive vice president at the advocacy organization Autism Speaks (www.autismspeaks.org). Bell is himself the parent of an autistic teen.

Bell says some families don’t go anywhere, not even out to dinner, for fear of a situation like what happened to the Farrells — while others, his own family included, opt “not to let autism rule our lives.” Bell adds that his family of five has successfully navigated national parks, cross-country car trips, theme parks, ski resorts (where many offer terrific adaptive programs) and Hawaii. “It takes extra time and practice,” he says, and isn’t often relaxing, but he encourages parents to try — and the rest of us to be more empathetic. Suburban Miami mom Katherine Revell, whose 6-year-old son Eric has autism, said to encourage that empathy, she now hands out wallet-sized cards from the Autism Society of America that explain the disability to people, including airport security screeners.

The good news is that there are more options for these families than ever before. The Autism Society of America, in fact, just brought 2,000 people to Orlando because Walt Disney World is so accommodating with front-of-the-line passes for autistic children who find it so difficult to wait, said spokesman Marguerite Kirst-Colston, whose son has autism. Other theme parks, including SeaWorld and Busch Gardens, also have similar programs.

Resorts like Club Med and cruise lines like Norwegian, Carnival and Disney also try to be more inclusive in their organized activities, though that doesn’t always work. At the same time, Adaptive Sports Centers are offering special camps and programming that enables these kids and their parents to get out and try activities — even white water rafting — that would be impossible otherwise. The Adaptive Sports Center in Crested Butte, Colo., (www.adaptivesports.org) is having a special High Adventure Weekend for families with children with autism, while the National Ability Center in Park City, Utah (www.DiscoverNAC.org) offers several week-long day camps this summer. This allows autistic children to have a special program, the families to have some time with their other children and the entire family to share vacation time together, said Ability Center spokesman Ryan Jensen. The National Sports center for the Disabled in Winter Park, Colo., (www.nscd.org) and Vermont Adaptive Ski and Sports (www.vermontadaptive.org) also offer programs and activities appropriate for these families.

As for Shannon Gunn, she and her twins just got back from Oregon and are looking forward to a Disney Cruise at Christmas. “Every time I take my child someplace,” she says, “We all win.”

If you are traveling with a child with Autism Spectrum Disorder, here are some tips from the experts to make the experience easier:

— Preparation is the best defense. Call ahead and inform the airline, hotel, resort and cruise line of your child’s condition and ask what special accommodations are available. Ask if you need a fridge, inside room, etc. Bring your child’s own sheets, if you think that will make him more comfortable.

— Select an environment your child can handle.

— Talk online with other parents who have been there, done that. Simply Google the destination and kids with autism and you likely can connect with a local parent’s group.

— Book low season on a cruise or at a resort like Club Med so there will be fewer children and the staff will have more time to devote to yours.

— Travel by car if you think flying will be too difficult. Opt to stay someplace where you can eat some of your meals in your room.

— Be forthright explaining the situation to those you meet.

— Develop “social stories” complete with pictures that explain to your child exactly what you will be doing and where you are going.