Who Knew? A Trip to the Fire Station in the Falkland Islands 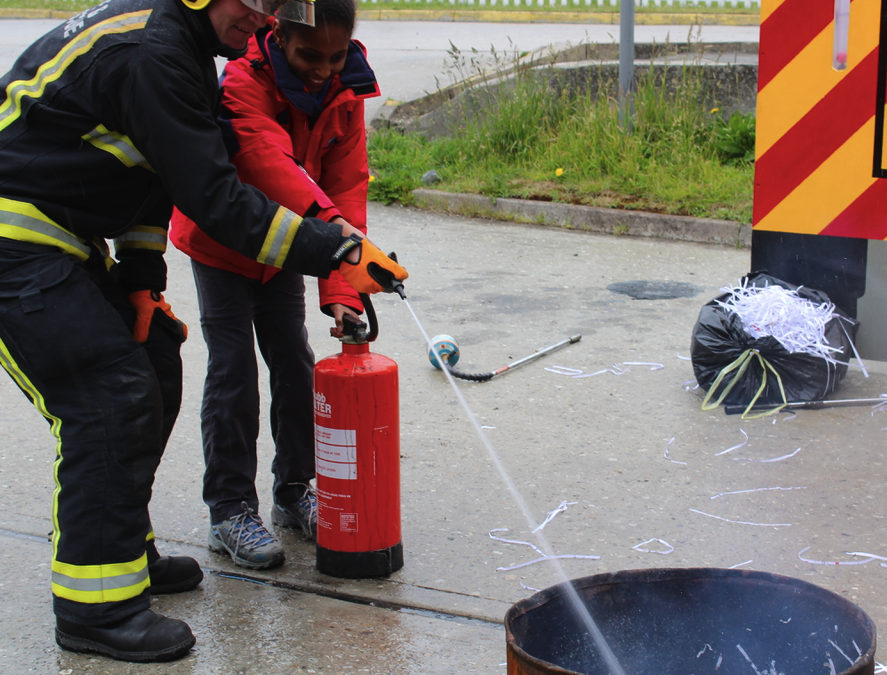 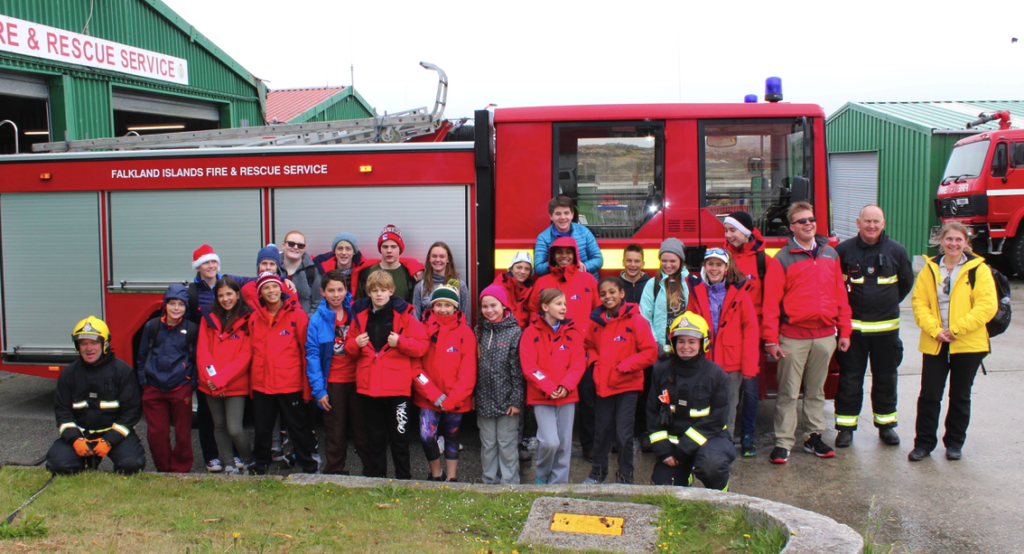 STANLEY, FALKLAND ISLANDS (DAY TWO) — The fire trucks pull up to our ship Le Boreal in the Falkland Islands, sirens blazing and lights flashing. But there was no emergency.

In fact, passengers were all smiles taking pictures as the kids all jumped out of the trucks. The Falkland Islands Fire Department invited Abercrombie & Kent’s Young Explorers — no parents allowed! — in tiny Stanley (population 2,500) to become firefighters-in-training. They put out fires with heavy fire extinguishers, shot water out of the hose trying to aim at the designated spot, crawled through a tangle of wires blindfolded (as firefighters do for training), saw the trucks’ equipment — axes and O2 tanks and “jaws of life” plus first aid gear — and then the best part, the ride back to the ship in the fire trucks.

Even the teens were impressed. “Riding shotgun in a fire truck….how cool is that?!” said Charlie, 15, from New York City. 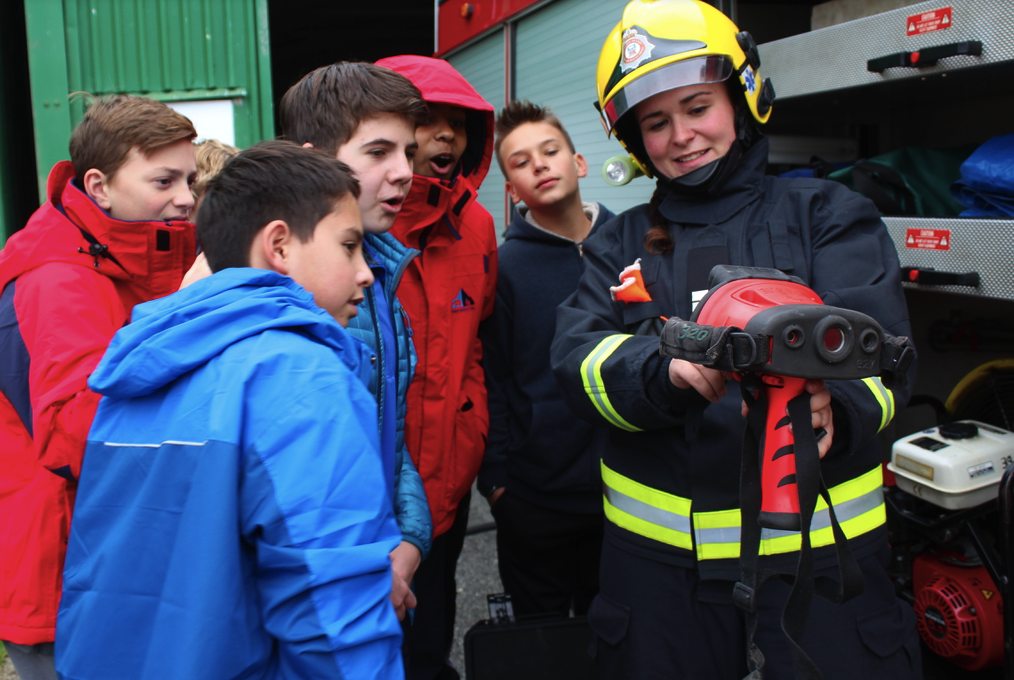 “This is a much fun as seeing the Rockhopper penguins,” said Kevin, 12, from suburban Chicago whose opinin says a lot because “Penguins are my favorite animal.”

High praise from a middle schooler. It’s also impressive that after a morning bumping   off-road in the mud to the Rockhopper penguin colony or visiting a sheep farm or learning how to harvest peat for fuel, nearly two dozen of the kids on board Le Boreal from 10-17 opted for the firehouse experience. 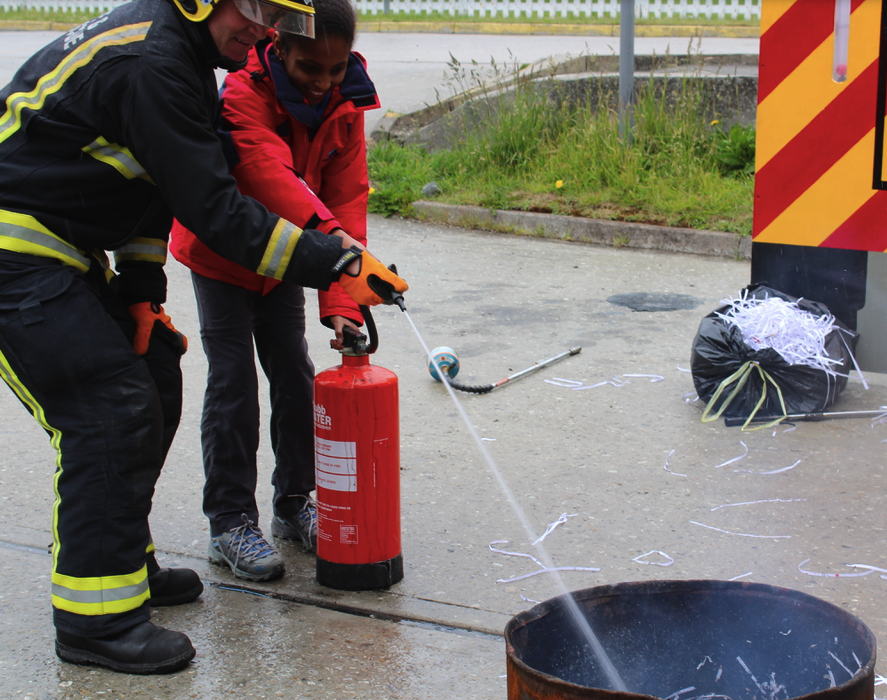 They clapped and high-fived each other as they made it through the obstacle course and put out fires. Firefighter Gene Bernsten instilled some fire safety lessons along with the I-can’t–believe-I’m-doing-this experience.

Vicky Collier, a 24-year-old firefighter, explained that like many kids who grow up here, she went off to Britain for her last two years of high school. After living in the Falkland Islands, where everyone knows each other and has for generations, going to boarding school in Winchester, England wasn’t easy. “For the first six months, I struggled to go outside myself,” she said. “Walking into a room and not knowing anyone was really hard.”

In the morning, the kids and the parents had fanned out on different adventures—some driving for miles over peat bogs to see hundreds of Rockhopper Penguins, others to visit a sheep farm or explore the Falklands unique history.

“The guide made the city tour fun,” especially the peat-cutting lesson, said Lake, 12, who lives in New York City. That’s high praise from a kid on a city tour. She was most impressed that weather forecasts include the risk level for newly shorn sheep

Charlie and his family visited a big (2,300 acres) sheep farm “where they live at the edge of the ocean in the middle of nowhere,” said the teen, impressed on how life couldn’t be any more different than living in the middle of New York City.

As for the Rockhopper penguins (unique for their fancy feathered eyebrows as well as their hopping on rocks), “I saw them hopping and making their weird noises,” said Kevin. “A couple of them waddled over and were looking at us like who are these creatures?” 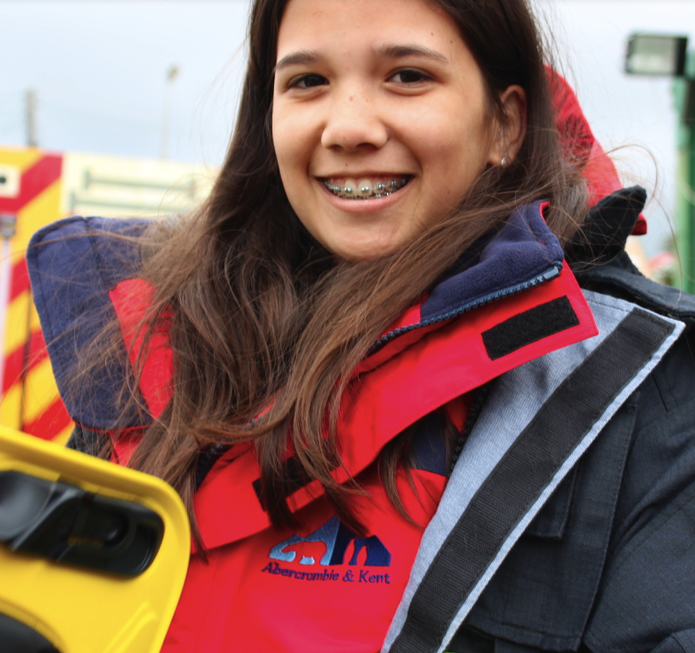 “They were really, really loud but not really stinky,” reported Ciara.

Others thought the bumpy ride over the peat bogs were the most fun. “It was really bumpy so it was fun because of that,” explained Marcos,12, from New Jersey, reporting that some of the vehicles got stuck in the mud, adding to the drama and excitement.

The fun was decidedly not over when the kids got back to the ship. They were having their own mocktail and pizza party.

“I wonder if I’m going to see my granddaughter the rest of the trip,” said Paul Brocchini, traveling with his granddaughter Lena, 12. And then he smiled broadly.

Happy kids mean the adults traveling with them are happy too.