Who says Disney cruises are for little kids? 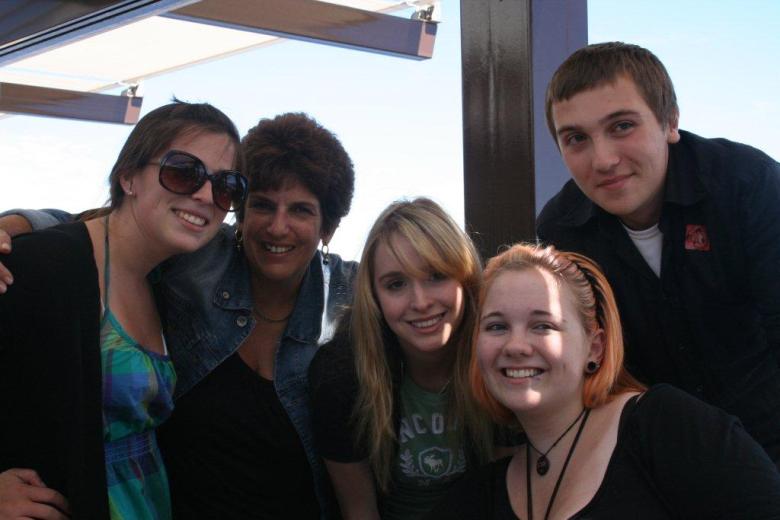 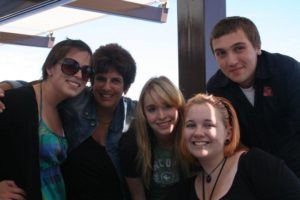 It is 10:30 p.m. on the first night of a Mediterranean cruise and The teen club, appropriately named “The Stack” on deck 10 of the Disney Magic is packed with 100 teens and their three energetic counselors.

The kids—there are 269 aboard, more than 1,000 kids in all–are from all over the world.  Well over a third of the passengers on the Florida-based cruise line are from Europe and elsewhere outside the United States.

The two 14 year-old boys we’ve got with us don’t  go to The Stack. They are asleep—still jet lagged from the long flight from New York. But earlier, they’d stopped by and declared the crew “too friendly,” and didn’t want to have anything to do with the place. That’s the thing about traveling with kids of any age. There can be the best youth facilities in the world—and Disney’s are pretty spectacular (www.disneycruise.com)—but the kids have to want to participate.  (On this ship, roughly 85 per cent will,  Shannon Quinn, the youth manager tells me later, including our two who dramatically change their tune as the cruise progresses.)

From an adult perspective, it seems The Stack (completely removed from the  three youth centers and on-board nursery for the younger kids) seems well appointed for teens–comfy couches, giant screen TV blasting music videos, the latest XBox,  Wii and yes, even old fashioned board games, free soft drinks and three counselors who seem to speak the teen’s language. There are promises of smoothie hours, Karaoke ,  glow stick dodge ball, and most important, a place  they can gather away from adults and pesky younger siblings until 2 a.m. They can bring food up (pizza, burgers, ice cream..) from the deck below or go grab a snack with new friends.

“It’s nice to have a place to go without parents,” says 16- year-old Amanda Emberson, from Dallas who has been on a dozen Disney cruises, this time traveling with her grandparents . “Disney is great for little kids but they are very accommodating for older ones too.”

No, Disney isn’t too babyish,  asserts  Amanda Montalvo, 17, cruising with her mom to celebrate her high school graduation. “I love Disney. The movies make me cry!”

There is also the chance to explore foreign cities and cultures—the reason their parents chose this cruise in the first place.  These teens —hopefully—are old enough to appreciate Great Sites like the Vatican, Michelangelo’s David and Pompeii. But they aren’t  necessarily ready to immerse themselves in a foreign culture 24/7 stuck like glue to their  parents in unfamiliar cities where they don’t speak the language and don’t know their way around.

On a cruise like this,  they get a taste of what foreign travel has to offer—“The  Greatest hits,” one mom suggested, knowing that at the end of a long, tiring day sightseeing they can come back to a  comfortable place where they can have a burger or a slice of pizza, relax in the hot tub with their friends and compare notes. They don’t have to pack or unpack or even eat dinner with their families, if  their parents agree.

They love the days at sea, of course,  when they don’t have to get up early and no one is forcing any culture or museums on them and they can sleep as late as they like.

No wonder the  teens in the know are already talking about the new Disney Dream, set to debut in January which will have a 9,000 square foot indoor/outdoor space with their own private deck, wading pools with misters, ping pong and foosball and the chance to create and edit videos, access the special onboard social media and more.

“Don’t hang out in the stairwells,” the counselors tell the kids. “The security guys will make you move so you might as well come up here.”

“We make them laugh,” said teen counselor Laura  Evans, who is from England.

Tip for teens cruising for the first time: “You have to go to the Stack the first day to make friends,” says 16 year old Susannah Leeds  a New Yorker and  veteran of 10 Disney Cruises—and to  decide –with a lot of help from the counselors who appear in various costumes (Harry Potter, 70s Rock Star, super hero) what they will doing the first couple of days of the cruise.

The best part: The teens are engaged. And though this 11 day cruise is just a few hours old, they seem to already be connecting with other kids on board. That’s a very good thing because as any parent knows who has traveled with a teen, if the teens are happy, everyone is happy. If they are sulking, mom and dad are miserable . “Don’t knock the Disney cruise until you go,” says 18-year-old  Kayla Collazo, who is from Suburban Chicago and chose this trip as her high school graduation celebration.   “Even if you aren’t a Disney person, you’ll love it. There is something for everybody.”

Even college kids who can’t drink on board (Though we are in Europe, Disney adheres to U.S. law on board which prohibits drinking under 21)  give the cruise a thumbs up.

“Good family time. I never see  my family at home,”  says  19-year-old  Aryana   Geit who is from Waterloo Ontario.  “ And you get to relax and swim and eat  as you are moving from country to country.

A lot better than sitting on a train or a bus!”

For grown ups too.

For more on Eileen’s adventure in the Med aboard the Disney Magic, read her travel diaries