Why Cuba? History and reconciliation and the recipe for Cuban life 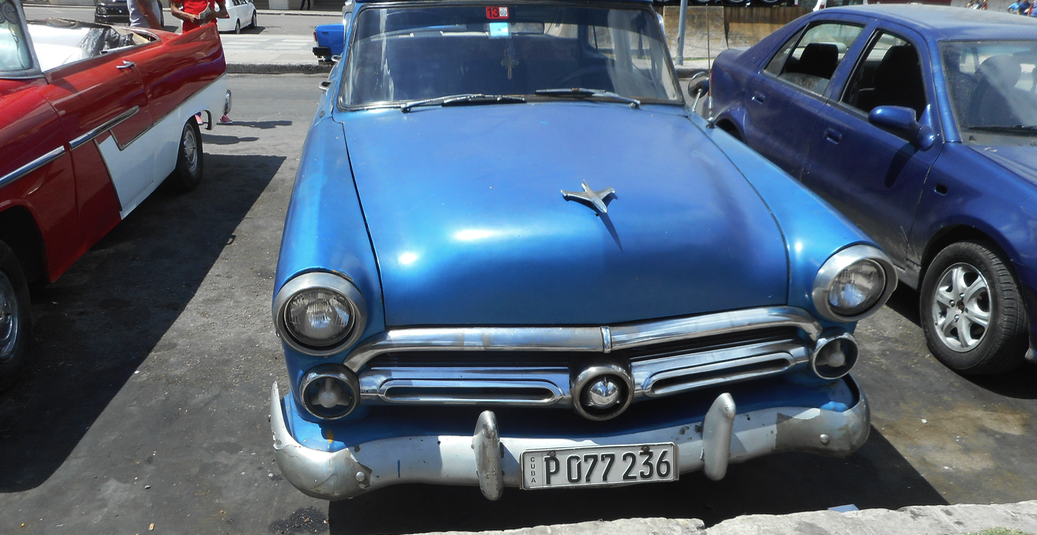 HAVANA, Cuba – As a kid growing up in the late 1950s and early 1960s, son of a military officer and a future journalist, Cuba was a major, through brief, presence in my life.

In 1960, I remember the first of several Cuban refugee kids arriving at my school in Austin, TX. In October 1962, during the 13-day Missile Crisis, my father had us all prepared for the possibility of a nuclear war, too horrible to even contemplate. I earnestly followed the news on TV and read every word of coverage of the crisis in the morning newspaper before I delivered it to my paper route customers. In school we practiced the ridiculous “duck and cover” drill that was meant to protect us from nuclear bombs. The nuns told us it was “not a sin to pray for the death of  tyrant” (Fidel is now almost 90 and has survived numerous assassination attempts; enough said).

For the next half century, as the Cold War receded and ended, Cuba remained an enigma in the mind of most Americans. I had Cuban-American friends and colleagues but like most Americans, the largest Caribbean island nation was a blank spot on the map and in our minds because of the way-too-long freeze in diplomatic and economic relations. So when President Obama began re-engaging in this decade, I knew there would be a re-kindling of interest in all things Cuban.

Aboard the Fathom Adonia, the first American cruise ship to sail to Cuba since the late 1950s, I saw that re-kindling first hand. There were passengers of Cuban descent eager to return for the first time; history buffs looking for a chance to make some history for a change; even a classic car aficionado who wanted nothing more than to take photo after photo of the vintage 1950s American cars that are ubiquitous in Havana (so are Italian Latas and Fiats from the same era but who cares about that?) Remembering how hot and stuffy those old cars–even the new ones–were back in my youth I had no real desire to ride around in one.

The handful of kids on this first Cuba cruise were also eager to make history. “I studied about Cuba in school,” one youngster told me. “Me too–from under a desk,” I responded. She didn’t get the joke.

Arriving in Havana we were warmly greeted by huge crowds who lined the harbor entrance under the broiling sun to greet us with great enthusiasm. Adonia’s passengers reciprocated, waving Cuban and American flags as the ship’s horn loudly announced our docking. Going ashore, we were further embraced with handshakes, high-fives and warm hugs. Even kisses. One Carmen Miranda imposter, hustling street photos, planted a big lipstick smack on my cheek that remained there all day.

The Lonely Planet Cuba guide describes the “Recipe for Being Cuban” as “a dose of World War II rationing, a pinch of Soviet era austerity, the family values of South America, the educational values of the US and the loquaciousness of the Irish.” I guess that about sums it up.

We were surprised at how many Cubans spoke passable English despite the decades of official hostility to Estados Unitos. Everywhere we walked, passersby asked to know where we were from. Yes, there was a smattering of in-your-face panhandling, but you will find that in any large US city as well.

Engaging with locals, of course, is easier if you speak Spanish, which I don’t. But some things transcend the language barrier – like the music. Everywhere we went there were street bands playing. It became a running joke among the Adonia’s tour groups about how many time per day we heard a rendition of “Guantanamero,” the song sung to the lyrics of 19th Century Cuban revolutionary hero and poet Jose Marti about a woman from Guantanamo province.

The same was true with the old American cars. The owners were eager for you to take their photo, as well as to pay for a ride.

We spent the better part of two days in Havana, including a great tour of the national art museum and a visit to “Revolutionary Square” where Fidel Castro gave his long-winded “Cuba Si, Yanqui No!” speeches over the decades. We ate lunches and dinners in Cuban restaurants (counter intuitively, you will not find spicy food here). Some of the party-hardy passengers even went to the venerable Tropicana Club for a late-night soiree of music, drinking and dancing.

Also surprising to me was the noticeable absence of police or military in the streets. We never felt that we were being watched or monitored and you could opt out of the official cruise tours and strike out on your own (indeed we even met an American backpackers and offered him a ride back to central Havana on our tour bus).

There seemed a reluctance to discuss politics, Cuban or American, during our time here. One of our tour guides, in his mid-30s, was happy to talk historically about the Bay of Pigs and the Cuban Missile Crisis. He said there is a story told in Cuba about how Fidel Castro, mad at being duped by Soviet leader Nikita Khrushchev into accepting the infamous nuclear missiles on the island, went to Russia the next year and, while on a hunting trip, fired his gun near Khrushchev’s ear. I told him our story of Dick Cheney shooting his hunting companion, who apologized for being in his way.

This trip only whetted my appetite to return, particularly when the tourism infrastructure is improved. There are plans already for major hotel restorations in Havana and other cities. More cruise ships will likely be granted access to Cuba by the end of the year.

People here appear to be focused on the future and have no apologies for things past. The consensus seems to be that communism has morphed into “socialism lite” and will only continue to evolve with the re-engagement of Cuba and Estados Unidos. To that I say, “Cuba Si, Yanqui Si!”