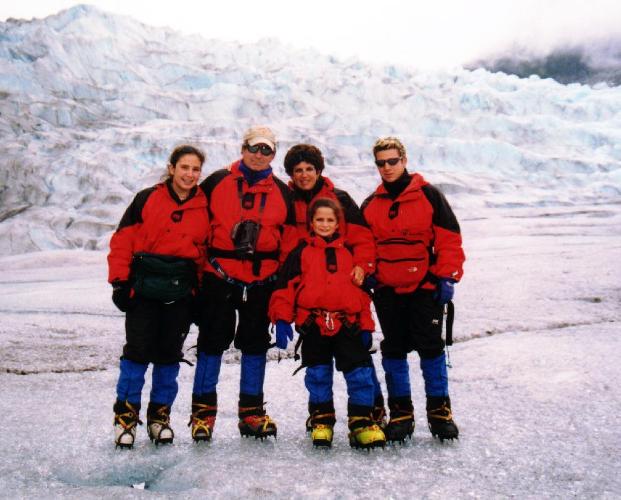 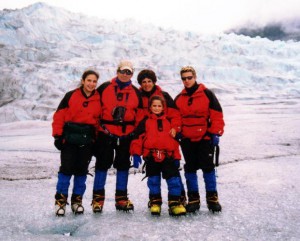 Rule One: The kids are the leaders.  Rule Two: We follow — happily — most of the time anyway. We all know the dirty little secret of family travel: If the kids are happy, the grown-ups are happy, and it doesn’t matter whether you are in a five-star resort in Scottsdale or a budget cabin in the Ozarks, on an once-in-a-lifetime trip to Costa Rica or camping in the nearest state park. If the kids are whining they are bored or if they won’t stop texting, we all wish we hadn’t spent the money to leave home — with them anyway. And we can’t return a vacation gone awry, like we can a sweater that itches or a pair of boots that pinch.

That got me thinking about some of our successful trip — and, believe me, even the experts like me have duds. Whether the kids were mine or someone else’s, I realized — sometimes belatedly — that the best times were had when we took our cue from the kids and let their passions-of-the-moment dictate. It didn’t matter if I thought the coolest thing in the world was the chance to fish for salmon on Alaska’s famous Kenai River if the young teenage boy accompanying me didn’t want to get up at 4 a.m. Ditto for the special children’s tea with all of the accompanying frou-frou sandwiches at New York’s iconic Russian Tea Room, if the visiting 5-year-old girl was bored — and didn’t like tea. And then there was the trip to the deluxe Mexican Riviera beach resort that I thought my 22-year-old daughter would love. Unfortunately, my wilderness-loving daughter was bored silly lying around the pool, no matter how beautiful, and pined for her boyfriend.

When I let the kids lead the way, I got to see places — even places I’d been before, like Yellowstone and Yosemite National Parks or San Francisco in an entirely new way. I did things I wouldn’t have otherwise, like shopping second-hand stores with my daughter in Sonoma’s quaint Healdsburg, riding an old-fashioned train with young cousins to the Grand Canyon or hitting a mall packed with locals in Anchorage with two eighth-graders.

There was another plus: Since the kids got to do more of what they wanted, they were more amenable to doing what we wanted — on occasion anyway. In the hopes that this will give you some ideas for your 2012 travels, here are some of my winners:

SAILING AWAY IN PARADISE. The key was sailing. The trip was a high school graduation gift for my daughter Mel and her three BFFs from Camp Kamaji in Minnesota who had spent every summer sailing together since they were nine. We opted for Tahiti — just a couple of hours farther than Hawaii we reasoned, and a trip of a lifetime for the girls. And it was, especially thanks to our Tahiti Yacht Charter Captain Turo Ariito, a prize-winning sailor straight out of a Gauguin painting — huge, muscular, with a long mane of hair. The father of teens himself, he had a winning way with the girls and took us to places we never would have found on our own — the best snorkeling spots we’d ever experienced, local festivals, a vanilla plantation and black pearl farm. We got also got a chance to catch a huge Mahi from our sailboat. Paradise isn’t always paradise when traveling with kids. This trip was.

SKATEBOARDERS RULE. It’s vacation and the teens are up before 8 a.m. That’s because the two seventh-graders, both avid skateboarders, are heading to the world’s second-largest skateboard park — Black Pearl in the Cayman Islands.   And though there were plenty of other attractions in the Cayman Islands — especially the famous Seven Mile Beach, and the spectacular pool complex at the www.Westin.com — the boys opted for the skate park every chance they got. They were happy campers. So was I.

CALLING ALL JUNIOR RANGERS. The 5- and 7-year-old were excited by everything they saw at The Grand Canyon — the fossils, the different colored rocks, the ravens and the mules we saw as we hiked a short ways down into the canyon — and that made us excited too. Nothing excited the two kids more, though, than their Junior Ranger badges, earned by a series of park activities. Their activity books kept them so thoroughly engrossed that we were able to enjoy an unexpectedly relaxing dinner at the historic El Tovar hotel with them. That trip made me realize that kids can get as excited about the outdoors and the spectacular sites in our national parks as they can about the latest video game or rollercoaster.

REUNION ON SNOW. Peppermint S’mores. Ice cream sundaes. Bright turquoise gummy butterflies. Welcome to apres ski — family style — at the new Base Village at Snowmass, by far the largest of Aspen’s four mountains. It’s also family snow sports central with its Treehouse Adventure Center and its own climbing “wall” for preschoolers. We loved Snowmass so much we’ve chosen it yet again for a family reunion—this winter with grown kids. The key, whatever the kids’ ages– plenty of space to spread out (the condo and the mountain provides that) and activities they love — whether racing down a ski slope, practicing tricks in the terrain park or, in the case of our grown son and nephew, plenty of après ski action. (Check www.aspensnowmass.com/deals and don’t miss the resident Golden Eagle at the free Aspen Center for Environmental Studies.