Will the mountain come out for the views of Cape Town and Robben Island? 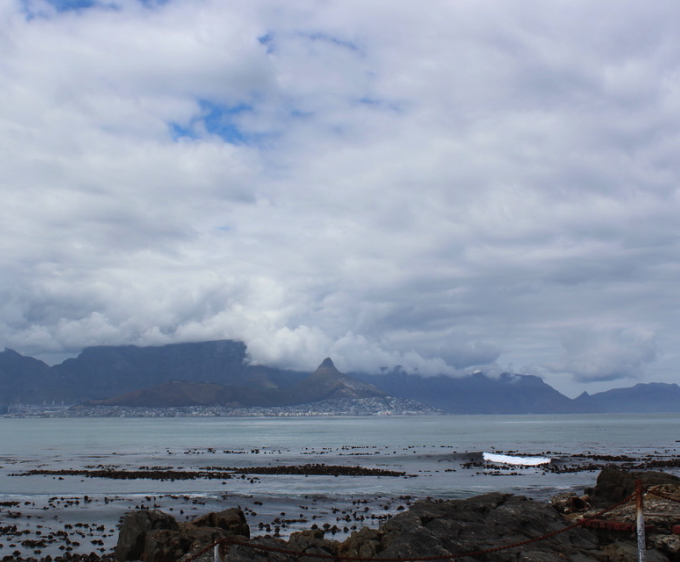 There is zero visibility at the top of Table Mountain, one of Cape Town’s most popular tourist attractions reachable only by foot or cable car.

But how can we leave this beautiful city without visiting one of the oldest mountains in the world, one designated by Nelson Mandela in 1998 on World Environment Day as “a Gift to the Earth,” and one selected in 2011as one of the New 7 Wonders of Nature.

Some 27 million visitors have ridden the cable car up, 65 people at a time. Our Abercrombie & Kentguide, Louis Vin Niekerk, who has lived in Cape Town for 40 years counsels patience. “The mist will lift,” he promises. “The weather is always changing.

So we take a spin around downtown Cape Town, past the Company’s Gardens, which started as a vegetable garden for the Dutch East India Company Signal Hill, where flags were flown and blasts fired to alert early settlers that a ship was coming, to bring their goods for sale. We pass City Hall, where a statue of Nelson Mandela was just unveiled this past summer on the balcony overlooking the Grand Parade. It coincided with celebrations to celebrate the global icon’s centenary year. The nearby Iziko Slave Lodge, one of the oldest buildings in South Africa, was once home to as many as 1000 slaves. And there is the stone Castle of Good Hope—more like a stone fort, built by the Dutch in the mid 17thCentury. 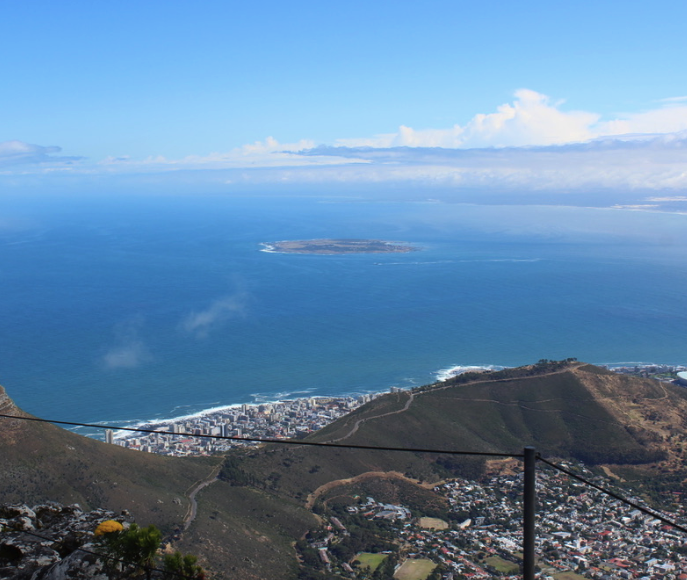 But we don’t dally. We are on a mission to make it to the top of Table Mountain as the mist lifts but before the crowds arrive. On a good day, our guide tells us, waits can stretch for more than an hour to get up the cable car that first opened in 1929.

If you have the time, you can make a fairly easy hike up the mountain or back down; there are  free guided walks around the top every hour and longer treks  to Kirstenbosch Botanical Gardens. If only we had more time!

Instead, we opt for the 40-minute Klipspring Walk along pathways and rocks still slick from the early morning rain above the Platteklip Gorge, admiring the views of the city and the ocean when the mist lifts and marveling at how quickly it envelops us in clouds again. 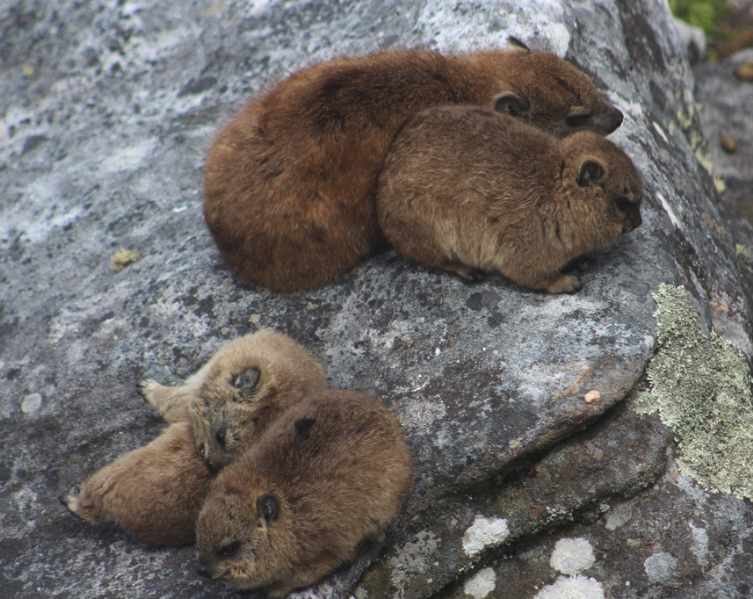 Dassies at the top of Table Mountain

We’re entertained by “Dassie,” and her kiddos, a family of Rock Irex (Dassie is what they’re called by locals), who don’t seem to mind the cluster of humans taking selfies and videos. It’s hard to believe these small furry creatures have anatomical similarities to elephants.

There are beautiful flowers—yellow and red—and we learn that this area is the smallest of the world’s six plant kingdoms with over 8,500 species, some of which grow nowhere else.

Table Mountain, so named because the flat top does look like a table, is at least six times older than the Himalayas. To Nelson Mandela and other freedom fighters imprisoned on Robben Island, their view of the mountain represented freedom; to locals today, it is the spiritual heart of the city.

Well worth the wait.